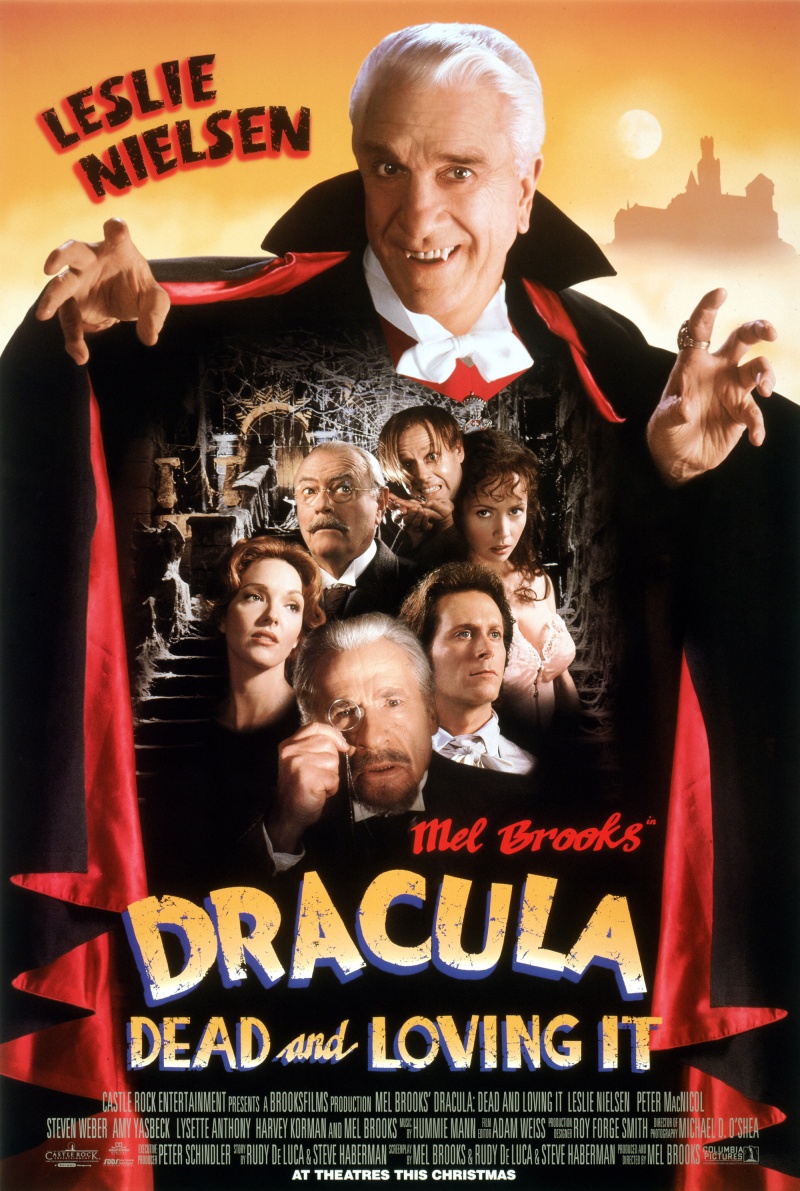 This post is the sixteenth in my 31 Days of Vampires! series for October 2014. 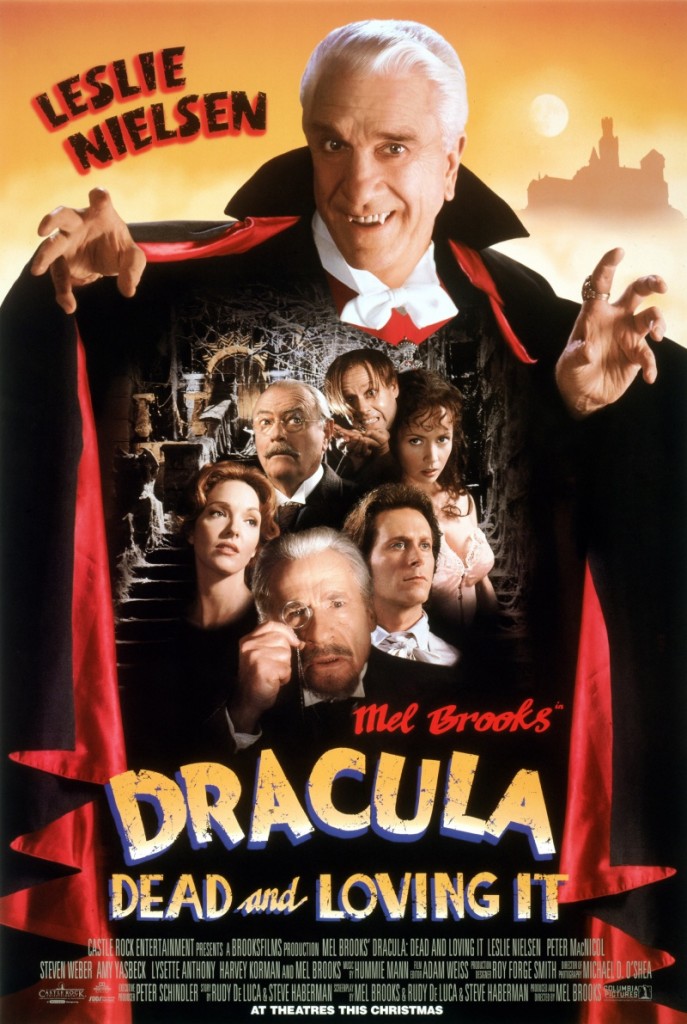 Let me just point out that if any other director attempted the gags that Mel Brooks does, I doubt they would get laughs – probably groans. But there is a delightfulness and innocence to his comedy. We know we’ll see heaving bosoms, cantankerous old folk, a quality cameo or two (in this case, Anne Bancroft), lots of silly wordplay and physical gags – and we know we’re in for a goofy time.

In Dracula – Dead And Loving It! we get all the above via a sly little send-up of several vampire films, most notably 1992’s Dracula, 1979’s Dracula, and 1922’s Nosferatu. The recent commercial success of Francis Ford Coppola’s 1992 film had provided ample opportunity to burst the bubble of the vampire’s mystique.

Leslie Nielsen as the Count is adorable (when is he not?). Mina and Lucy (Amy Yasbeck and Lysette Anthony, resp.) seem to be enjoying themselves – especially Anthony. Peter MacNicol, as Renfield, is asked to carry much of the comedy – which is less fun. Steven Weber plays the uptight fiance of Lucy, Jonathan Harker. In one of the funnier scenes, he reacts to his the undead Mina’s sexually-forward manner:

But Lucy… I’m engaged to Mina. And you’re dead!

Well… I’m not, ‘un-engaged.” [He disentangles himself.] Thank you.

Jonathan, let me kiss you. Let me show you the deep, raw passion of unbridled sexual frenzy.

The film also knows when it’s cute, and parks there a few times. For instance: in mocking the most famous bit of 1992’s Dracula costumery – what a friend of mine called “Gary Oldman’s butt-hair”, and a running gag where the Count and Dr. Van Helsing spar for the last (Romanian) word between them. Even the sight gags and shtick are, in Brooks’ form, prone to inspire a giggle – suck as Jonathan Harker’s unfortunate duty of staking an erstwhile friend, and Nielsen sporting bat-ears after he transforms.

If you’re fans of Brooks – or of Leslie Nielsen, or of goofy family-friendly comedies (PG-13), make sure to check this film out this Halloween season! 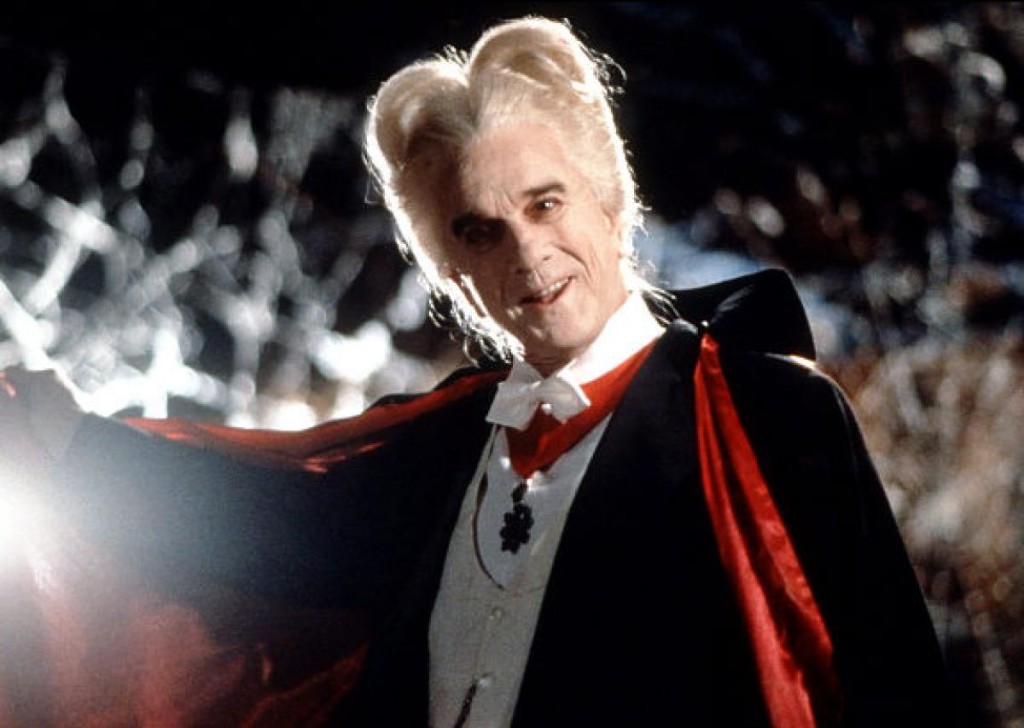