This post is the twentieth in my 31 Days of Vampires! series for October 2014. 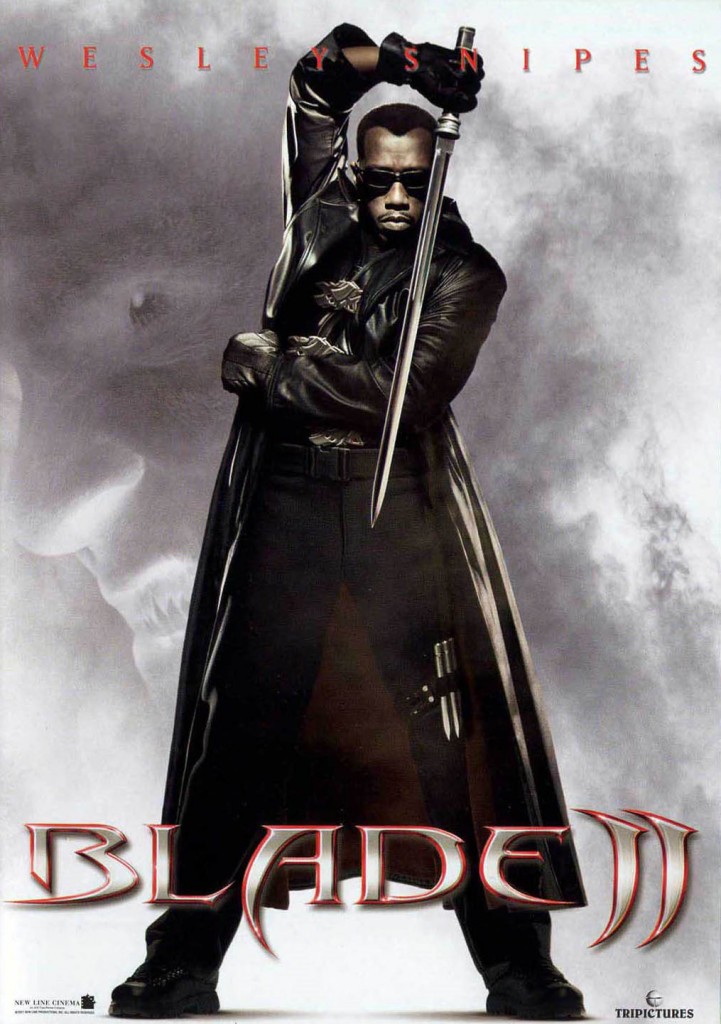 Blade II, released four years after the first film, received a significant update in style. The action film is stocked with a whole new cast of creepy monsters, primordial beings, and ugly thugs – many of them played by favorites of the director (Luke Goss, Thomas Kretschmann, and Ron Perlman), As Roger Ebert said about this film: “the movie has been directed by Guillermo del Toro, whose work is dominated by two obsessions: War between implacable ancient enemies, and sickening things that bite you and aren’t even designed to let go.” And I would add to that list: family legacy, and all-too-human gangsters – because those are ever-present in del Toro’s work as well.

Despite an ensemble cast, the plot is that of a pedestrian sequel: now vampires and humans have a common enemy, huge packs of even-more-horrible creatures called Reapers. Lots of new characters means lots more getting killed off. Inevitable betrayal and a resurrection or two. The franchise has completely lost interest in vampires per se and is more interested in the director’s own themes.

In Blade II, an early mainstream budget feature that followed Cronos and Relic, del Toro continues to whittle on the sticky type of action epic he’d come to perfect in Hellboy, and especially Hellboy II: The Golden Army. The film is also packed with acting talent and acting charisma – Snipes (moving a little slower than the first film), a still-looking-pretty-damn-good-shirtless Kristofferson, Norman Reedus (“The Walking Dead”, The Boondock Saints), Danny John-Jules (“Red Dwarf”), and Tony Curran (“Defiance” – but also, tons of other stuff).

Fans of millennial gothic horror fantasy, your ship has come in! But as a cinephile I loved the ensemble cast and enjoyed the general upbeat pacing of the thing. 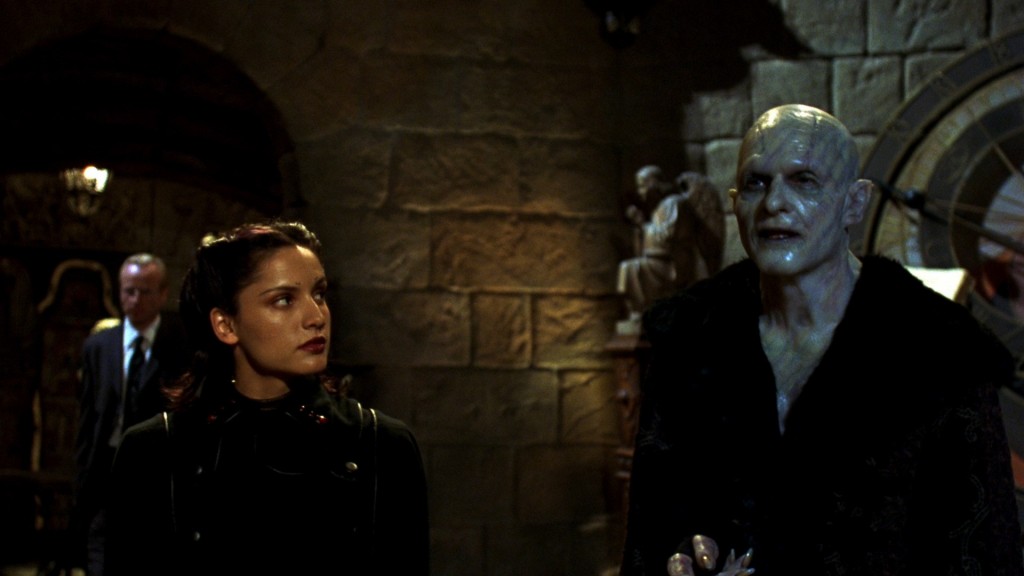