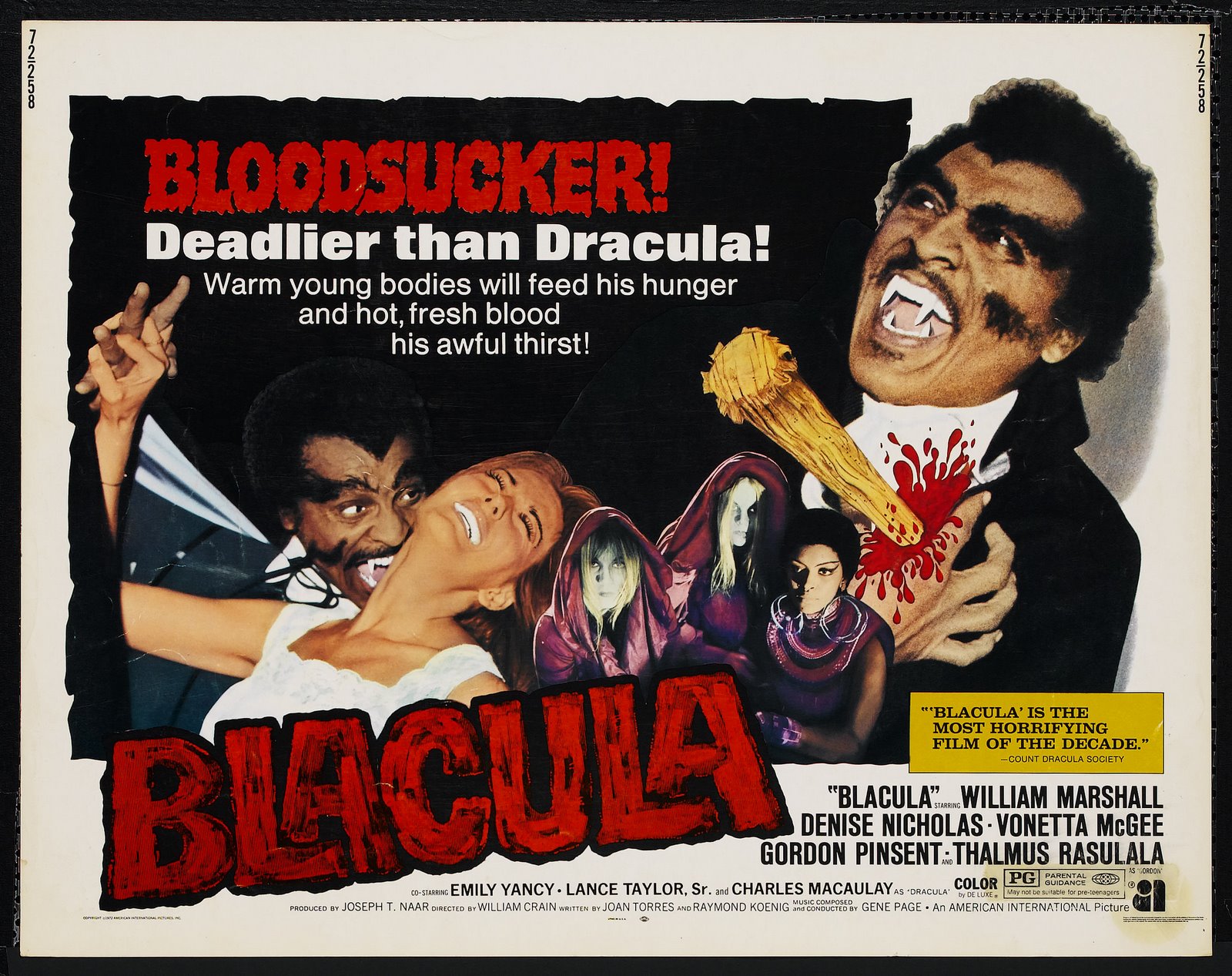 This post is not only our feature for our Tuesday night B-movie viewing (see the comments for viewing transcript), but is also the twenty-eighth in my 31 Days of Vampires! series for October 2014. 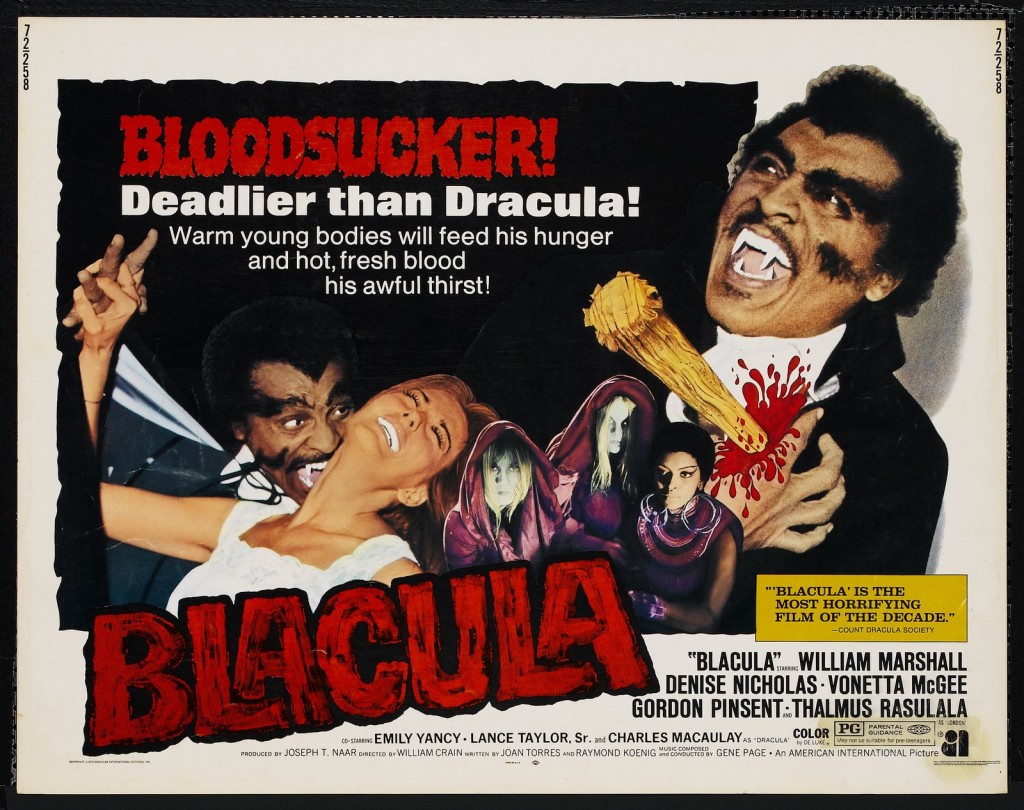 “An ancient African prince, turned into a vampire by Dracula himself, finds himself in modern Los Angeles where his coffin is unwittingly opened by two interior decorators.”

So, in no way does this sound like it will end up being ridiculous.

In researching the film I was surprised to see it had won the best Horror title in the inaugural year of the Saturn awards. I am trembling with hope that this distinction means it isn’t really, really terrible. But as my 9:30 start time approaches – that hope seems as distant as the sunrise. 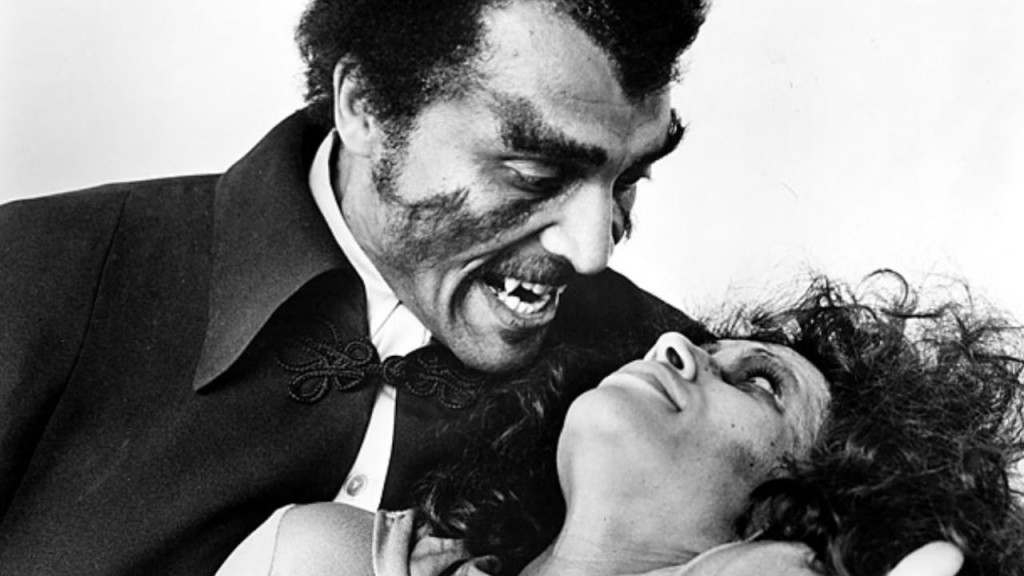 It’s easy to get a copy of this film – it is available both through Google and Amazon (see links below). A few minutes before nine-thirty tonight, start the film. After the “American International” logo fades, pause the film. Resume at 9:30 PM. You can follow along at twitter.com/BmovieBFFs, or “Like”/comment/enable Notifications on this Facebook thread.