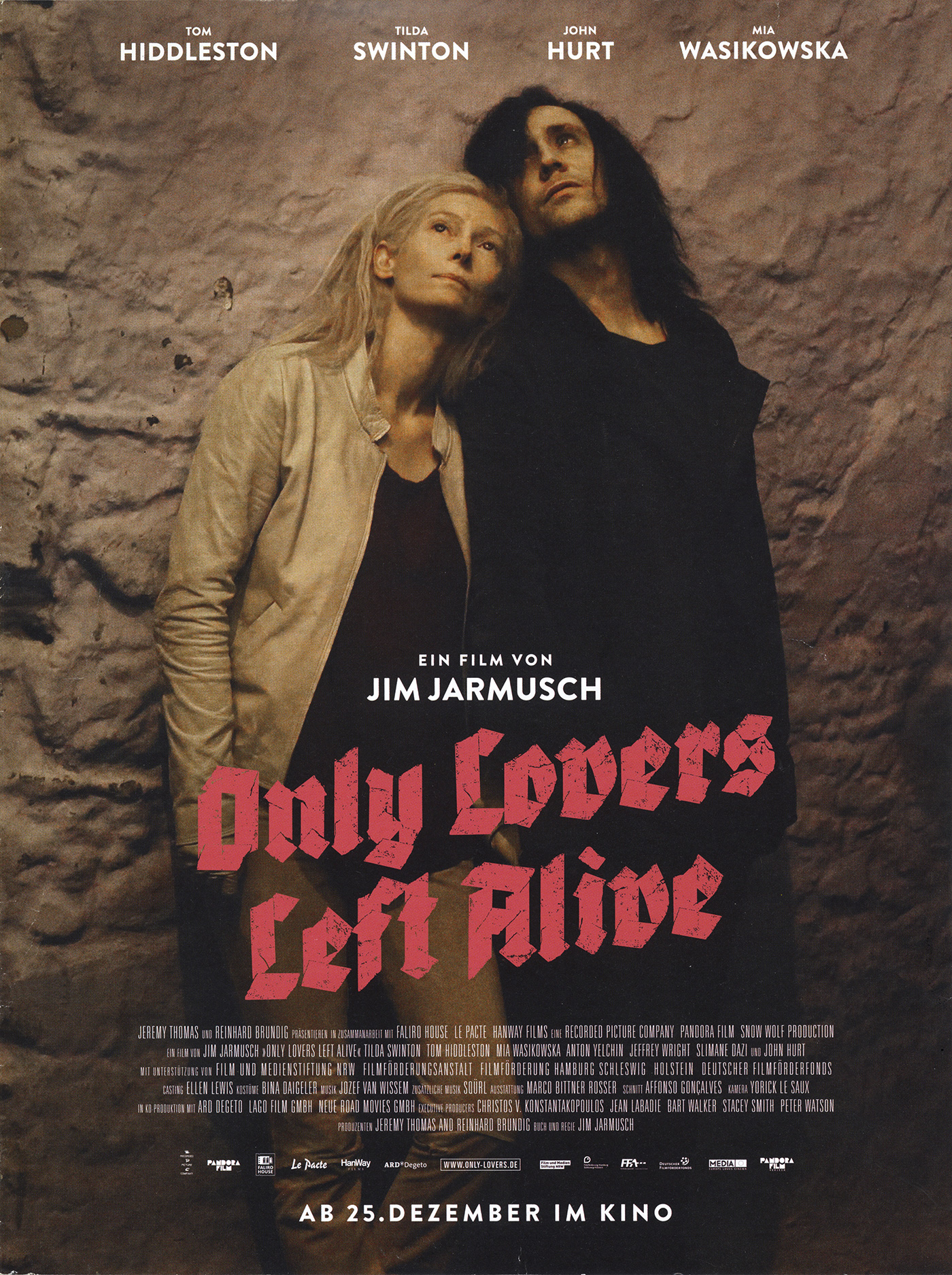 This post is the second in my 31 Days of Vampires! series for October 2014. 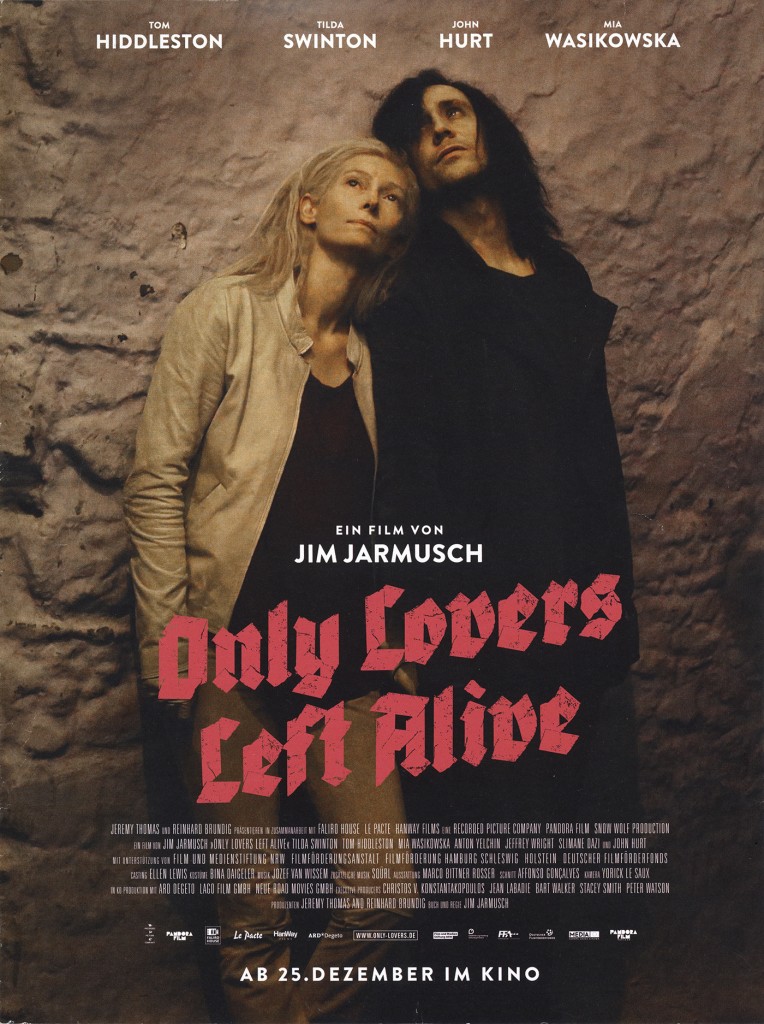 For god’s sake, don’t watch the trailer. Or do, if you want to just watch a short version of every salient point, if there is a point, to this film. In the characters played by Hiddleston and Wasikowska we have the age-old problem of boredom; in Swinton and Hurt the problem of survival (human blood, it seems, isn’t holding up well as a healthful tonic for the undead). One mis-step and the two problems collide with potentially deadly results for the immortal.

Cute as it is, this movie has little going for it in terms of anything new to the bloodsucking genre. But it does boast a stellar soundtrack and score (truly), ennui-sexy vampires, and beautiful costume and production design. 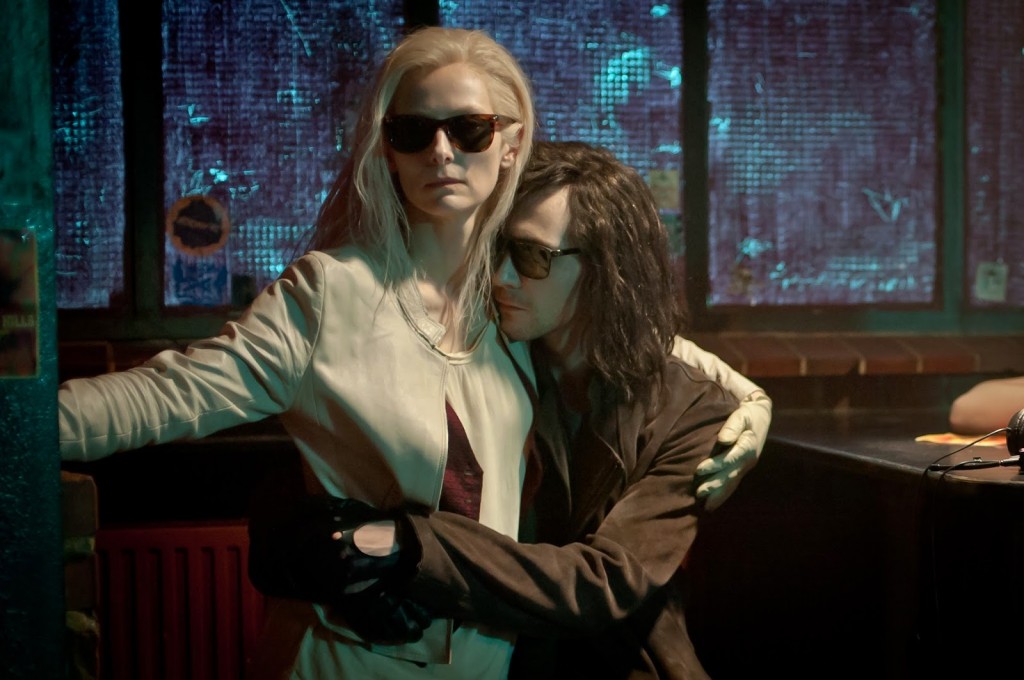 Oh my gosh. Even with this whole annoying-looking scene going on, TomNomNom is still pretty tasty. Who can help it. He just seems so SAD! 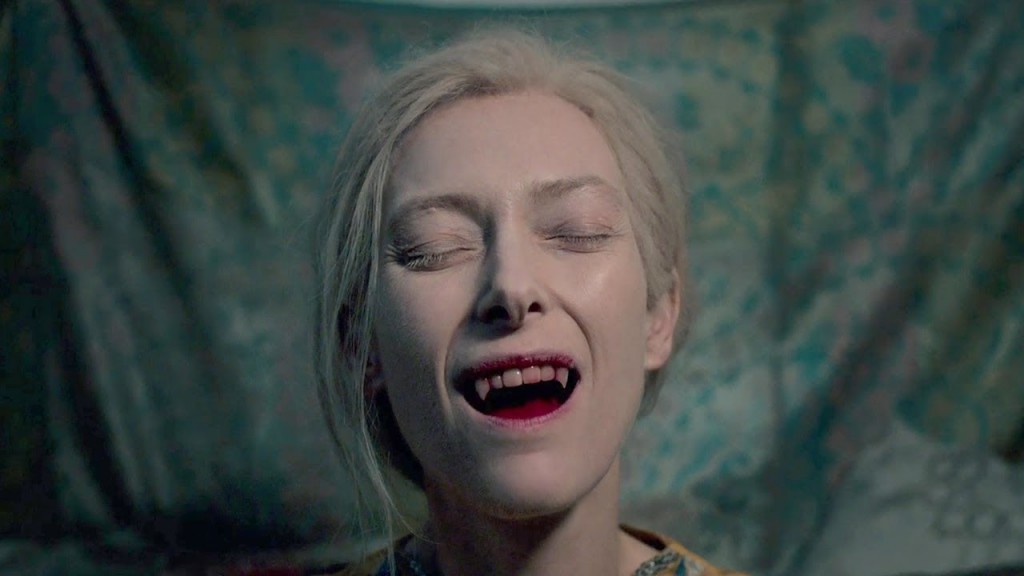 Being a vampire ROCKS! … but in this totally moody, evocative way.

For vampire fans: 3 out of 5 stars… but great music.