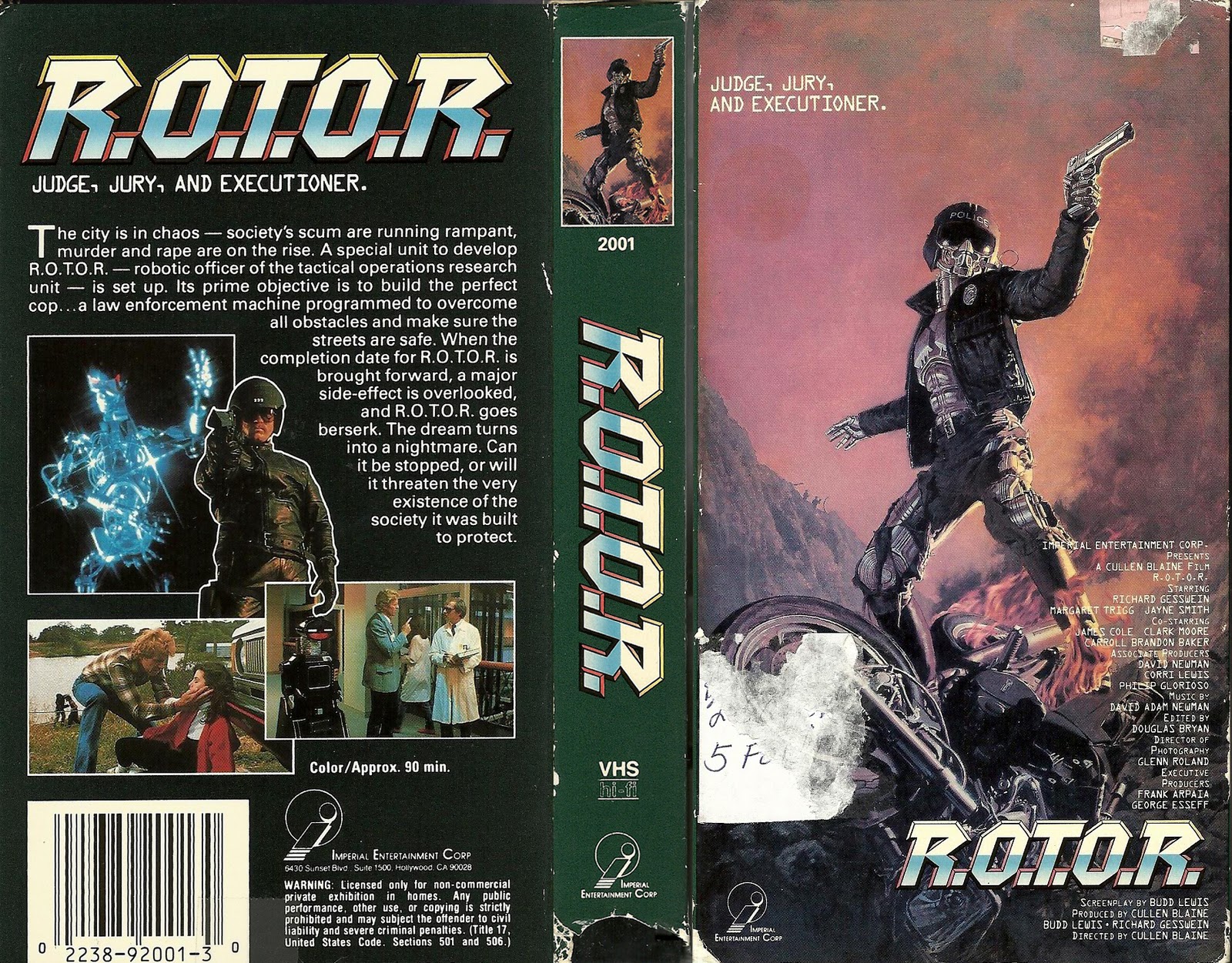 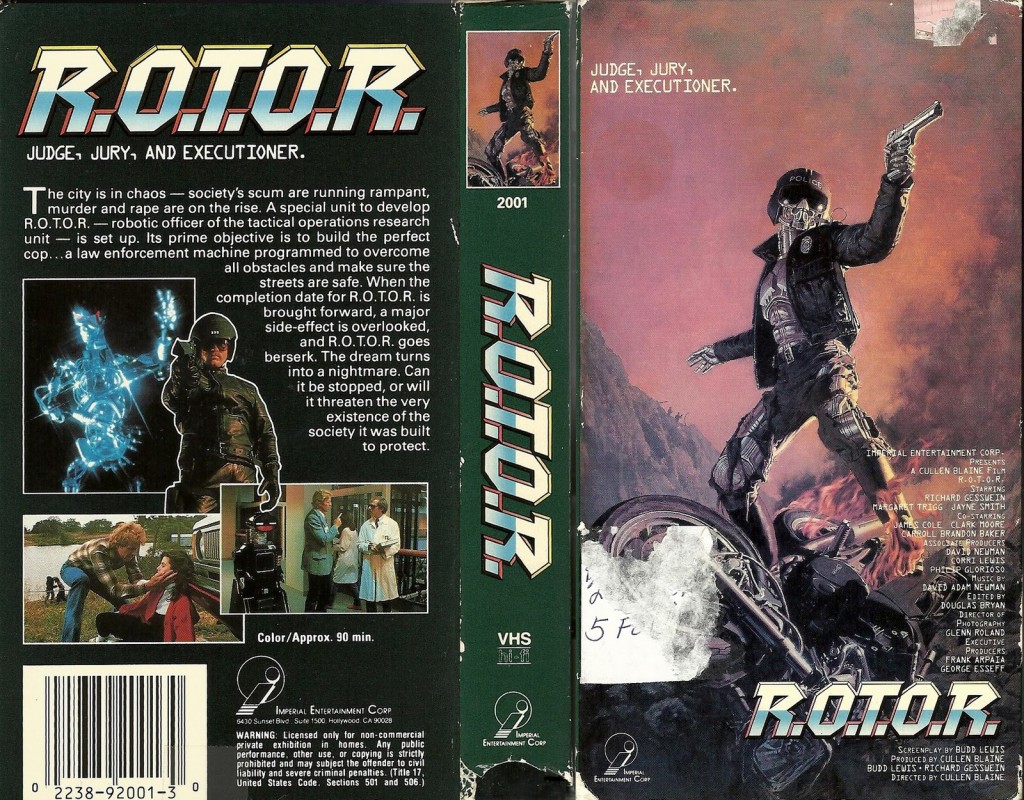 Today – on a lark – we are departing from our formula. Instead of watching a relatively iconic or significant entry in the annals of B-movie film, we are hitting it old-school: a terrible terrible terribleness experience that has no silver lining nor cinematic benefit.

Tonight, we are watching R.O.T.O.R.

Cyborgs-going-bezerk seems a distinctly 80s concept (in fact, if your plot synopsis involves the word “bezerk” at all, you may want to step back and evaluate the entire project). I have already suffered through one such film here at B-movie BFFs. I chose this particular entry to troll a particular friend coming over tonight for B-movie BFFs; he’s cancelled, so the rests of my guests have to suffer.

The plot synopsis for R.O.T.O.R. reads: “Robotic Officer Tactical Operation Research: a prototype robot intended for crime combat escapes from the development lab and goes on a killing rampage.” I only assume this film is directly ripping off the successful concepts of 1984’s Terminator and 1987’s Robocop.* And I can only assume this is going to be a really, truly awful film.

I did a little research on actual dialogue and blanched in terror. Good Lord, what are we in for?

Helping us along for this viewing are the writers and performers of Rifftrax, an MST3K-esque project where professional comedy writers talk over bad (or good) films.

It’s easy to get a copy of this film – simply go to Rifftrax.com and step through the sequence to buy the VOD download/streaming option of your choice. A few minutes before seven tonight, start the film. It commences with a little animated song at the beginning introducing the concept of Rifftrax. As soon as that segment is finished, pause the film. Resume at 7 PM. You can follow along at twitter.com/BmovieBFFs, or “Like”/comment/enable Notifications on this Facebook thread.

Testing the bonds of friendship – I bring you R.O.T.O.R.!

*And yes – I assumed this after watching the trailer, and before seeking out R.O.T.O.R.’s Wikipedia entry.