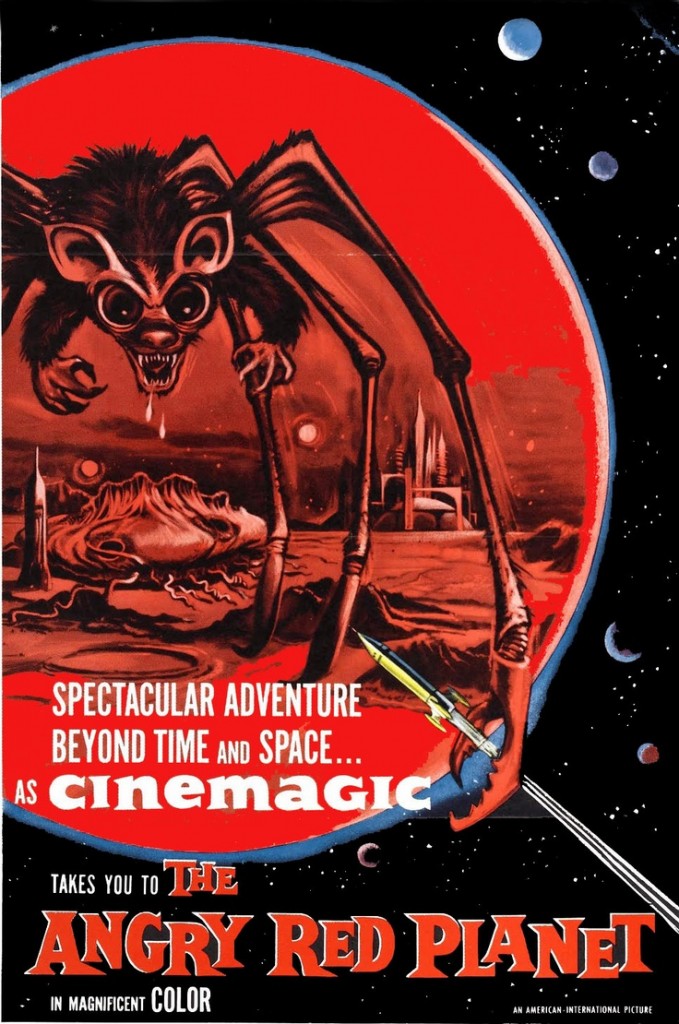 Touted by vintage cinema buffs as a favorite piece from director Ib Melchior (R.I.P. this last week), The Angry Red Planet nevertheless has widely disparate reviews. Many of these discussions seem to hinge on whether the special effects are “so bad they’re good” or just – “so bad”.

The plot, briefly: a lapsed mission to Mars is recovered, delivering only two survivors out of an original four-piece crew – and both of them ill. The one less ill is interrogated to try to piece together what went wrong, so they can help the other astronaut. As a result, much of the plot is told via backstory – a straightforward mission-to-a-creepy-planet that happened to be full of creepy critters.

The bulk of the film relies on the four astronaut actors, and I thought they held up the story just fine. The sole woman in the film, astronaut Iris “Irish” Ryan (played by Naura Hayden, who has a fascinating career) is alternatively ridiculed, groped, hit on, hauled around, rescued, and belittled – and even worse, her character is written so she gets to smile through it all. The other three astronauts are familiar to us: the urbane and gentlemanly scientist, the mission’s leader and cigarette-y ladies’ man, and the “ethnic” and jovial comic relief. But even given these limitations, Ryan and her three mission companions (played by Gerald Mohr, Les Tremayne, and Jack Kruschen) are likeable, charismatic characters – and this sparked my interest in exploring more of the directing and writing talents of Melchior.

However, whatever difficulties in storyline or character development one might criticize, these were notoriously upstaged by the production difficulties. The film’s poster boasts:

The film’s unique CineMagic process was adopted – if the stories are to be believed, from no small measure desperation – to meld live action, movie sets, hand-animated sequences, miniatures, and puppetry effects. The result is a glaring red and blurry filmscape, a flatness to the animated effects, and bulky puppet-y monsters. As one reviewer said: “They don’t make ’em like they used to… and you can see why.”

As for me? I think they did the best they could with what they had. At times the film pops into cartoon-land but honestly – I didn’t mind. In fact the look of the film is pretty dern unique, and when you watch the films I do – especially if you enjoy pre-sixties space dramas – you are probably past expecting realism. The whole point of these films, for me, are the creative (and often ludicrous) alien creatures and space fixtures our intrepid heroes stumble across.

And as for these creatures: the monsters in the feature are alternatively experienced as laughable or creepily unsettling (it is my belief these experiences are likely in direct proportion to the age of the viewer when he or she first viewed the film). The Rat-Bat-Spider creature is the obvious stand-out – but the vaginal and/or carnivorous plants, and the horrible amoeba monster, are also pretty cool (the less said about the pedantic three-eyed ant, the better). 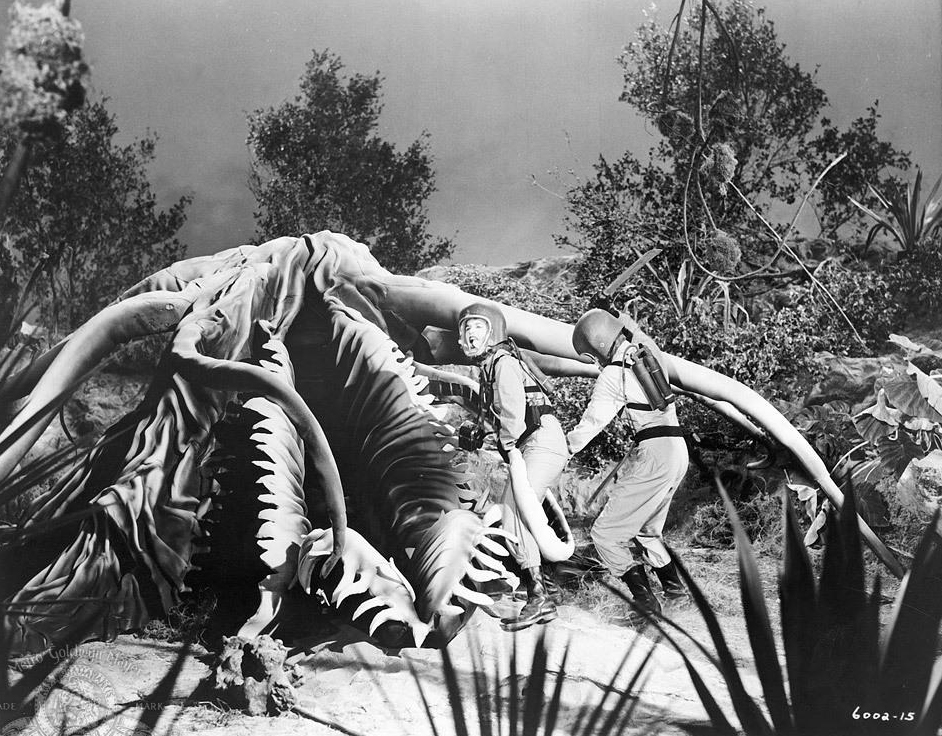