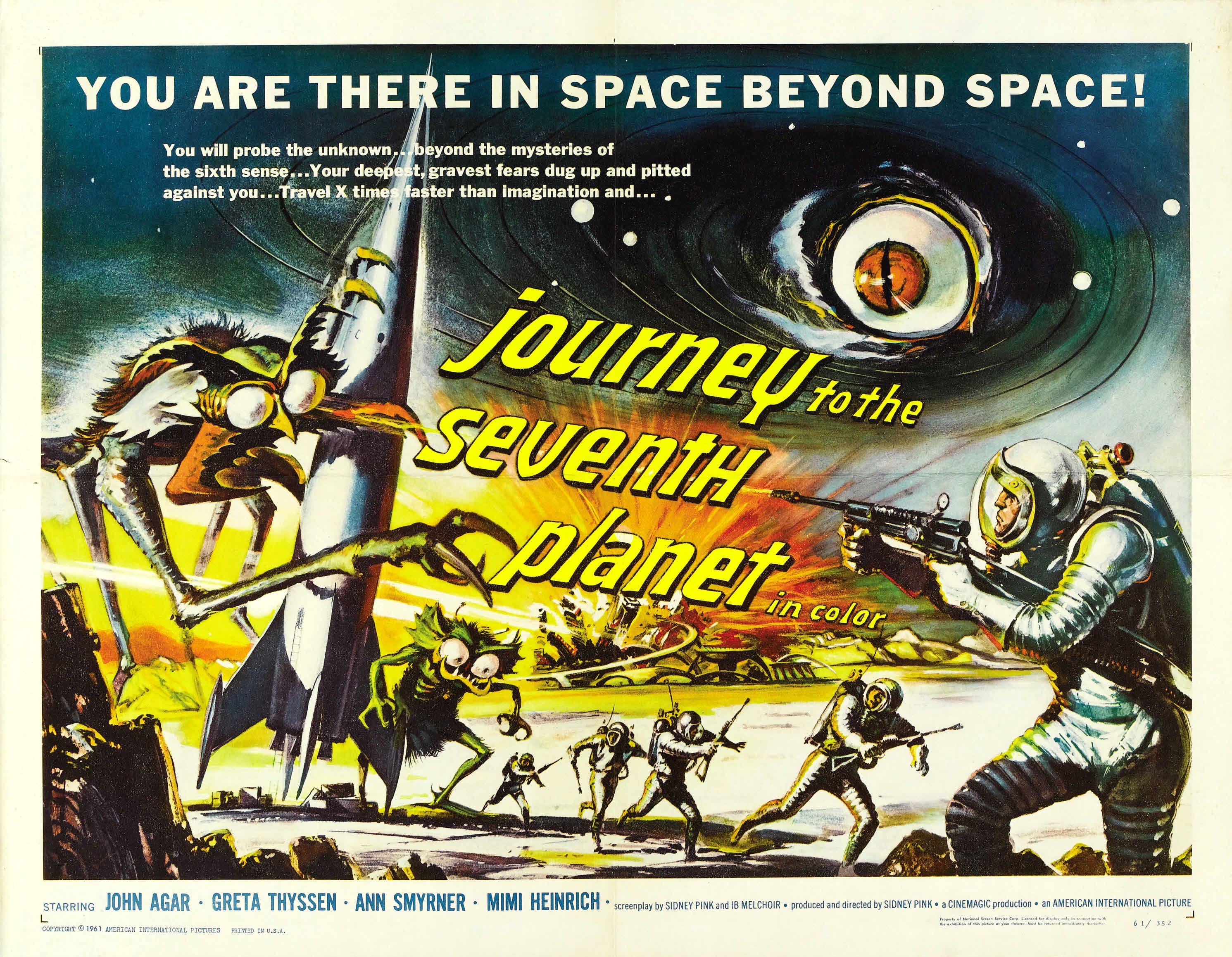 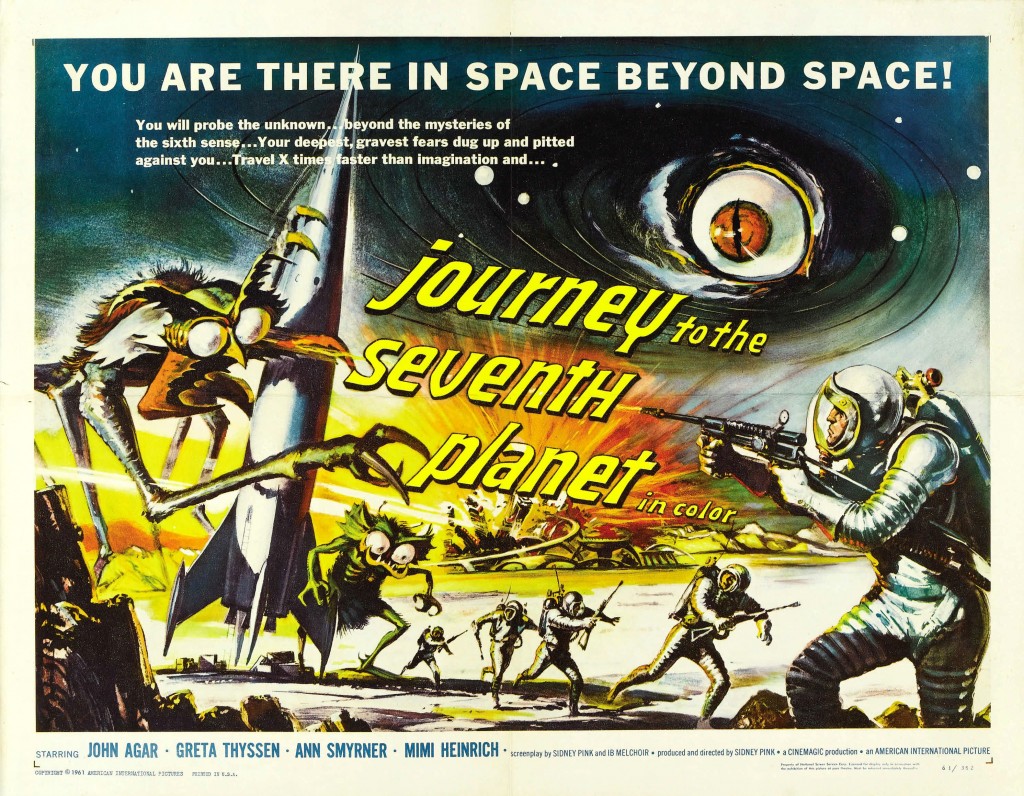 When you pick your hotshot astronaut team for a flagship mission, you probably don’t need to screen them *that* well. I mean, you get three out of five good men and you’re golden – right?

Journey to the Seventh Planet, a partnership of Ib Melchior and Sid Pink, is best watched cold, although the formula is quite familiar. Mankind, having abolished war and poverty and all that, sends a team of astronauts to Uranus (pronounced an entirely new way to me, here). The crew experiences a blackout right before landing (which is in no way sketchy, right guys?) and find, to their surprise, the seventh planet is nothing like they thought it would be. Instead of an inhospitable clime, the surface is populated with bucolic landscapes they recognize – and loads of women in states of dress and undress, panting after each one of them.

So, they kind of hang out for a while figuring, Why not?

The men in the film are relatable fellows – not really a red shirt among them (except Karl. Pull it together, Karl!). Mission commander Don (John Agar), though, certainly isn’t equipped for his job. His obsession with sex and women, and trying to dry-hump every sinister alien-lady he meets (that he *knows* is a sinister alien-lady) is so constantly-expressed it’s bizarre. Somebody needs to get the hose out – or maybe get him professional help.

But it’s right-hand man Eric (Carl Ottosen) who provides us the human element to the film. He employs common sense in their plight, and he showcases the human heart – falling ever more in love with one of the phantom alien-women who seems partly an automaton to a sinister intelligence – and partly a living, breathing woman who wants to be his companion.

And on that note, Journey provides us with beautiful women – Scandinavian actresses who in their beauty and presence, produce a special character to the film. There are monsters, too – but they aren’t as good as the women. The best critter is the throbbing brain-like mass (echoes of The Angry Red Planet, here) that engulfs and dissolves a certain hapless fellow. Best of all, perhaps, are the special effects and the colors – including astronaut suits that are bright blue and yellow!

The film finale is wistful and sad – and kind of sweet – then dissolves into a lounge-lizard song that’s almost a parody.

It’s no secret: these sci-fi mission oldies are favorites of mine. And the merits of this one – with the wonderful colors, beautiful women, bizarre monsters, and great special effects – easily compensate for a weakness in storyline and theme. A fun space-age romp!