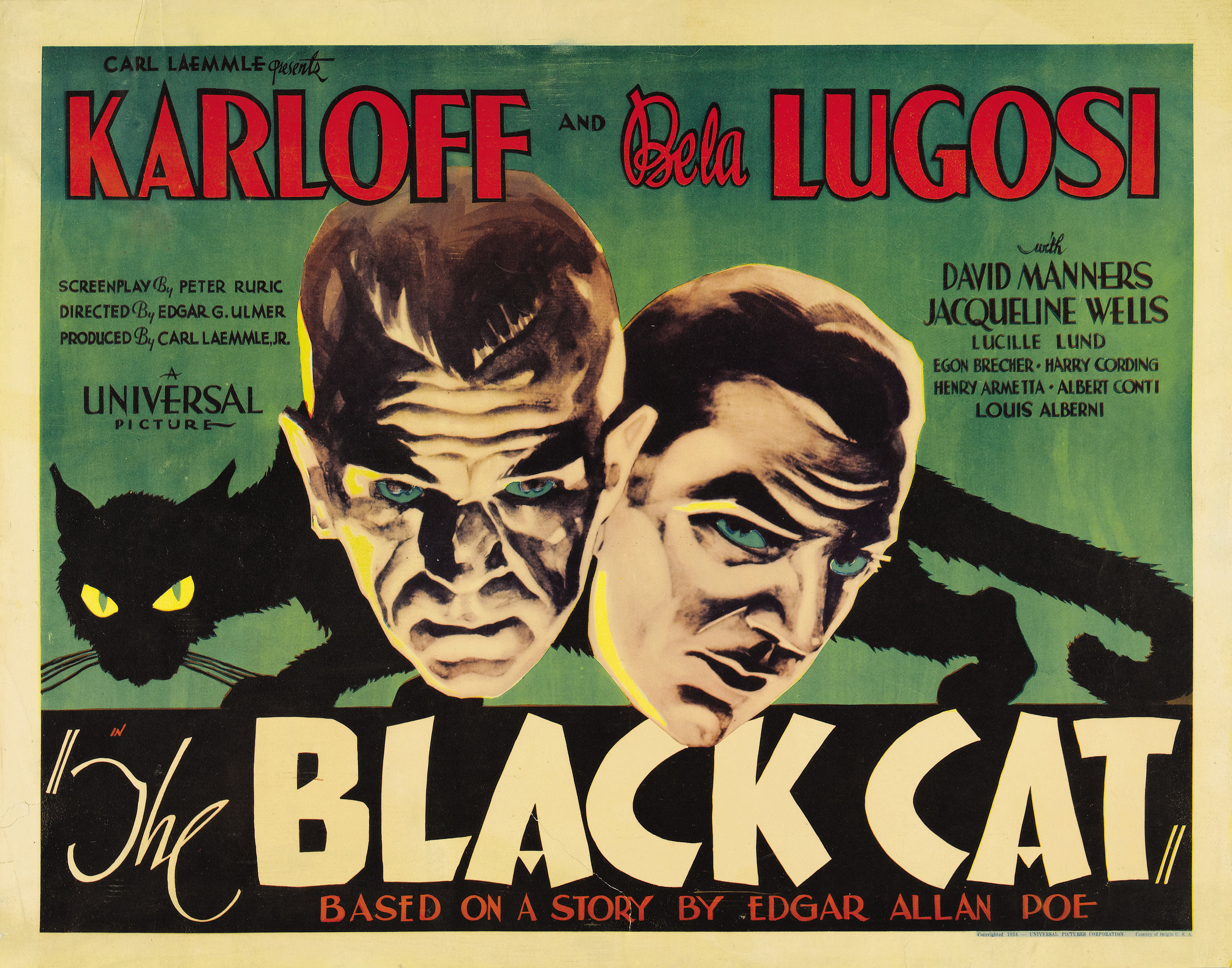 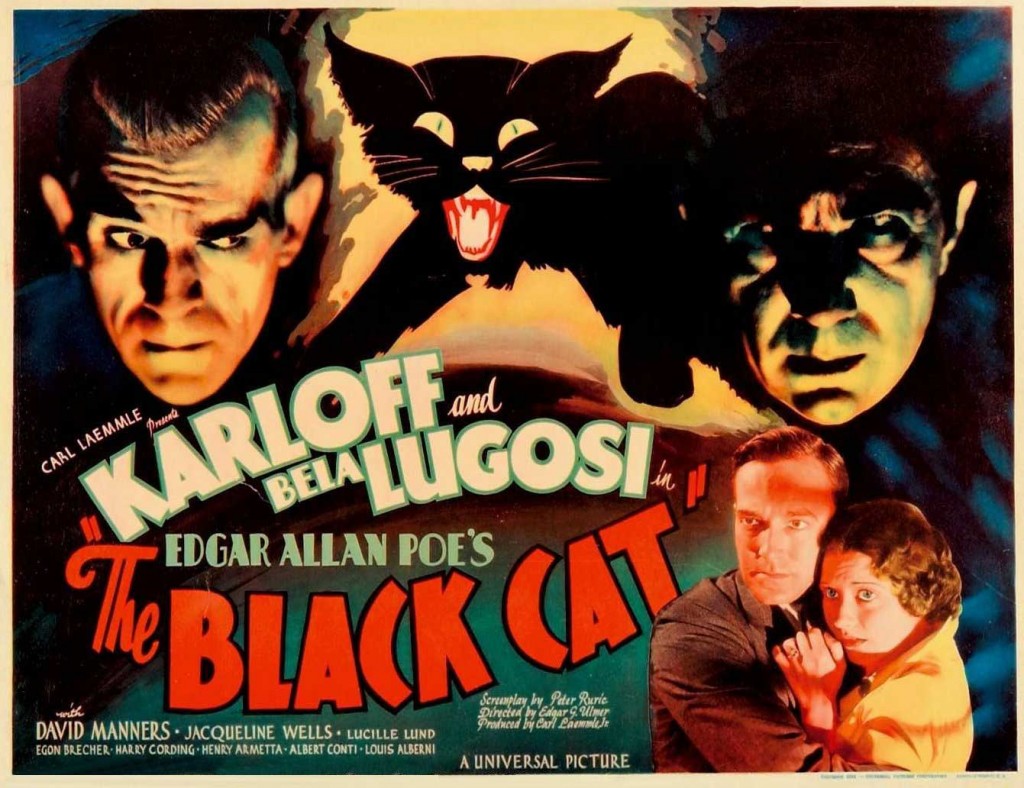 You’re on your honeymoon, traveling by the Orient Express. Just getting ready for sexytimes in your private train compartment.

*knock-knock*, who’s there? Oh, only BELA LUGOSI – can he share your compartment for the trip?

I gotta be honest. I am such a Bela Lugosi fan. I even have a button on my purse: “Bela Lugosi Fan Club”. I am one hundred percent into the dude and I wish we had the same horror star gentleman-bad-guy ethos in today’s films.

Except – Lugosi plays a good guy in this movie! Hey, what’s going on?

The first project with Lugosi and Boris Karloff (they had seven projects together in all), 1934’s The Black Cat is a super-satisfying, family-friendly horror oldie. Based on a story by Edgar Allen Poe (except it totally isn’t), this delivers classic horror when horror movies must have been a lot more fun! While today’s scary films rely on splashy gore, jump-scares, and/or psycoholgical and physical torture-porn, this film – although gruesome in topic and with one of the scariest mutilation scenes I’ve seen (spoilers, here), offers up original horror. The story is simple, but effective. And both leads are in top form.

There are a bunch of pretty ladies in the film – almost all of them hanging out dead yet preserved in an underground lab, either as trophies or sexual fetish objects (viewers have historically had different ideas of what’s going on). Julie Bishop provides the female lead role. Hilariously, her character is written as either constantly fainting or being carried – the entire film. I think she took about four steps, ever. Harry Cording plays a faithful manservant, in yellowface. And finally: I think – but I’m not sure – this is the first (or maybe second) film to feature the now cliché device of the madman playing Bach’s “Toccatta in D Minor” at an organ. 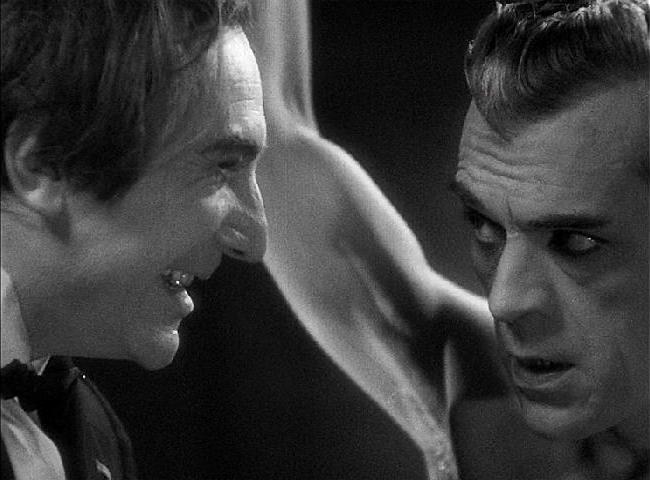 The “flaying” scene lauded in the film is easily my favorite – as well as the introduction of both Lugosi and Karloff’s characters. Especially Karloff, as seen sitting up in shadow. Beautiful!

But another favorite – and unintentionally humorous – moment: in the beginning of the film, newlywed David Manners’ character wakes up from a nap to find Bela caressing the hair of Manners’ bride. Lugosi sees he’s been discovered and doesn’t even bat an eye. He’s like, “Bruh, it’s like this…” talk about smooth!

Plot silliness aside: this is a great, family-friendly, brief, classic horror masterpiece! 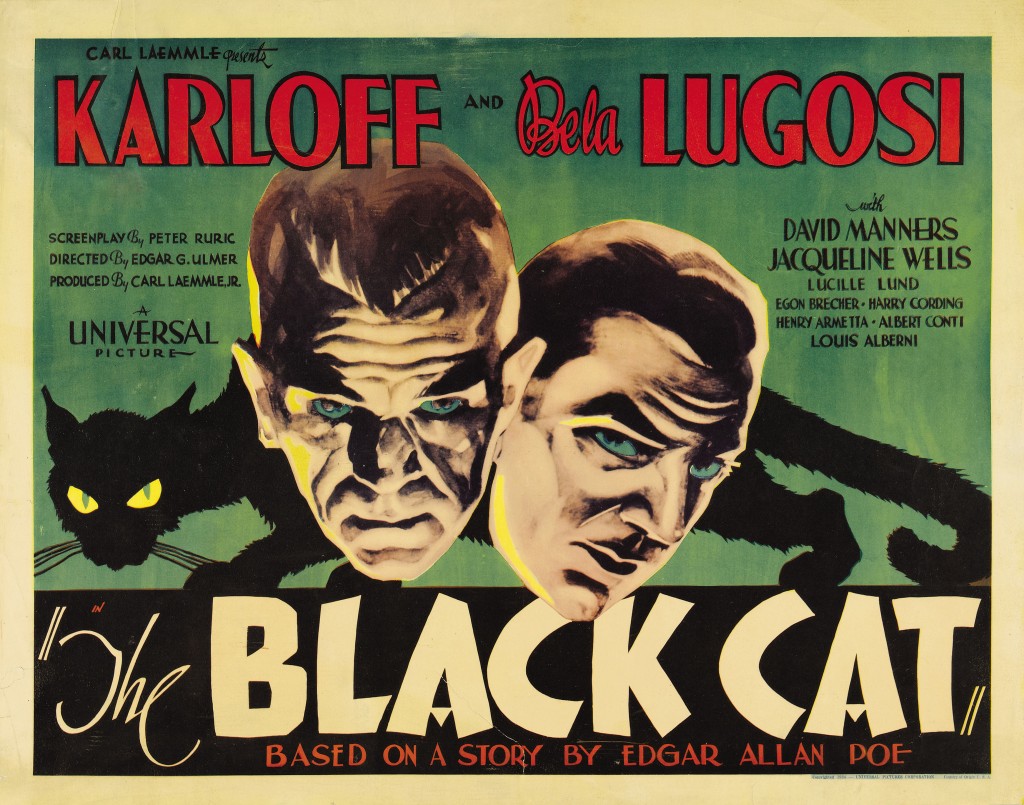