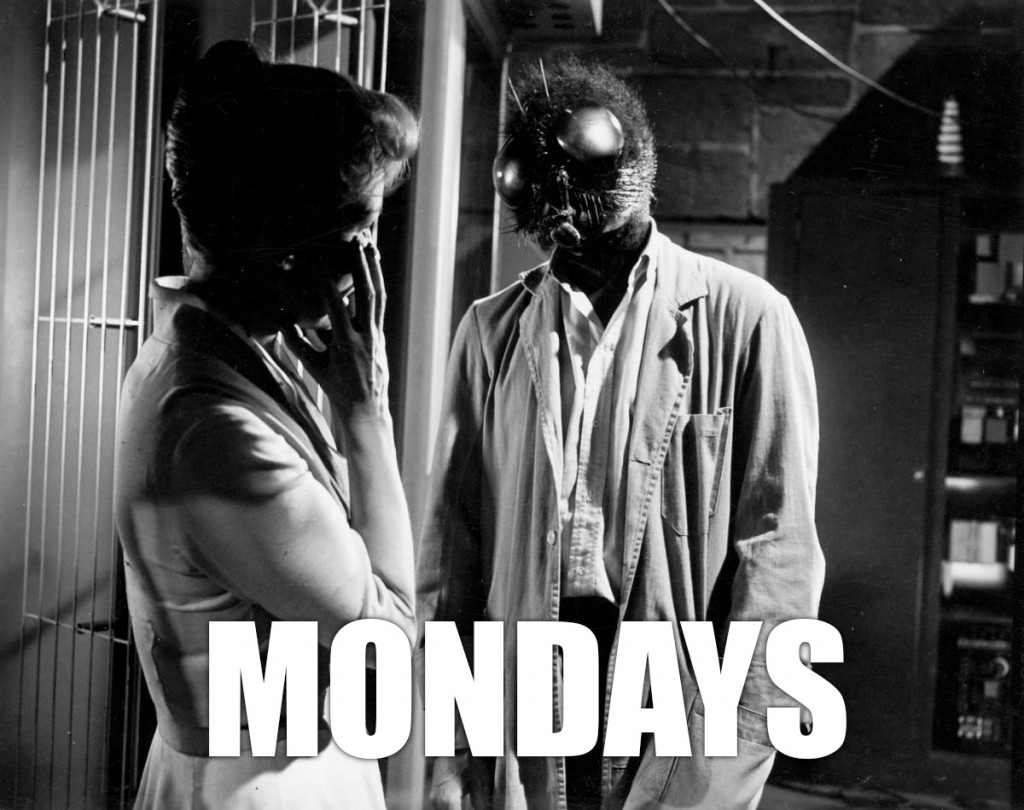 As per my (new) Letterboxd persona, I briefly reviewed versions of the sci-fi horror The Fly. Both films are great, and I’m so glad I watched them back-to-back. 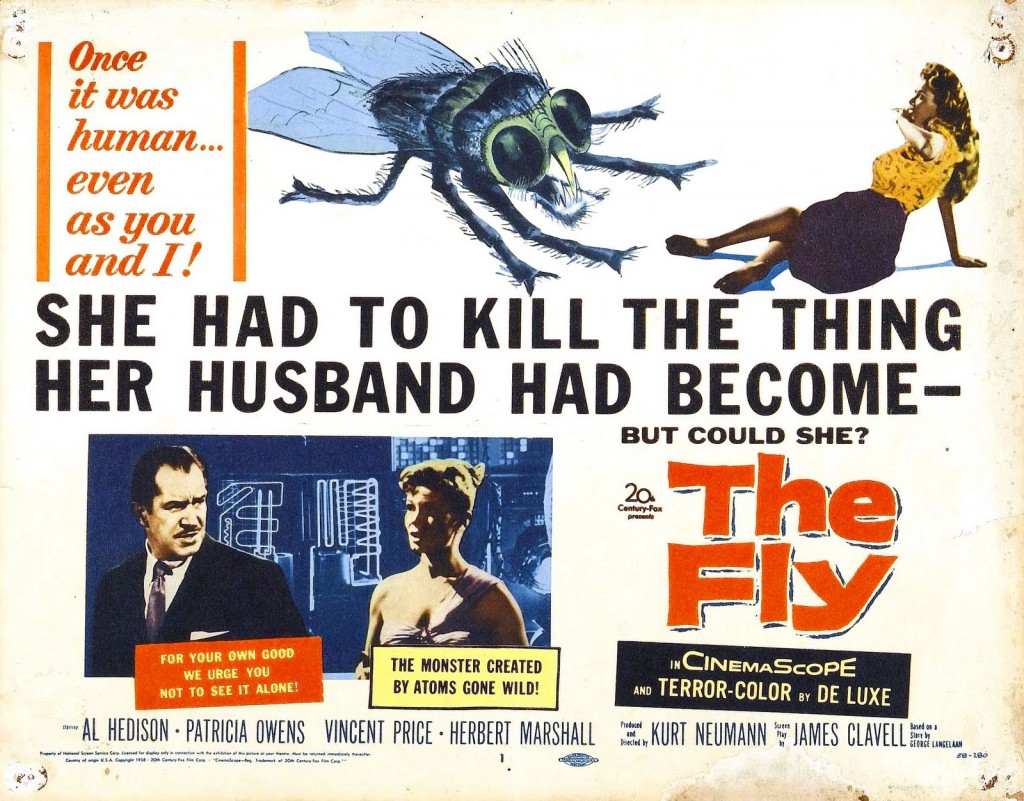 The original film, directed by Kurt Neumann, is a simple story; it reminded me of a “Twilight Zone” episode. Family-friendly horror with some great creepy elements. Fans of Vincent Price, don’t get too excited. He has a small role, and not a terribly interesting one. I’m also wondering how many readers have not seen the iconic “reveal” of the monster – or the compound-eye scream of heroine Patricia Owens. In our household, the kids hadn’t seen it – which mean they were very avid viewers. The scariest imagery is for the final act, however. Genuinely icky! 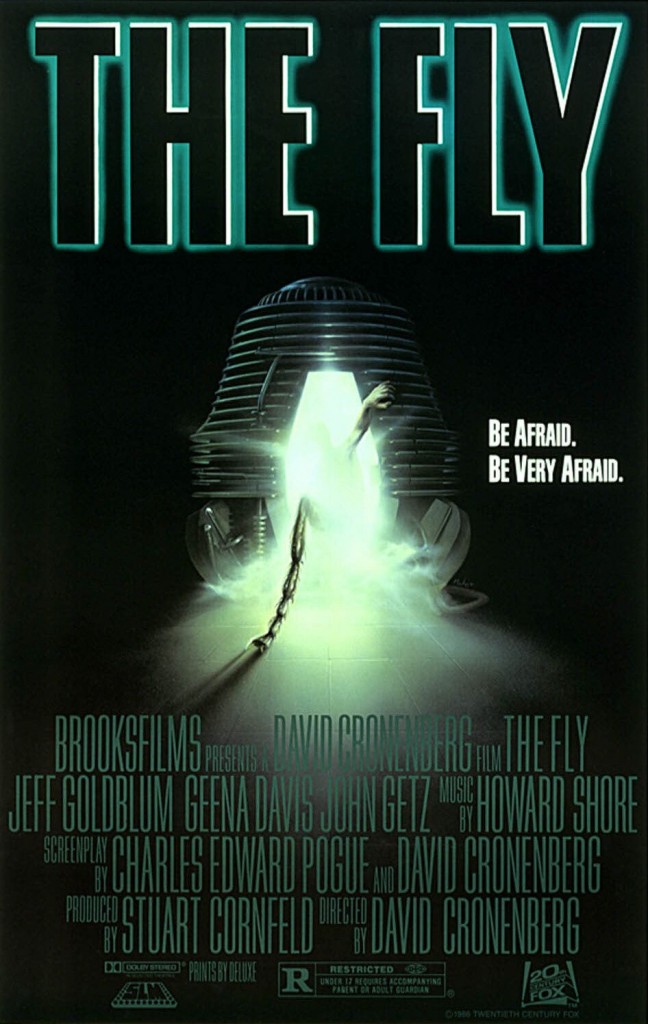 The later film, directed by David Cronenberg, starred Jeff Goldblum as the unfortunate scientist, and Geena Davis as his new paramour. The film is much as much a bittersweet romance as it is a horror film. It is darker, grosser, and holds more complexity than the original film. As well we have Cronenberg’s unique themes of sexuality (no vagina is safe!), corporeal horror, bodily fluids, and human compulsion; this work is a perfect metaphor for drug addiction.

I enjoyed the later film because I didn’t know where the story was going. I was pretty sure the main scientist was doomed – but far less sure what his plans were for his ladyfriend, who – as in the first film – is a central hero to the story. Goldblum’s performance was excellent, funny, sad, and tender.  I may or may not have got a little verklempt with the”insect politics” speech:

“I don’t know what you’re trying to say!”

EXCUSE ME, THERE’S SOMETHING IN MY EYE! (and it’s not a proboscis) 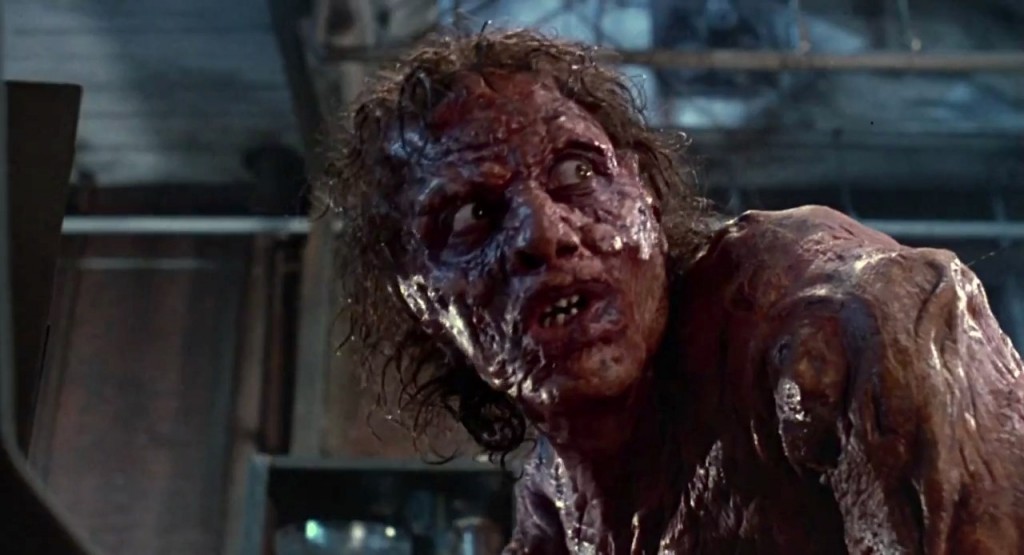 “Yeah, you’re gonna get that sort of thing.”*

Watch both! But in the case of the Cronenberg film, make sure you’re not watching while eating dinner.

* when you tamper in God’s domain