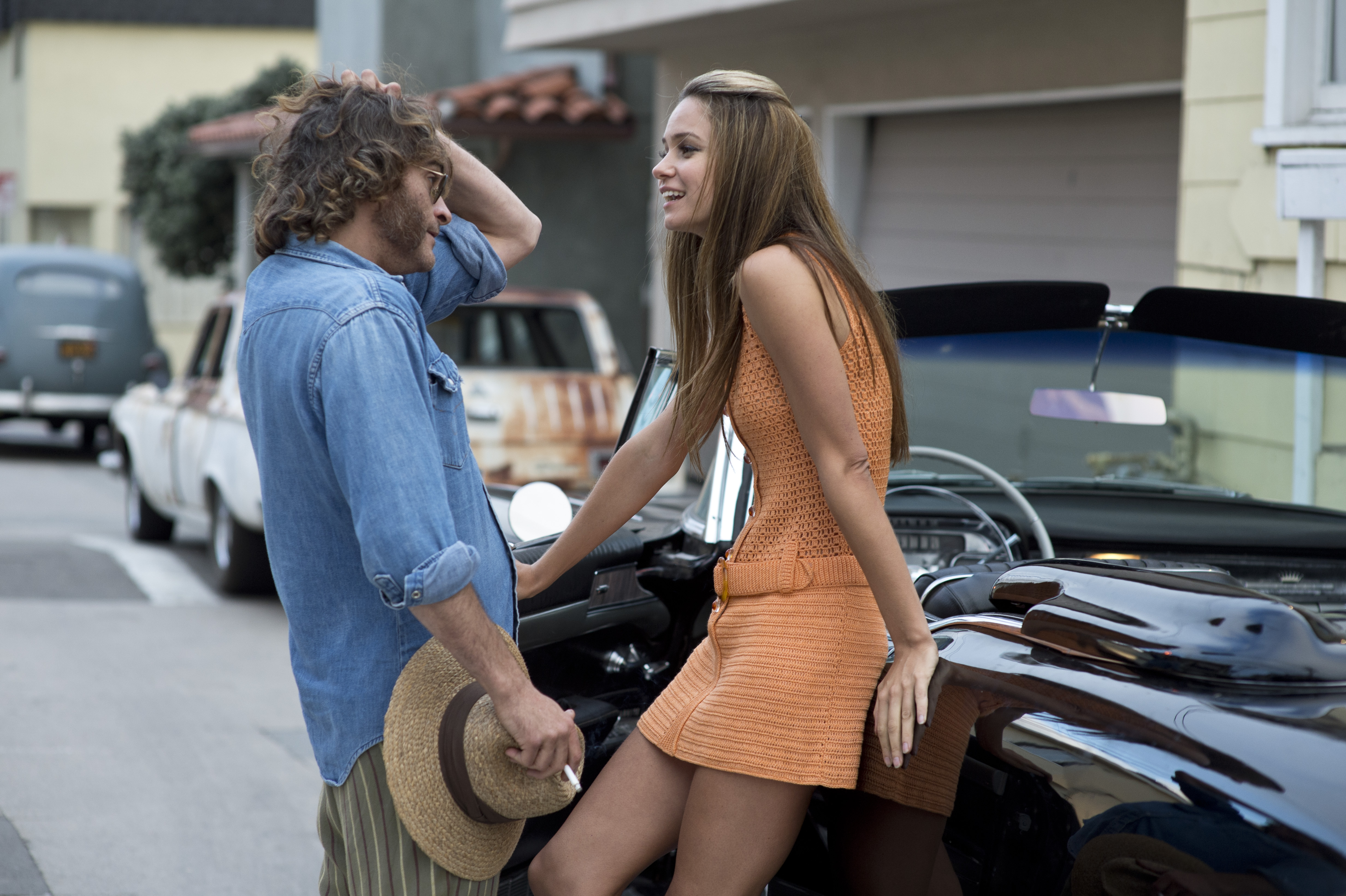 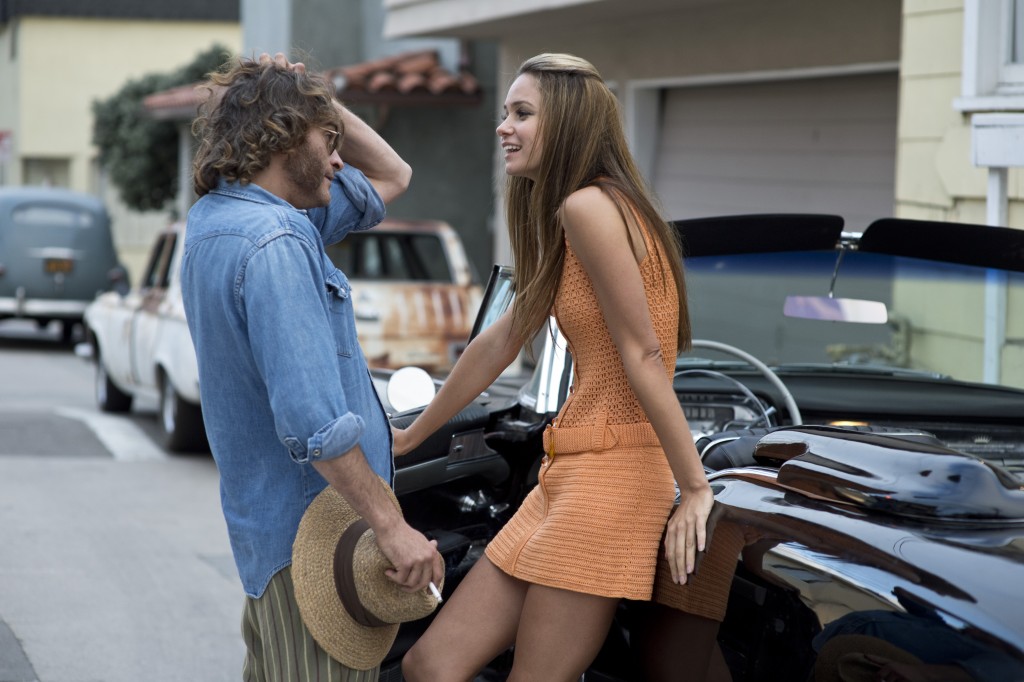 There was so very, very much to enjoy about the first few moments of this film that I was uniquely disappointed to watch it fall apart. This is a drug-fueled neo-noir with a lot of star power, and lead actor Joaquin Phoenix was wonderful. Even if the project didn’t quite work for me, I applaud all efforts to put it together.

Taking a page from the Coen brother’s dark humor and squeamishly-violent underbelly, this film is ambitious, stylish, and fun. Even given this is a noir genre film, where we can expect a convoluted plot, the plot elements here are frenetic and not even worth trying to track. I understand that plot coherence isn’t a deeply-held value in this genre, but for me I need something besides the promise of another surreal drug episode, or topless women, or a scorching score/soundtrack, to make me glad I devoted 2 1/2 hours to concentrate on viewing.

Performances are great – I especially enjoyed Josh Brolin and Joaquin Phoenix, although as ‘Doc’ Sportello the latter’s performance takes after The Dude in The Big Lebowski and, lovable as that is, I found myself unable to get a grip on who ‘Doc’ really was.

As per much of noir cinema, roles for women in the film are sparse and they usually serve as sexy props. There is a particularly repellent sex scene, so entirely fantasist as to be genuinely depressing. So while the film exploits women as per the genre, at least it doesn’t make a sport of raping and murdering any – well, not on camera, although plot points include the sexual exploitation of vulnerable women.

Interestingly the setting was 1970 but the film’s style boasted a very pleasing blend of 80s and millennial production values.

Lots of style, and lots of talented actors getting to have a lot of fun. 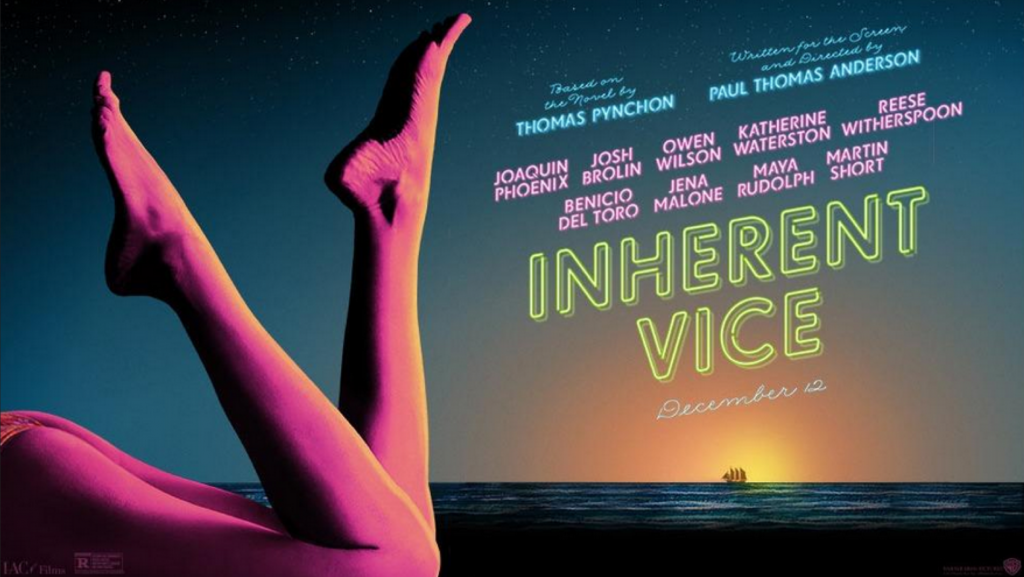