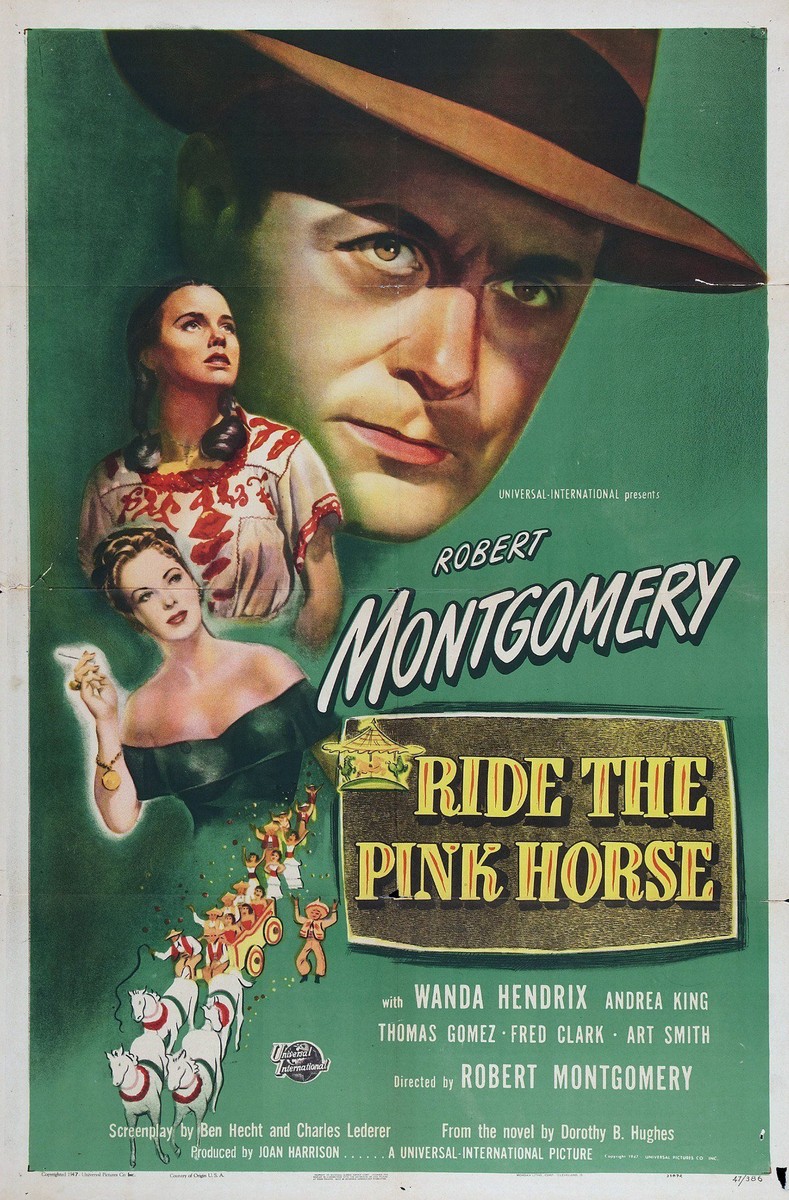 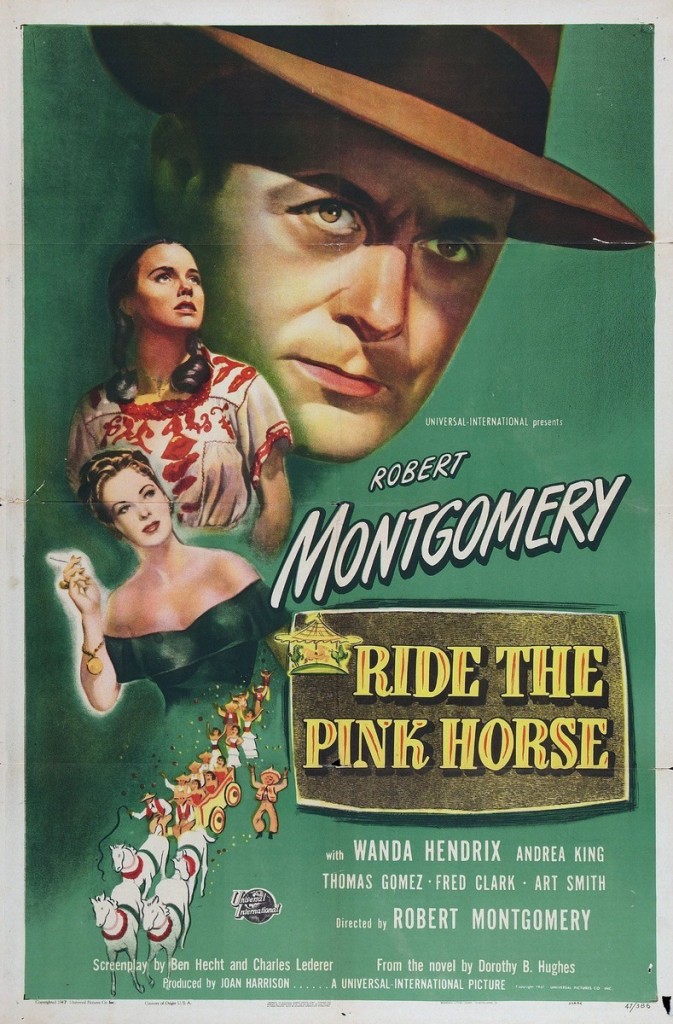 An incredibly understated, border-town noir film that is surprisingly compelling despite serious drawbacks. In its favor: breathtaking cinematography, a perfectly spare score, beautiful production design, genuinely creepy crime – and a fabulous actress. Those merits alone are enough to recommend the movie.

That said, there are issues. Our anti-hero, actor/director Robert Montgomery is neither handsome nor charismatic in his turn as Lucky Gagin – we aren’t sure we’re supposed to be watching or caring about him at first. And our bad guy Hugo (Fred Clark) isn’t as depraved as typical noir fare – another surprise, although as it turns out, a good one. We also have a charming cop (or Pinkerton, I wasn’t sure which) played by Art Smith who, along with Hispanic-American actor Thomas Gomez, adds a bit of warmth and comedy to an otherwise sad little tale. Andrea King shows as a movie-standard femme fatale, but she doesn’t add much to the enterprise – save one scene out the back of a restaurant which was rather horrifying.

However, the worst part of the film is the way the writing handles leading lady Pila, a Mestizo/Native American lass Gagin runs across on his first day in town. Her ethnicity is hard to get a grasp on given she is played by the incredibly-white Wanda Hendrix in brown- or red-face, depending on what you think you’re seeing. Pila is subjected to various indignities throughout the film – by *everyone* else – and seems to standing in as a mix of Native Innocent, Good Girl, and Little Lost Child. Initially our antihero Gagin scoffs at her – calls her “not human”, disparages her intelligence, her appearance, and her finery. He warms to her (of course!) and falls in love with her (of course! – hat part *is* a bit special).

Yeah, the writing around Pila is pretty gross alright – even if Hendrix, beautiful and compelling, steals every single scene she’s in. Ultimately it is her presence and performance that are the best part of the film, along with the delicious noir production values.

The story is pretty small. The screenplay itself comments on this, more than once! And the pacing is so deliberate – much like a stage play – I think many modern viewers will get bored. The noir element is effectively bloodthirsty: unlike a lot of noir today, the film doesn’t need a high body count or sordid sexuality to get its point across. Bad guy Hugo is mostly a businessman, but he’s a really bad guy nonetheless. He doesn’t have to be sadistic or violent onscreen – because he’s the type of guy to hire people for that. Which is itself more chilling that direct violence by his hands.

Racist and sexist attitudes aside, the film is better than it sounds. The native residents are treated with more humanity than many films of this era – there are large swaths of Spanish without subtitles, as well. And the way everyone treats the peasant girl Pila – literally calling her “nobody” in the final impossible showdown scene – is also itself a major plot point of the film.

However, the final scene between Gagin and Pila is a slap in the face to those of us who’ve invested in the two of them.

And I think that’s too bad. Montgomery put together a very special piece by making this film. It would have been much better had it rode *all the way* into the sunset – instead of awkwardly dismounting two-thirds of the way there. 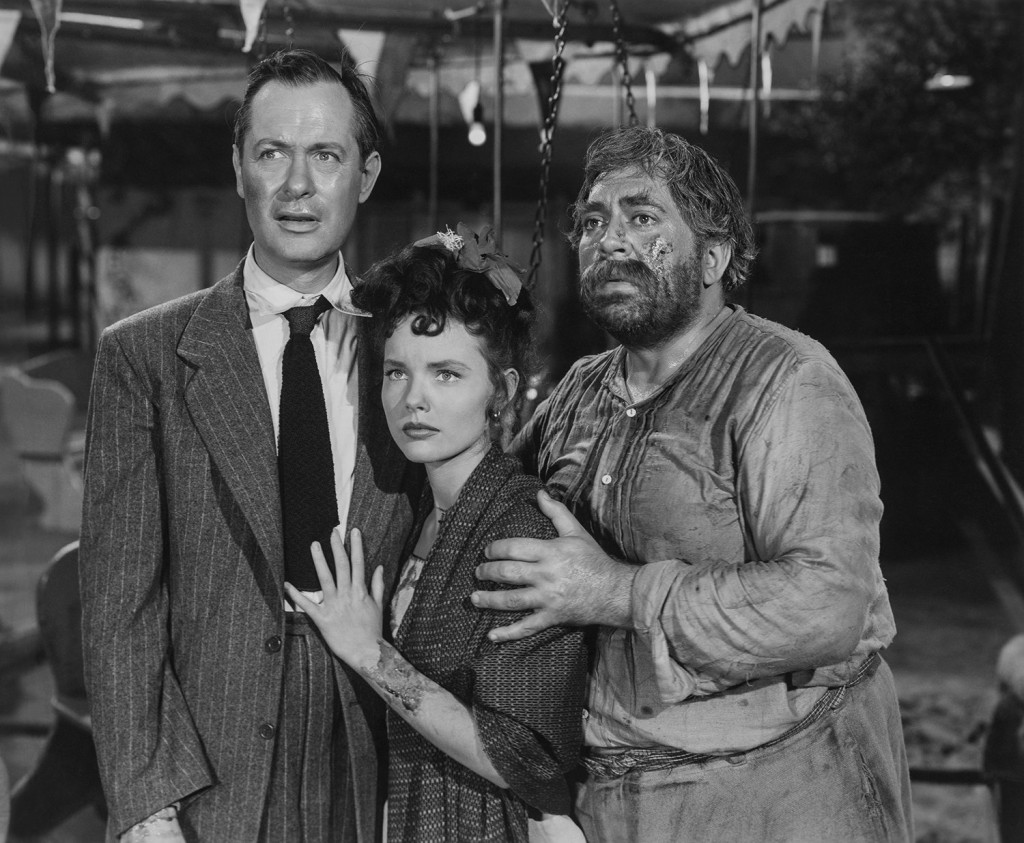