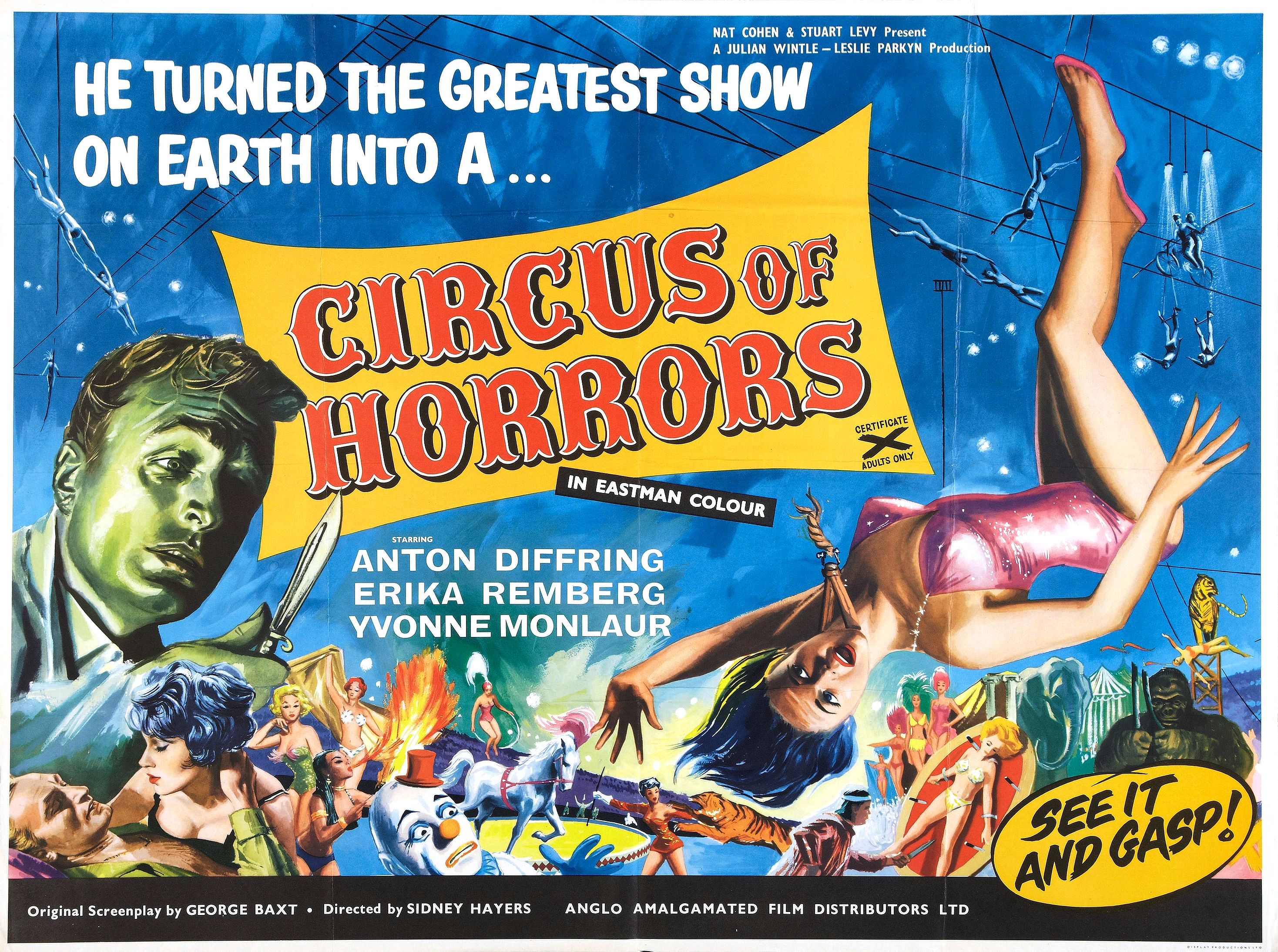 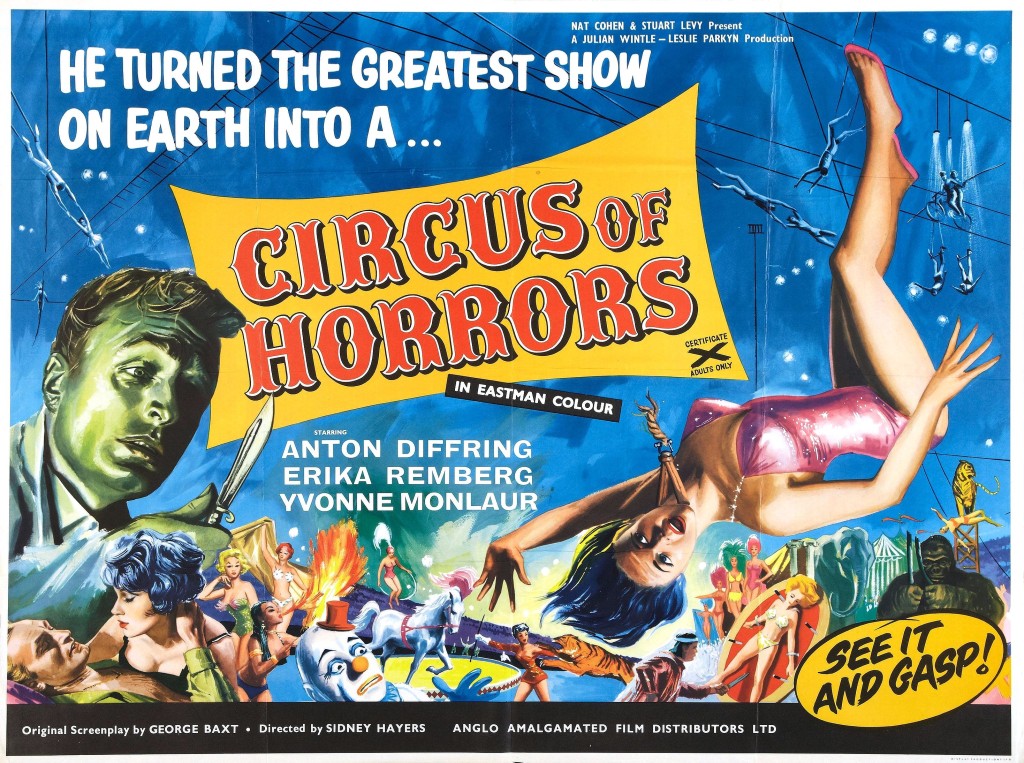 In 1960’s Circus of Horrors, a disgraced plastic surgeon (German character actor Anton Diffring) escapes England for the Continent, with his two assistants. There he almost immediately happens upon a young girl, daughter of a circus owner, who has a facial disfigurement. He convinces the circus owner (a young and still-hirsute Donald Pleasence) to let him operate on the child. Then, preying on the man’s gratitude, he muscles in on circus ownership. One thing leads to another and soon Dr. Rossiter has adopted a new name and identity (including shaving a creepy goatee), and proceeds to lure a bevy of murderous and facially-disfigured women into service (who knew there were so many of these women about? And that the’d be so good at circus work?). When these women resist his sexual advances or threaten his ambitions, he has them murdered in implausible, showy circus-ways.

Circus of Horrors is the third act of Anglo-Amalgamated‘s “Sadian trilogy” (in association with Horrors of the Black Museum (1959) and Peeping Tom (1959)), and like the others contains a lot of slick cinematography and beautiful imagery. Other merits? Well… I mean, the film is just a thinly-written excuse to repeatedly abuse and terrorize women. So if you hate women, enjoy! Diffring does what he does best – that is, plays an entirely unredeemable creep; Pleasance, though only briefly involved, is nevertheless quite compelling. The various women who are threatened, assaulted, mangled, and slain (Vanda Hudson, Yvonne Romain, Erika Remberg, Yvonne Monlaur, and Jane Hylton) are a little difficult to keep track of. But of course, what does it matter? Since the setting is a circus, we’re treated (?) to varieties of real-life animal cruelty amidst the simulated acts of misogyny – another unpleasant aspect of the film.

A silly gorilla suit, and equally unconvincing bear attack, provide unintentional laughs. The film’s feature song “Look For A Star”, was performed by a few artists and reached a place in both US and UK charts. All-in-all, a gorgeous and greasy bit of femsploitation!