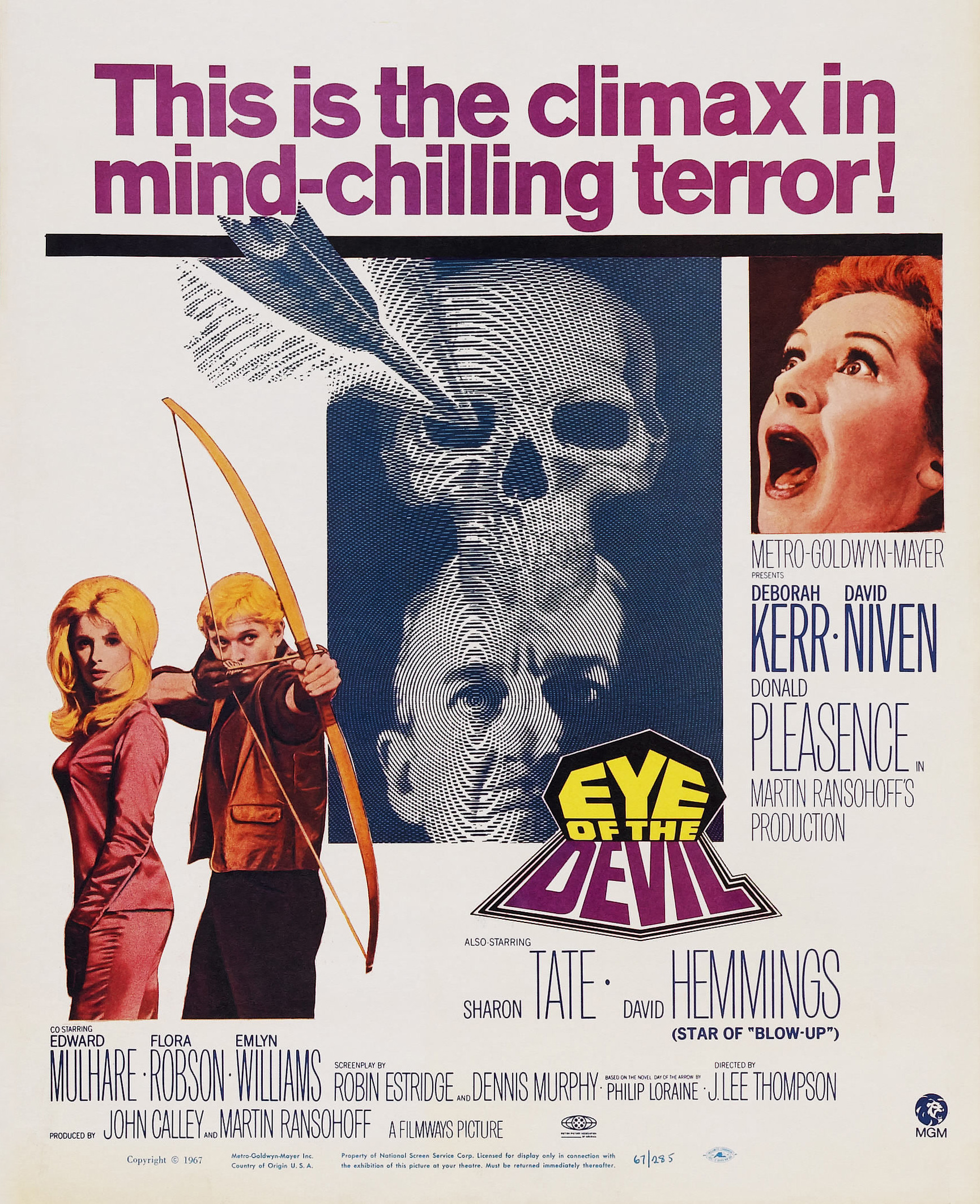 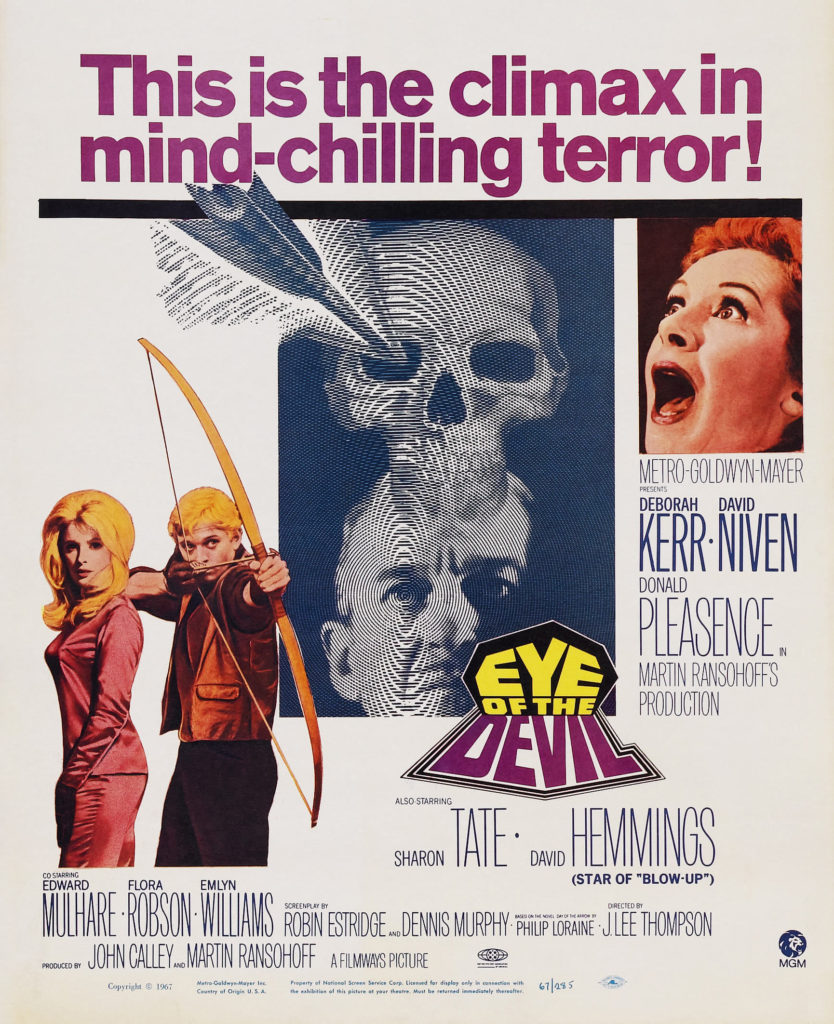 Aristocratic Londoner (David Niven) is called back to his ancestral home in France, as the estate’s vineyards are failing. He asks his wife (Deborah Kerr) and young children to stay behind; but the wife loves him dearly and the trio soon follows him to the castle. There they find creepy villagers, hooded figures, a grumpy countess, and two fey and sexy (and a bit incestual) siblings played by the young and gorgeous David Hemmings and Sharon Tate. From here spookiness and pagan tomfoolery unfold, and an increasingly desperate wife tries to save her husband and children from a murky, ignominious fate.

Despite a spooky premise, effective creepitude, a talented cast (including Donald Pleasence, John Le Mesurier,and Flora Robson) the film was a commercial flop. For one thing, it suffered many director and title changes, as well as a last-minute change in casting (Kerr replaced Kim Novak as a lead). The story is weak: as the film’s sole hero, Kerr’s actions are too feeble and implausible – any mother would have removed the children to safety about ten minutes into the movie’s runtime. And finally, the pace is simply too slow, milking what would have been an effective short story into a plodding feature length film. Playing on the British fear of pagans and witchcraft, one feels as if they’ve seen these themes before. – And I coulda sworn the film recycled music fro 1960’s City of the Dead; although I couldn’t find any evidence to support this.

This film was Sharon Tate’s first; she is both beautiful and suitably creepy. Her murder deprived us of what surely would have been a wonderful body of work; although her family’s tireless efforts to ensure victim’s rights may be a more valuable legacy than any cult-film status could. 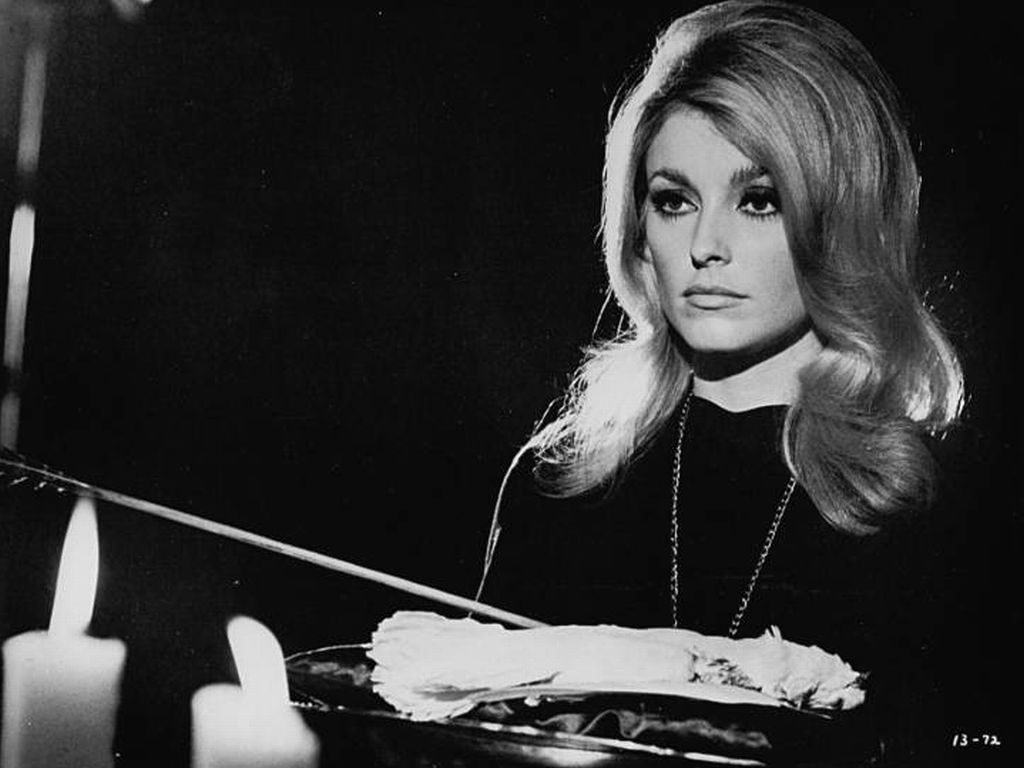