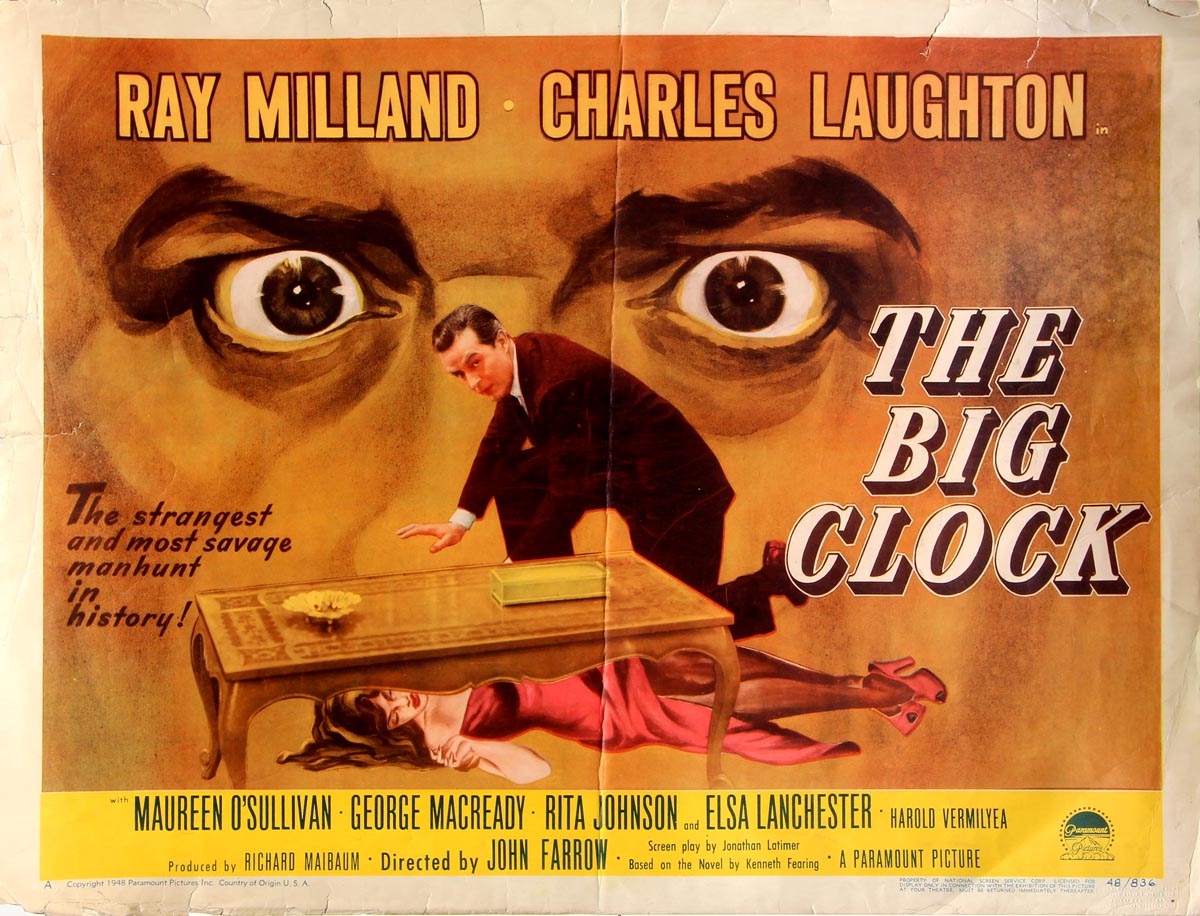 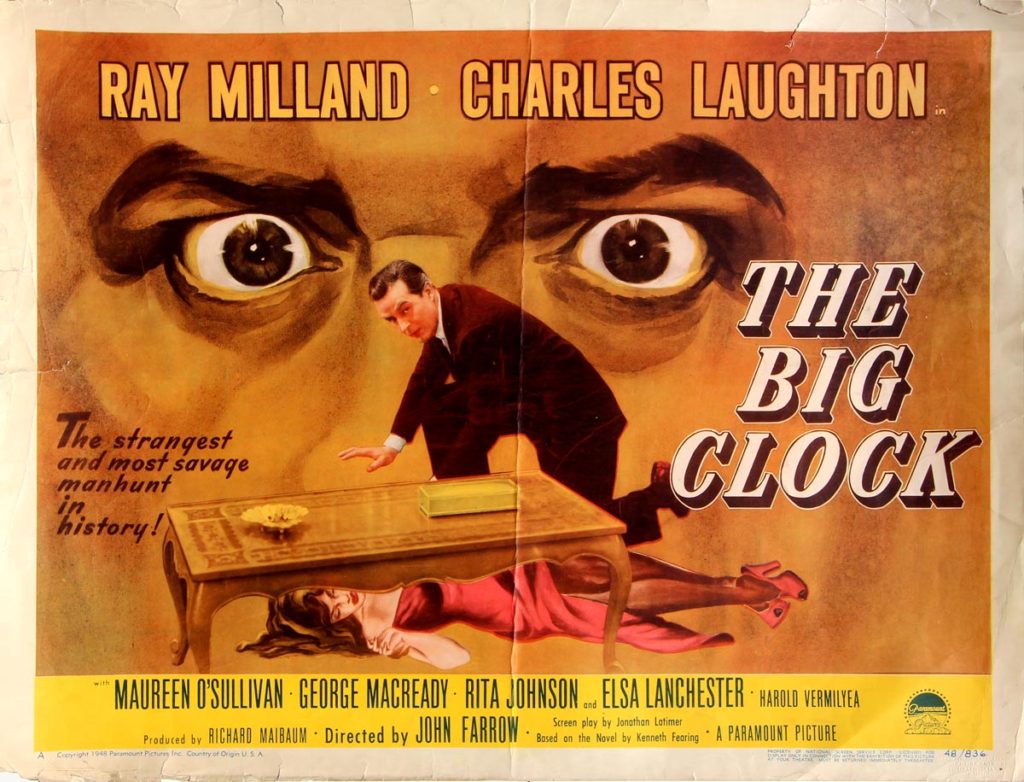 In this underrated crime thriller Ray Milland plays George Stroud, a hardworking magazine editor who after seven hard years laboring under media mogul Earl Janoth (Charles Laughton) is starting to feel a bit resentful. The night before his vacation with his long-suffering wife Georgette (Maureen O’Sullivan) and their young son, he quarrels with the tyrannical Janoth, quits his job, and goes on a platonic all-night bender with Janoth’s similarly-disenfranchised mistress Pauline (Rita Johnson). Later that evening Janoth, in a fit of fragile masculinity, commits a capital crime. Janoth puts his powerful machinations to work on a coverup, inadvertently implicating Stroud (who can’t account for his whereabouts the night before). Stroud abandons his family to engage in a harrowing mental chess match, putting his failing marriage under further strain. 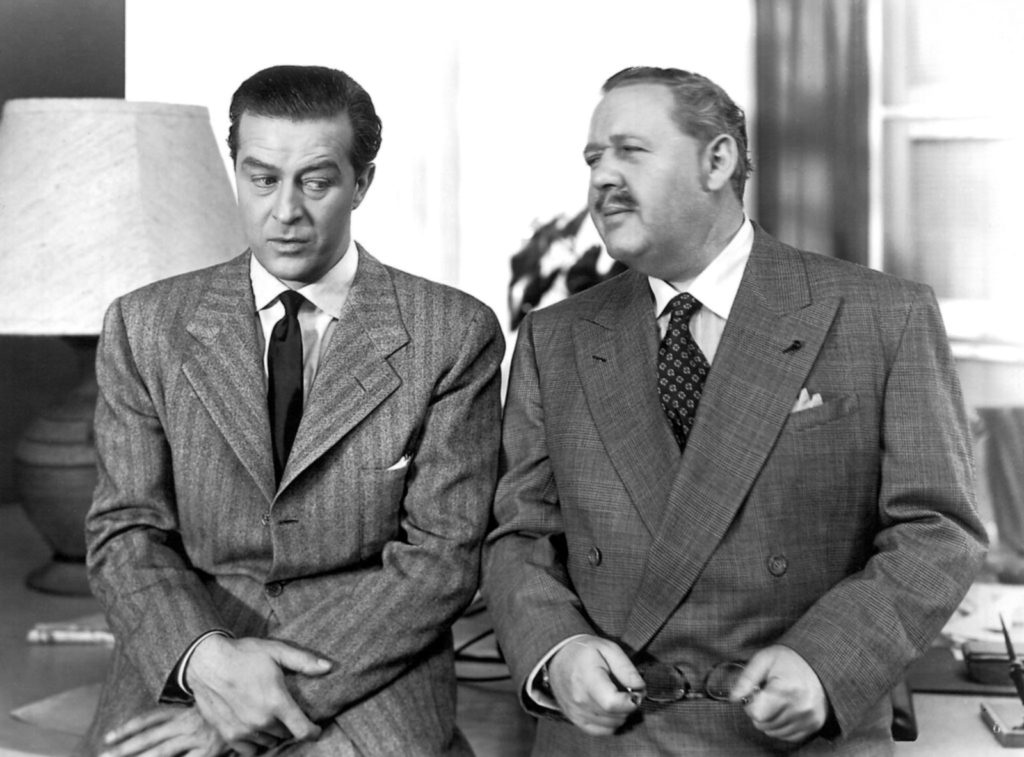 A smart, tight little drama populated by charismatic actors and pleasing themes, The Big Clock is a satisfying thriller. Janoth’s massive power as an institution is a fearsome foe for our hero, who is clever but simply out-manned. The film is superbly cast; all players flesh out their characters well with York as a standout, and Laughton wonderfully repellant. Elsa Lanchester (best known as the Bride in 1935’s Bride of Frankenstein) plays a fecund, silly, yet talented artist whose painting is brought into the plot. George Macready and Harry Morgan (of “M.A.S.H.” fame) adroitly play Janoth’s creepy lieutenant and #1 thug, respectively.Sadly, the film’s sexism is not only irritating, it provides massive plot holes in what would otherwise a perfectly-written piece. To wit: Janoth’s sizable foot soldier army leaves no stone unturned and no lead cold as they search for clues about their mystery man (Milland). But they ignore entirely the role of the man’s companion (Pauline), merely referring to her as “the blonde” involved and showing no interest in her as a lead. O’Sullivan’s role and talents are also wasted; she is merely a pretty Caspar Milquetoast who fussily endures great personal distress and danger while – well all know the tune by heart – having no other role than “wife”. We know she’ll instantly absolve her husband as the credits roll, and forgive him for a series of deplorable, confusing behaviors.

A great entry for any crime drama connoisseur, and of course – any Ray Milland fan. 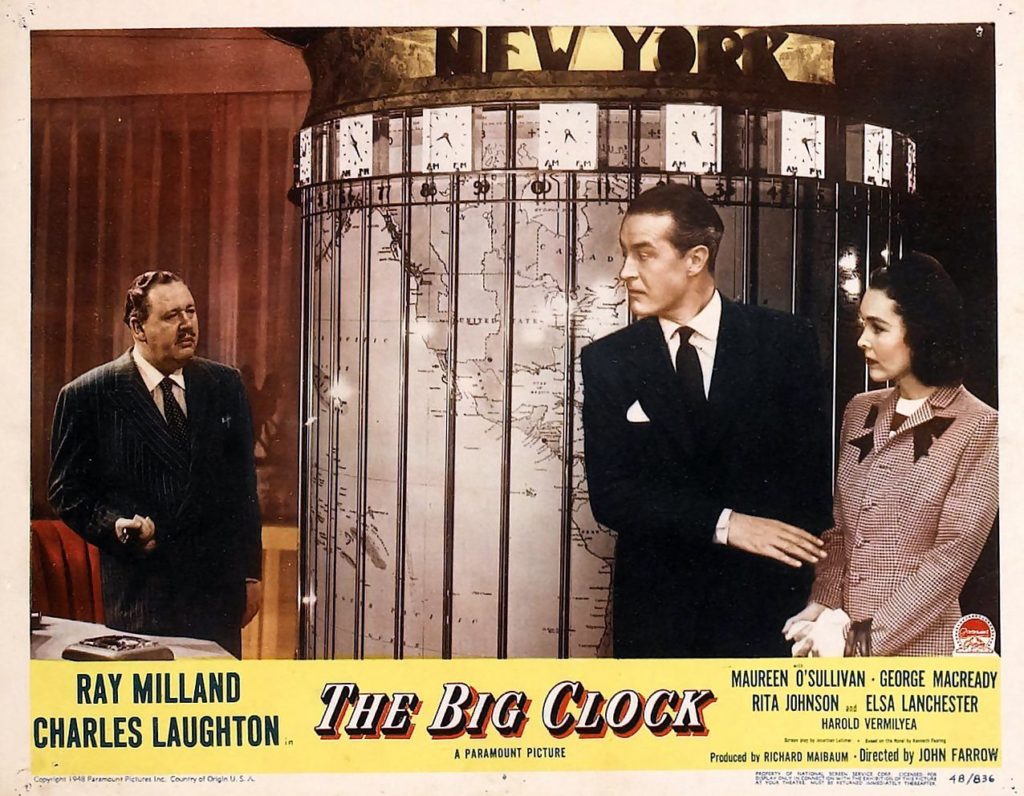