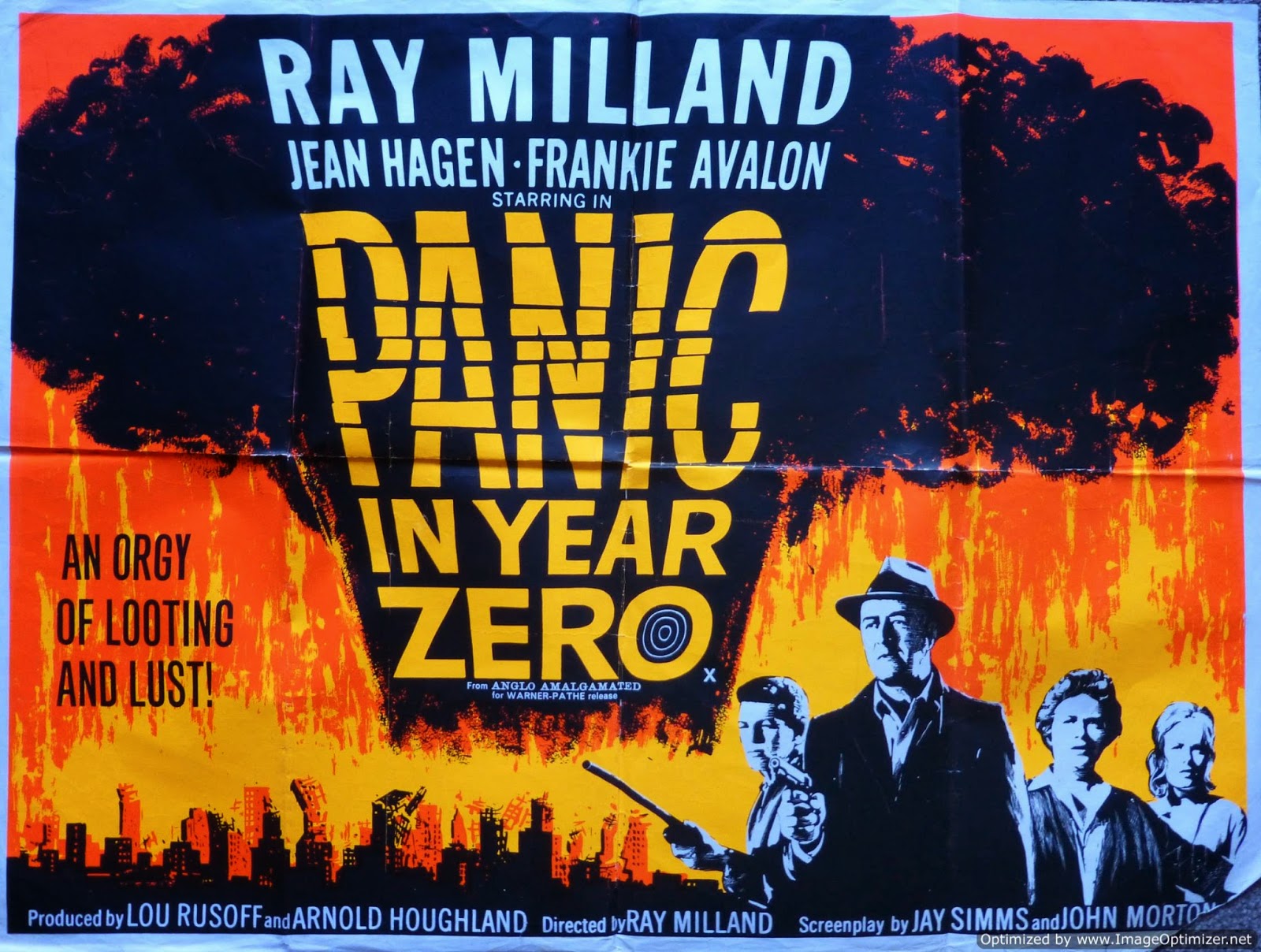 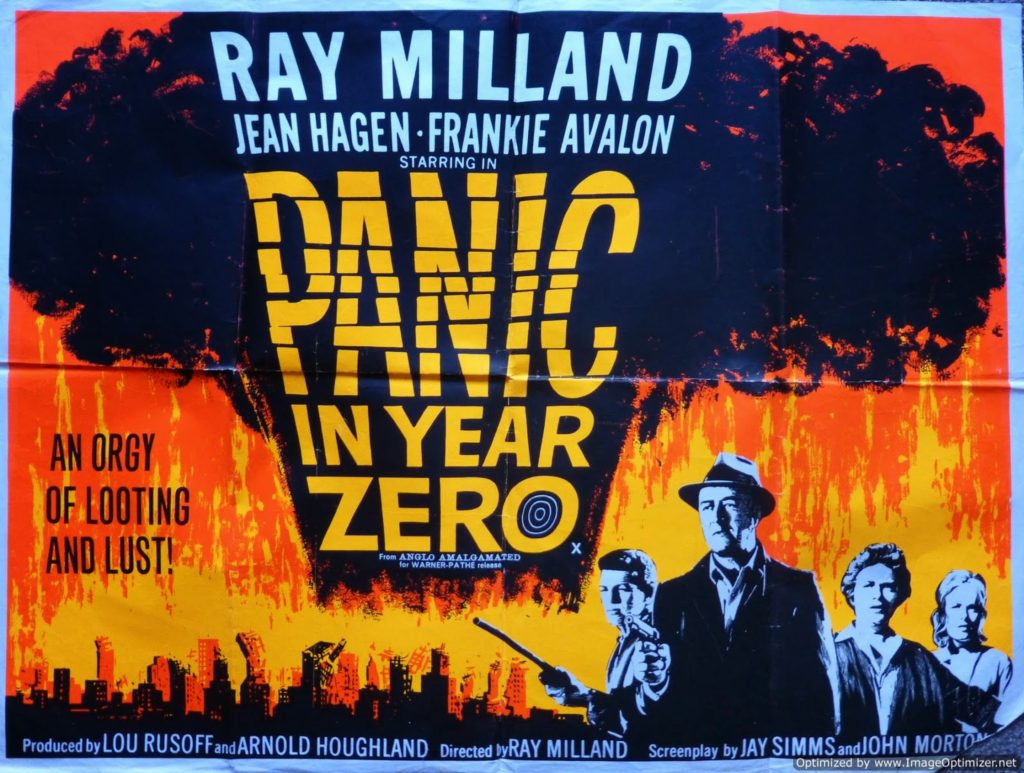 What starts out as a fishing trip for Angelino family Harry, Ann, Rick and Karen Baldwin (Ray Milland, Jean Hagen, Frankie Avalon, and Mary Mitchell) quickly becomes a fight for survival. A few hours into their trip, they discover via radio broadcast that they have narrowly escaped a seeming nuclear attack on Los Angeles. Their instinct is to turn back to help, but this decision increasingly seems an unwise one. As the family makes their way back into the hills under the leadership of Harry, they search for food, weaponry, and safe haven amongst an increasingly diverse series of dangers in the form of other desperate human beings.

What a confusing film! While in so many ways the drama is pretty fantastic – and certainly better than the glut of disaster films we’ve been treated to in the last fifteen years – there are some serious and fatal drawbacks. The way women are treated in this film is – and I don’t use this term lightly – simply reprehensible. And the character development of main-man Harry is muddled at best.

But let’s talk about the good stuff. The survival vignettes are well-done. Especially the relatively organic way news travelled before the internet-age. The Baldwins have a little time to scour the rural merchantiles for supplies, before canny shopkeeps start charging ridiculous prices for gas and food. Harry is a practical hero: he is immediately focussed on planning for short-term safety for the family, in hopes that when some semblance of order is restored they will still be in one piece. Anyone watching is bound to feel the tension of such an uncertain scenario. Is it just L.A. that’s been bombed? Did any of our friends survive? What happens when our supplies run out?

But it’s hard to know who you’re supposed to be rooting for. Our “hero” Harry is at first an insufferable know-it-all, spending the first forty percent of the film telling his family what to do, what to think, and how to feel. He and his son Rick, incredibly, keep calling Ann and Karen “the women”, and ordering them to stay quiet in the trailer. But Rick doesn’t get much more an esteemed place than “the women”, either.  “We need to have a little family discussion,” Harry intones after he says grace at their first meal in hiding – and then proceeds to lecture them about what they’re going to do in this survival situation without allowing one word in edgewise. 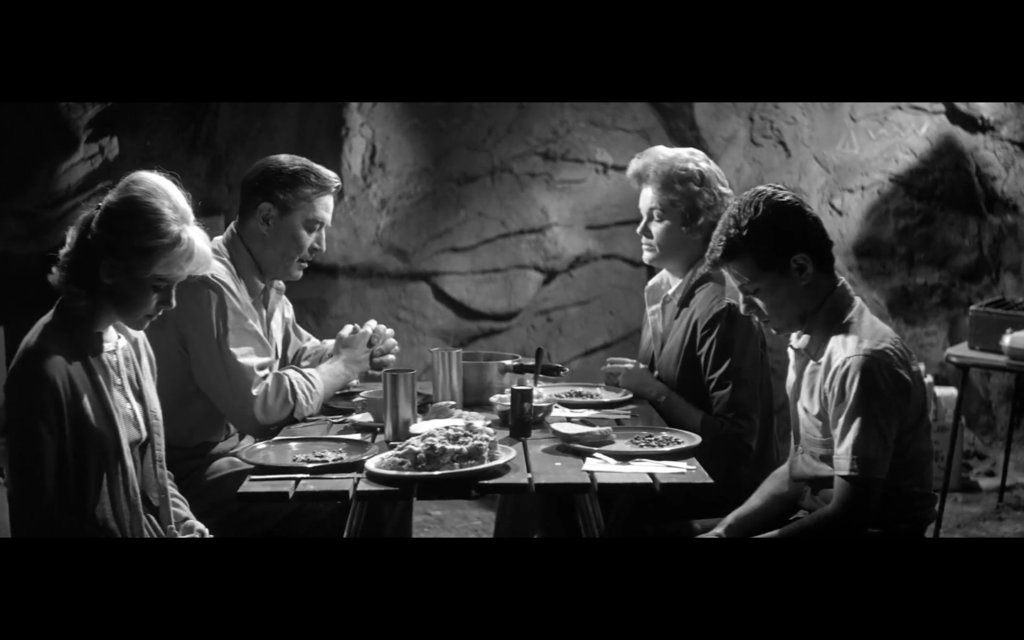 “Shut up because I’m more important than you”

From “just a huge windbag jerk” things get a little complicated where Harry is concerned, as he becomes a selfish, fear-driven megalomaniac. He ends up brazenly putting his family first without a single thought of anyone else’s welfare, most notably in a scene where he throws flaming gasoline out on a highway crammed with speeding cars. He won’t help anyone besides the family, which likely results in a few deaths. While the film explores a bit of his emotional conflict, this character development doesn’t seem to go anywhere. There is no retribution or denoument – the film kind of putters out with a, “Well I guess our heroes are all okay! (except for all the Rape which you’re not allowed to talk about)!” 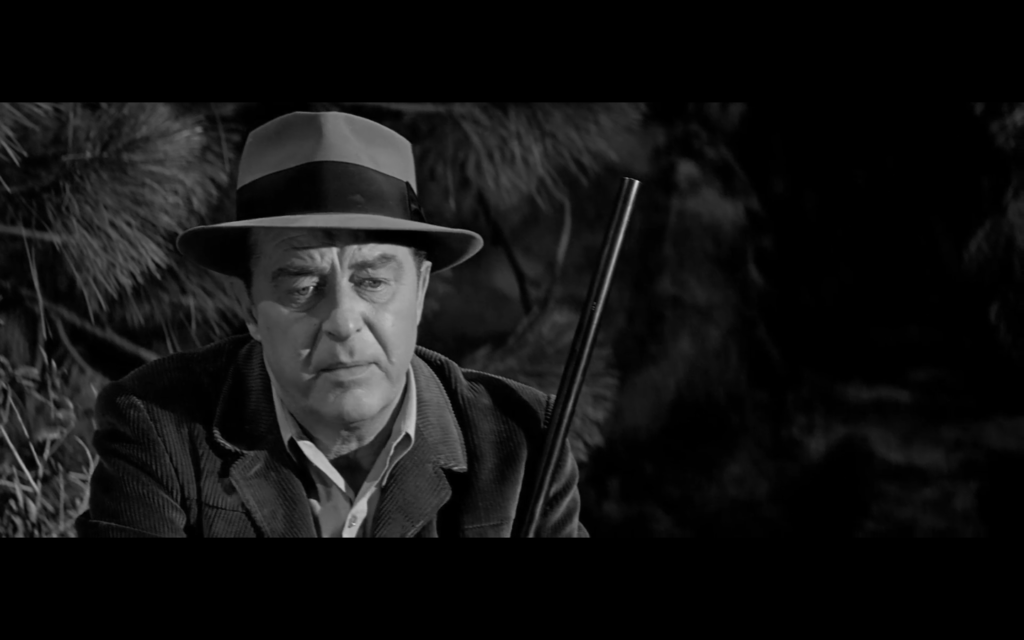 And then, the gender roles. #yikes! Women are portrayed as hysterical, helpless, and clumsy. Not content to threaten the women with rape, the film gets down to it in the third act, raping three of four women onscreen. And of course, it isn’t the event of rape that’s objectionable, but rather the way the filmwriters handle it. For instance: after daughter Karen’s rape she apologizes for her assault to her father. He responds by storming off in a predictable Virgin Spring-esque retribution, natch. Then steadfastly ignores her trauma or any responsibilities he has as a father – because he “can’t face her”.

A few minutes later recently-orphaned and gang-raped Marilyn (Joan Freeman) is rescued – albeit in a most cruel fashion. They take her back to the camp whereby young Rick responds by – flirting with her? 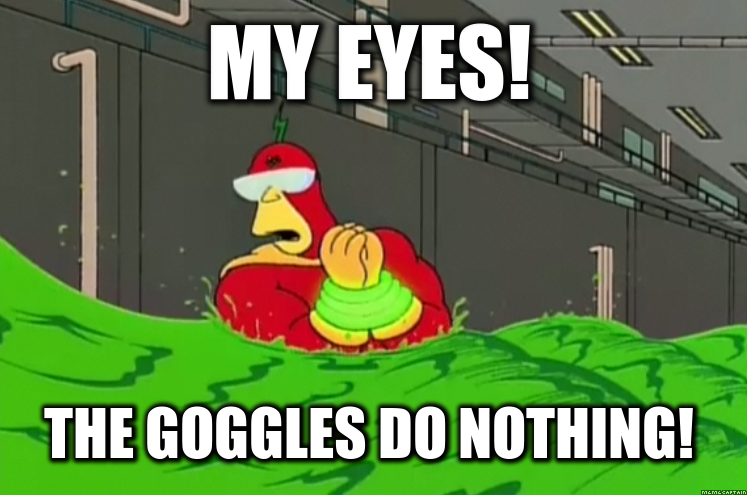 I don’t mean to belabor the way women are treated in the screenplay but: 1. Hello, We Are Half of the Population so it’s Kinda Relevant; and 2. It Really Is Very, Very Egregiously Gross.

The film is paced well, and if you can ignore all the previously-mentioned Ick there is a lot of good stuff here. Today’s disaster films spend oodles of cash on special effects; a more chilling effect here is carried off by good writing. Soundtrack buffs will enjoy the Beatnik-y, edgy score by Les Baxter. B-movie fans will enjoy a small but memorable performance of Richard Garland (one-time husband to actress Beverly Garland), and the sneer of “juvenile delinquent” character actor Richard Bakalyan.

A must-see for fans of disaster films – and fans of Milland, of which I am most ardent.