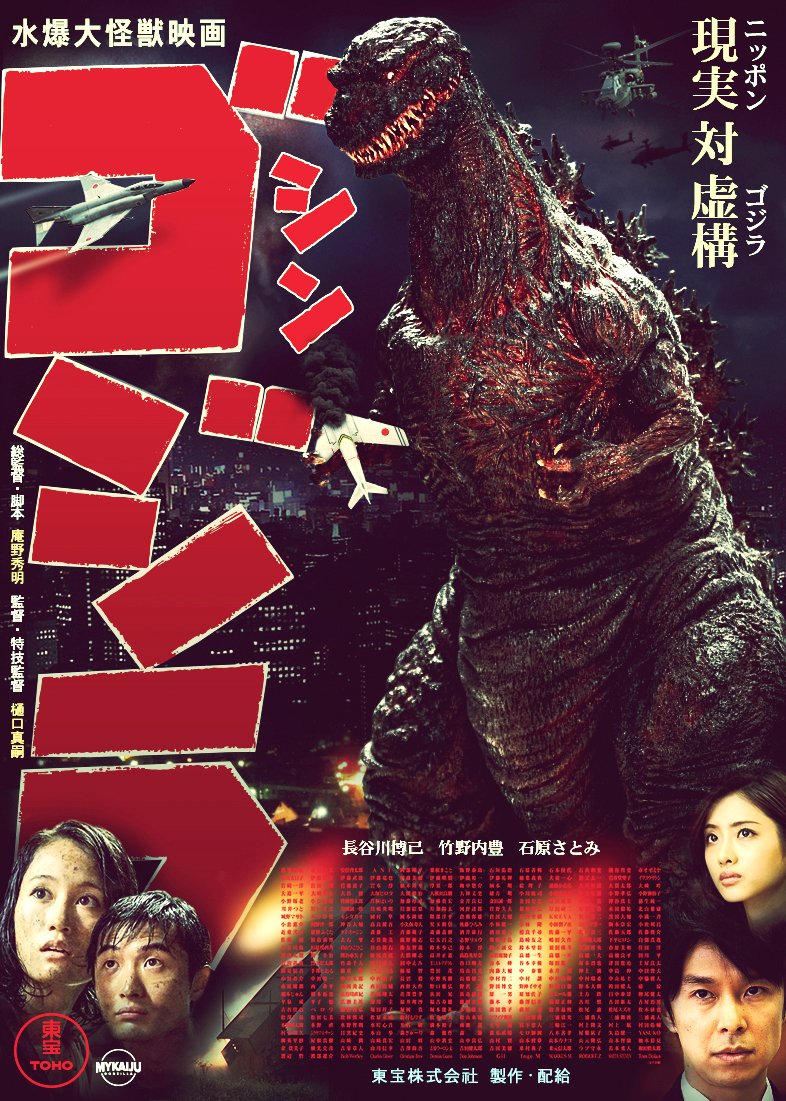 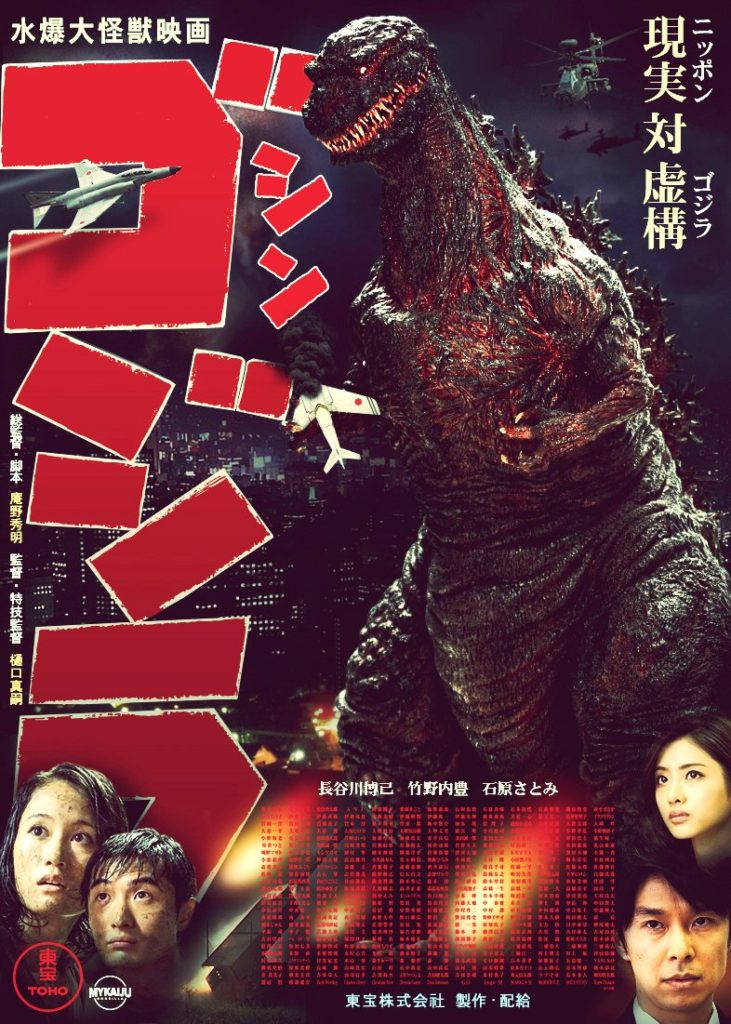 It’s almost impossible to review Shin Godzilla (2016) – roughly translated as “True Godzilla” and also released as Godzilla Resurgence – without weighing its merits according to the three general audiences who may view the film.

First, Godzilla as both a monster and film series is one of the most steeped-in-historical-allegory franchises in cinema. This inverse.com piece is a great Cliff Notes of sorts on some of these allegories – although keep in mind there have been many books written on the topic, and it is a vast one. The relationship of Godzilla (the monster) to the elements of war, vengeance, national pride (of Japan), cultural resentment (of America and postwar demilitarization), technology (particular nuclear armament), and disaster tragedies, has been a major presence in even the silliest of the canonical entries. So I believe fans of the franchise who appreciate the historical and sociological context, will not be disappointed. Coming upon the heels of current Prime Minister Shinzo Abe’s potential review of Japan’s military body, this film is – despite being violent and scary in many places – a rather hopeful one for the nation that tackles Japan’s militarization and global citizenry head-on, if it is a little less than subtle.

Then, there’s the second category of viewer: those of us who just love monster films, especially with a B-movie creative pedigree. I definitely fall into this category, and I was not disappointed in the least. The story – while more about politics and bureaucracy than a scaly critter doing the McRib Chomp on Japan’s capital – is never boring, and the film is evenly-paced. The special effects while occasionally less-than-state-of-the-art, are nevertheless winsome (particularly the mass-destruction of streets), and the monster is downright scary! In terms of ferocity – and without revealing spoilers – may I just say in the size and scope our eponymous sumbitch ain’t here to play. He (or she) has a few tricks up the scaly sleeve, and seems to suffer no discernible relationship to a human or mammalian motive. B-movie fans will enjoy this film.

And finally – there are the casual viewers, those not particularly interested in film history or artistic allegory, who might stumble across the film and wonder if Japan’s take on their homegrown monster is better than the American blockbusters of 2014 and 1998. These viewers – your “average” filmgoers looking for an entertaining action film – are bound to be frustrated by about 40 minutes of board meetings, cheesy (to the American blockbuster eye) special effects, and a lack of either romantic subplot or lantern-jawed jocks who punch people in the face.

Written and co-directed by Hideaki Anno, a prolific Japanese writer and director known for animated films, Shin Godzilla is not sophisticated in it’s symbology – nor have any of the 28 other films been particularly so. The cast here, while given silly lines now and then, is more than adequate for the energetic conversational script. The film relies on a competent ensemble as well as the charisma of young Japanese actors Hiroki Hasegawa, Yutaka Takenouchi, Satomi Ishihara, and Mikako Ichikawa (Hasegawa and Ishihara both featured in the fan-beloved Attack on Titan live-action offering), and if their characters aren’t particularly three-dimensional, they aren’t unappealing either.

This is a must-see for any fans of Godzilla or Japanese monster films; but will also be an enjoyable diversion for fans with less arcane tastes. 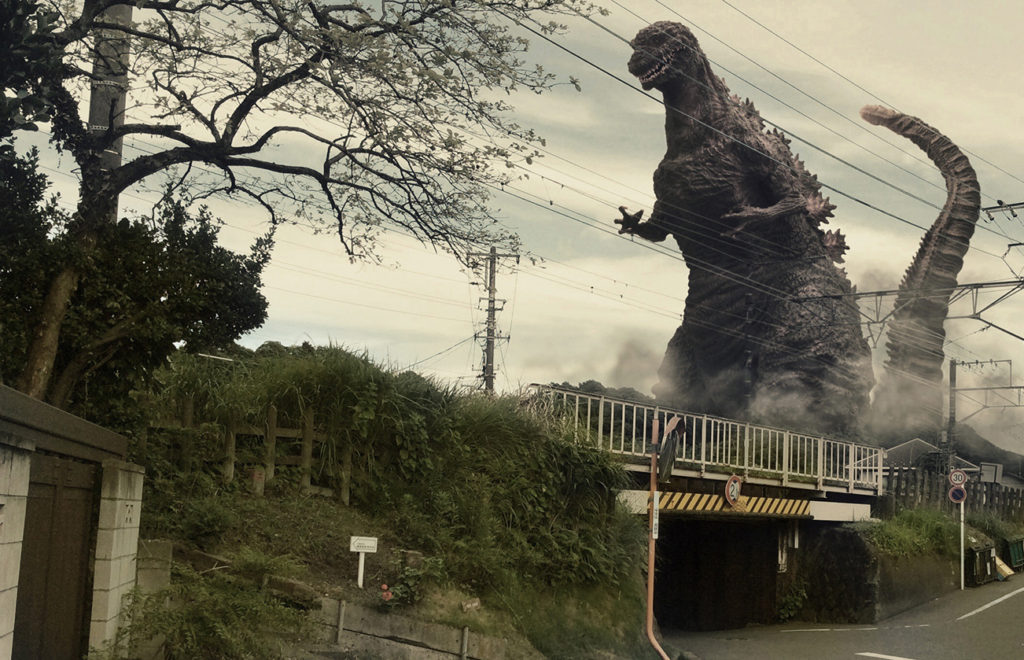