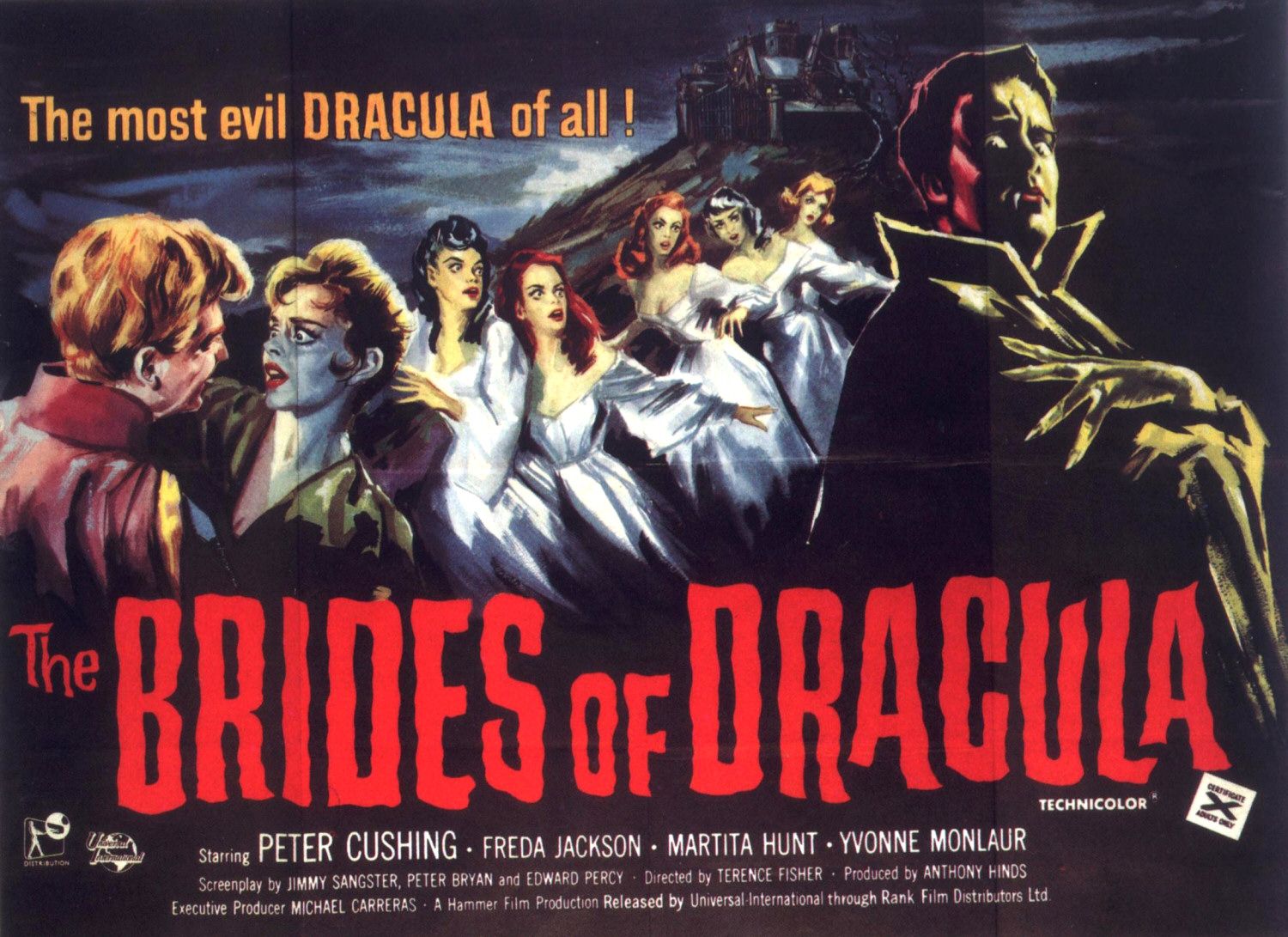 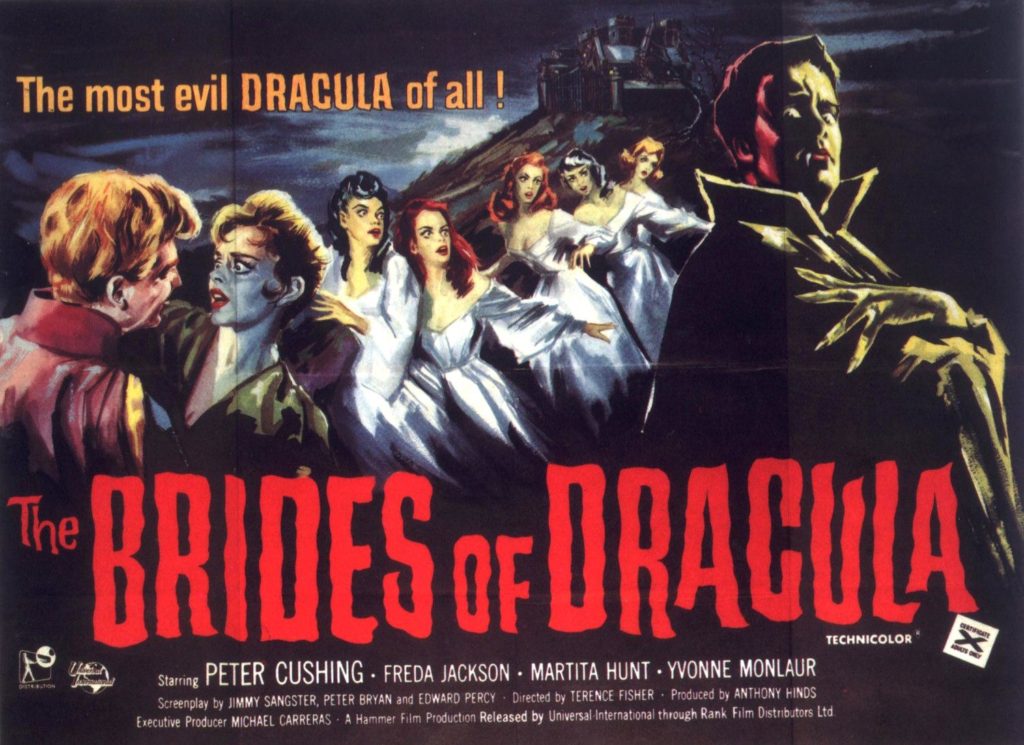 Following up on the successful The Horror of Dracula (1958), this Hammer horror film elects to pursue Van Helsing (Peter Cushing) while Christopher Lee sits this one out. Therefore we have no “Count” per se, but rather a mysterious and aristocratic family, the Meinster family, whom we soon learn were cursed by their encounters with the vampire. Their story is shrouded in mystery and loss, and they mostly keep themselves to themselves up on the mountain, while the village below is terrorized by some kind of supernatural predator.

Enter a young French teacher, Marianne Danielle (Yvonne Monlaur) who one night as she tries to make her way to her new employment is lured to the castle by the Baroness (Martita Hunt). It would seem the older woman has no sinister designs on the young woman, but the Baroness’ long-exiled son (David Peel) is revealed to be chained up in his room. He gains the trust of the young schoolmistress, and she frees him – but he is up to no good. He soon takes to wooing her personally (using his suave aristocratic charms) and at night, menacing the other young women at the school. 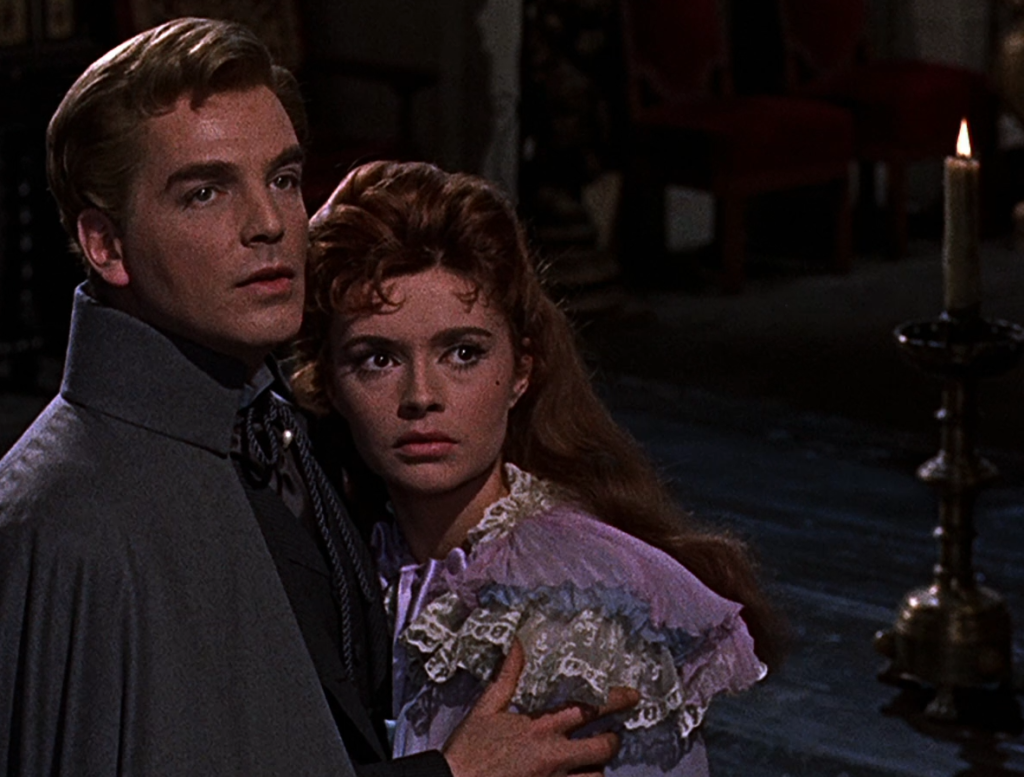 Directed by accomplished Hammer talent Terence Fisher, the film is neither scary enough nor titillating enough to genuinely shock; and in Baron Meinster, we barely have a villain and the movie seems to know that. That said, competent performances by Cushing, Hunt, and several English actors of film, stage, and television – Freda Jackson, Andree Melly, Henry Oscar, Mona Washbourne, Victor Brooks, and Miles Malleson (the latter as rather weak comic relief) – keep the film enjoyable enough. Freda Jackson as the enthralled servant, and Martita Hunt’s more stage-like theatrics, are particularly enjoyable. The Hammer colors are gorgeous and Cushing’s dignity (always present, even in silly films) goes a long way. A must-see certainly for any horror or vampire completist. 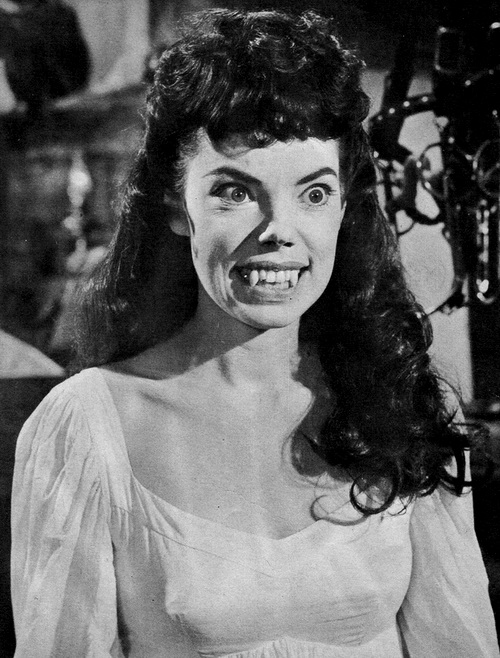