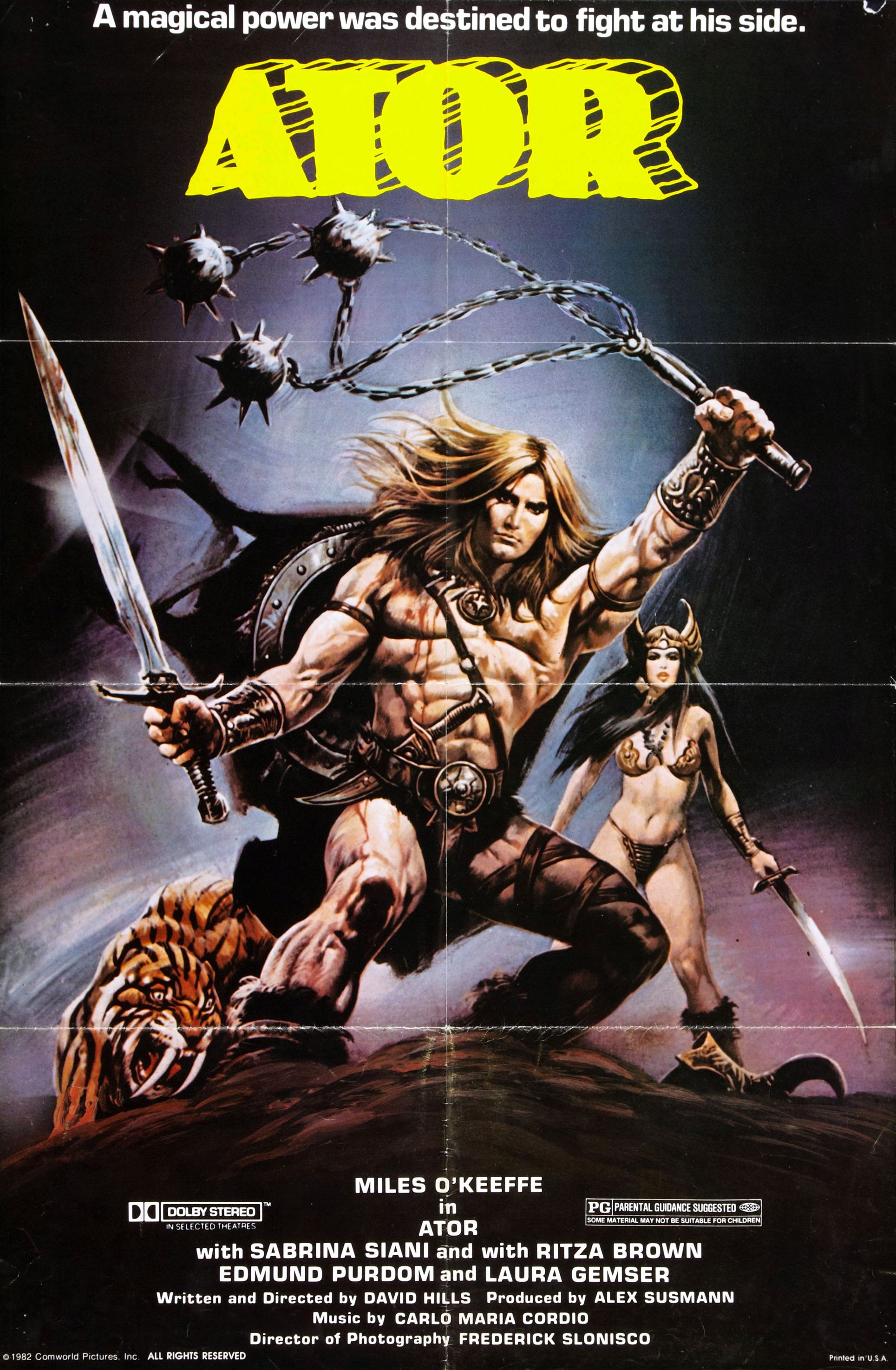 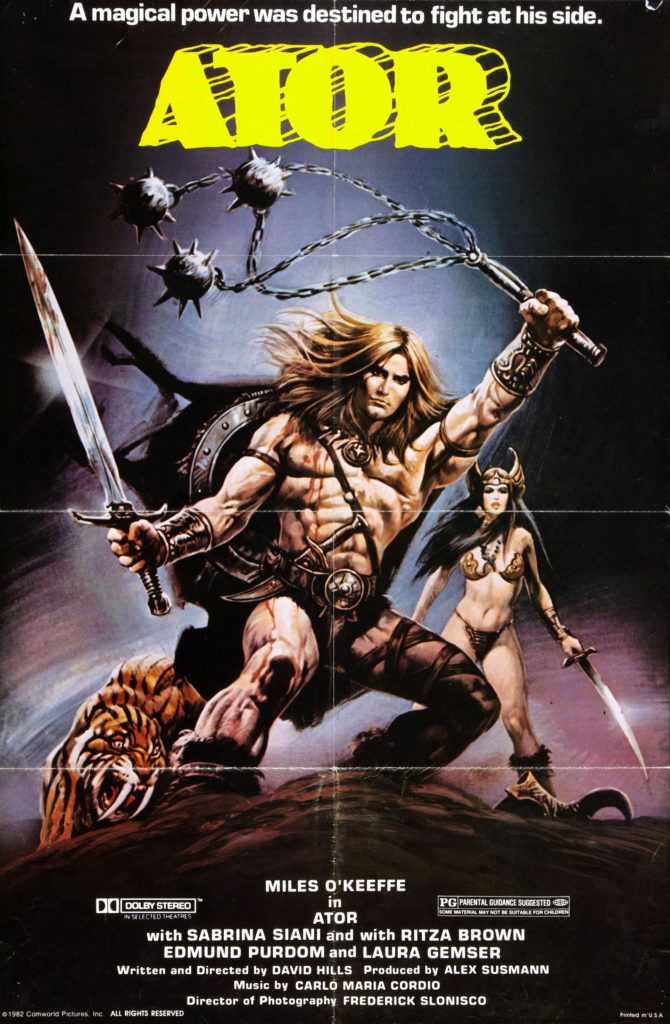 After the box office success of Conan The Barbarian (1982), a number of American and oversea film enterprises quickly worked to make cheap fantasy sword-and-sorcery copies of the film. One of the fastest to hit the presses was Ator, The Fighting Eagle (Italian release: Ator l’invincibile), co-written and directed by Joe D’Amato, whose career mostly consisted of soft- and hardcore pornography. Very little pornographic values are seen in this film, except for perhaps bad wigs and clumsy dialogue.

The story opens in typical S&S fashion: a dark lord (the “High Priest of the Spider”) finds out something or other about a prophecy and orders a marked infant killed for safe measure. The target infant, however, is carried off to safety by the bewigged and mysterious Griba (British actor Edmund Purdom). The boy, now named Ator and played by Tarzan actor Miles O’Keeffe, grows into strapping manhood unaware of his lineage. He falls in love with his sister (?!), and upon confessing this to their father, is relieved to hear he was adopted and can therefore marry her (?!). Inexplicably, at this point he is spotted and recognized (?!) by the dark lord’s minions and, on his wedding day, the village is raided. His parents are killed and his sister/bride (Ritza Brown) is carried off by the horde. Ator collects his best loincloth and sets on a quest, battling giant spiders, blind seers, a seductive witch, and a small undead army.

Unless you love the hokeyness of these kinds of epics (and I do!) you’re not likely to find much compelling fare in this film. Ator is played in this film (as well as the two sequels) by O’Keeffe, whose main strengths seem to be a gorgeous head of leonine locks and an impressively fit physique. D’Amato quickly produced a sequel (wonderfully lampooned in Season 3 of “Mystery Science Theater 3000”), absented himself for the third film, and returned to direct the fourth. A small role goes to Laura Gemser, the Indonesian-Dutch actress who made D’Amato’s career with the Emmanuelle series. The cast is rounded out by Italian actress Sabrina Siani, Peruvian actor and wrestler Dakar (credited as “Dakkar” in the film), and spaghetti Western actor Nello Pazzafini.

A great film for any fans of the epic fantasy or sword and sorcery genres. 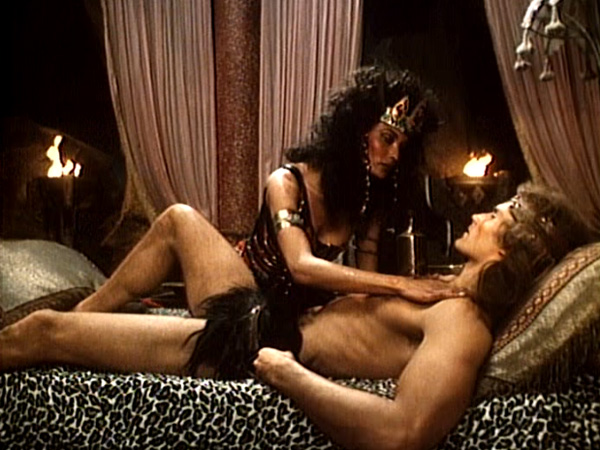 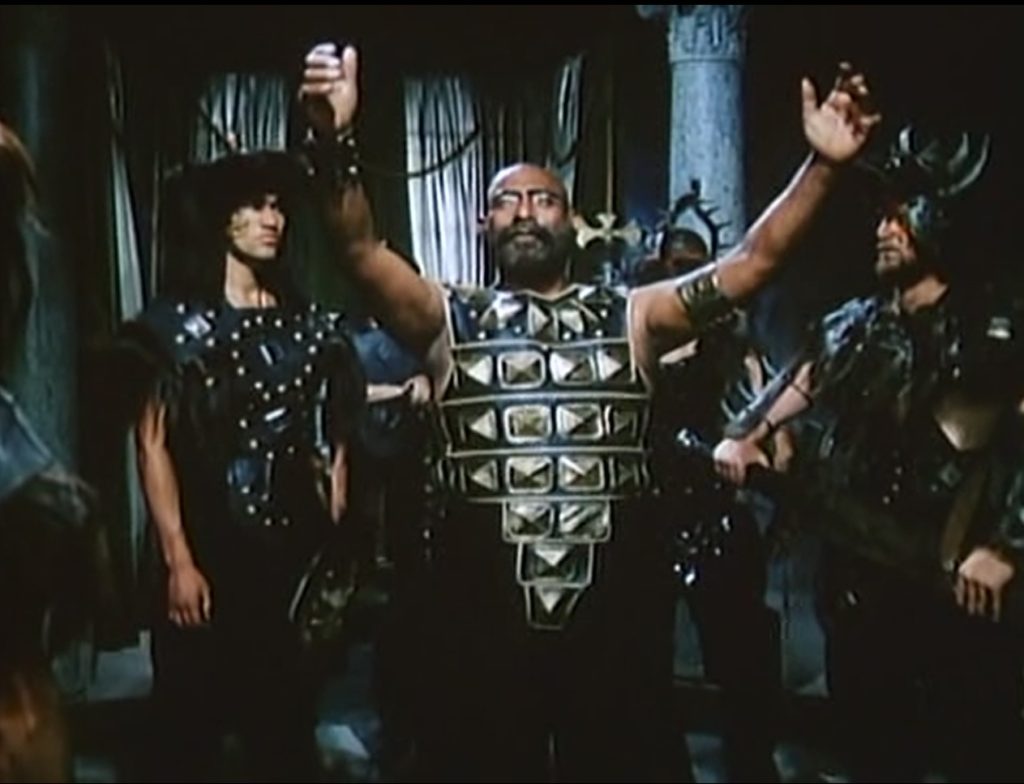