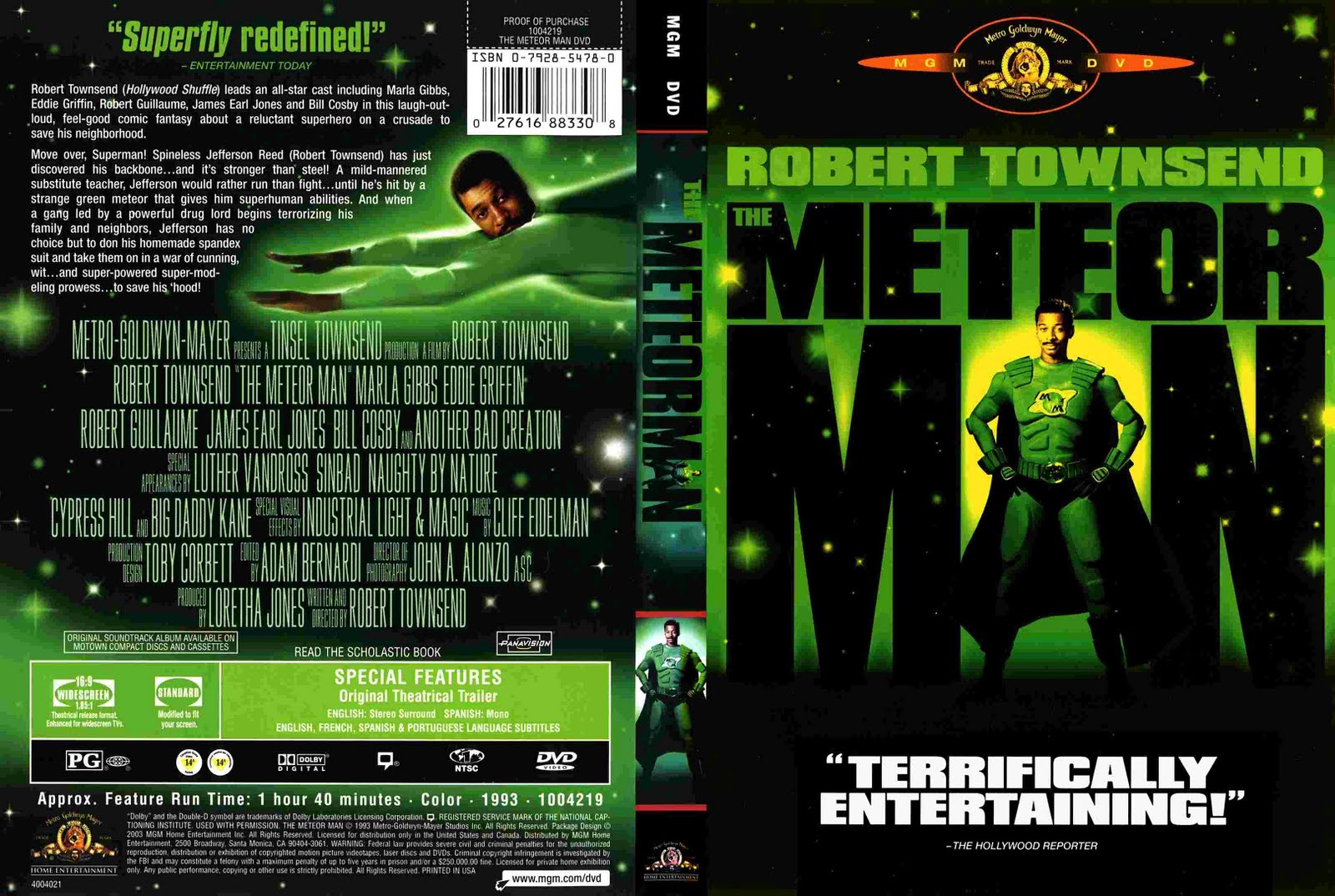 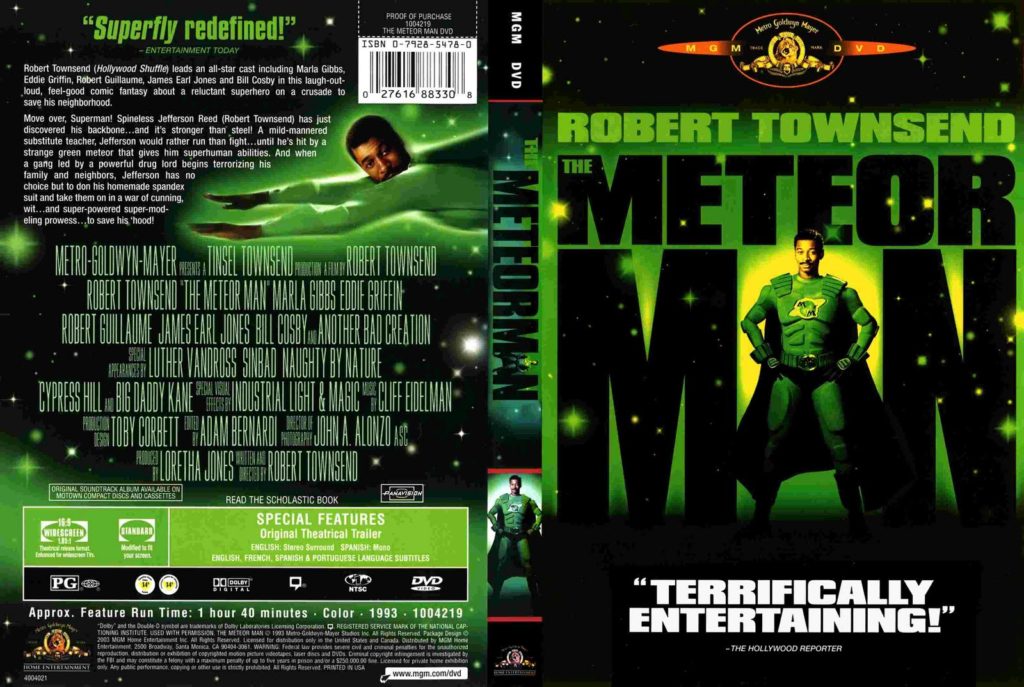 Produced, written, directed and starring Robert Townsend as mild-mannered-citizen-turned-superhero, this lost-in-the-90s comedy is an extremely well-intentioned effort that likely should have been more successful than it was. Townsend plays Jefferson Reed, a milquetoast science teacher trying to evade adult responsibilities, including the bad behaviors of the young boys at his school and the drug- and gang-plagued skirmishes of his neighborhood. He spends most of his time with his parents (Marla Gibbs and Robert Guillaume) and his goofy friends (Eddie Griffin and James Earl Jones). A freak accident transforms him into a superhero with oddly specific, strange powers (Marvel created a comic series after the film), and he somewhat reluctantly gets involved trying to help his community. Job one: dismantling the local gang improbably named “The Golden Lords”, the membership of which consists of an astonishing number of grown men and children sporting peroxide-blonde hair (and occasionally wigs). 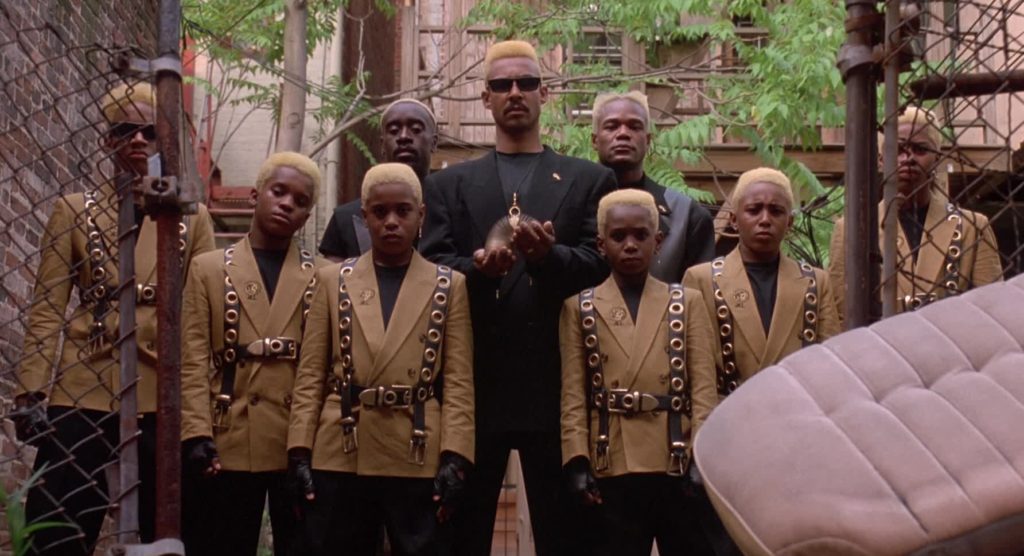 Despite some mayhem – The Golden Lords sport guns and freely fire them at people, and at one point a dog is killed – the film is definitely on the comedic, occasionally-slapstick side. The movie is also a “message film” of sorts – holding that inner city drug and gang problems need to be solved by the collective good works of the inner-city citizens rather than societal overhaul – but for all that it is fairly light on its toes on the topic. The production design is clever and cute – looking very much like a Disney television show.

If Meteor Man has any stand-out feature, it’s an astonishing cast of black talent and cameos, covering the world of stage, television, and film, and including musical artists spanning the genres of motown, hip hop, soul, and R&B genres. Amongst the cast: Don Cheadle, Luther Vandross, Tommy ‘Tiny’ Lister, Nancy Wilson, Marilyn Coleman, Roy Fegan, and John Witherspoon. The film also features a few cute cameos, including Naughty by Nature, Cypress Hill, Another Bad Creation, and Biz Markie; Sinbad, Big Daddy Kane, and Bill Cosby play minor roles. White character actors Frank Gorshin and Wallace Shawn round out the cast of miscreants. Despite a whole lot of charm, the film had a tough job keeping my interest for its 100-minute runtime.

The Meteor Man is a must-see for any 90s television and music fan; and of course, any superhero completist. 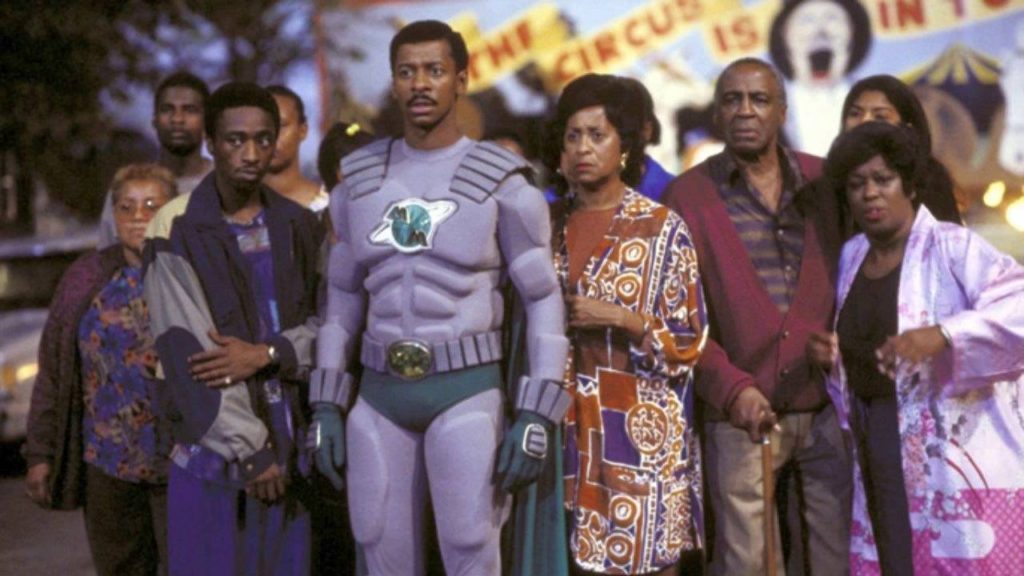