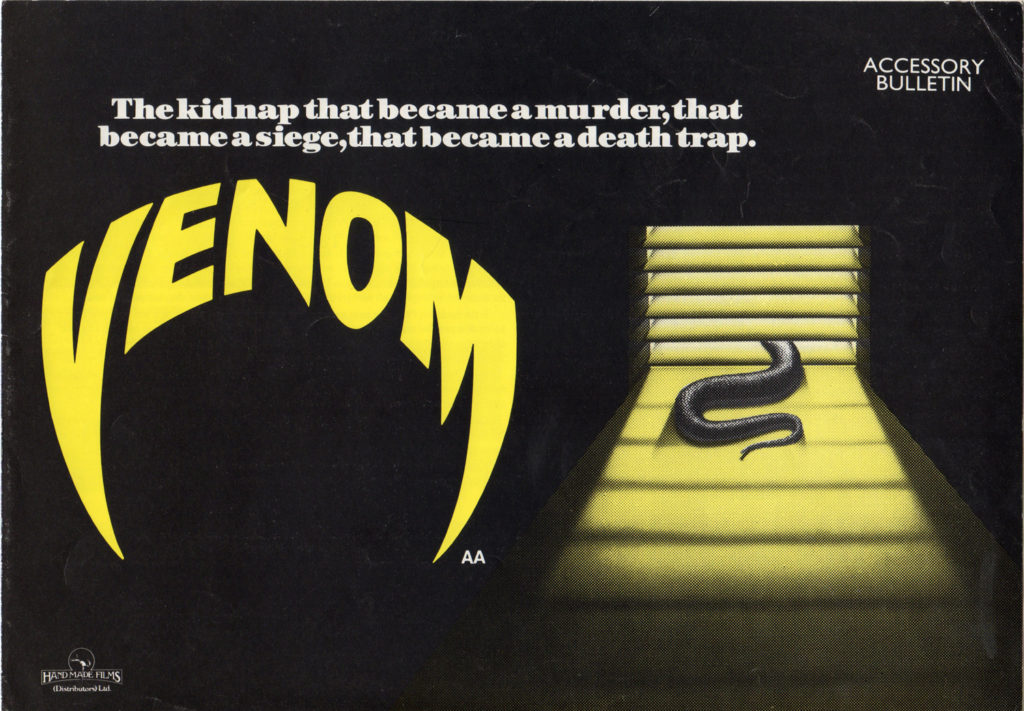 A rather unpleasant thriller, Venom combines the bleakness of a kidnapping drama with a bit of eco-horror in this film, which at times reads like a made-for-television effort. Apparently besieged with creative and personnel difficulties – director Tobe Hooper quit or was fired from the project before Piers Haggard took over, and leads Klaus Kinski and Oliver Reed fought on set – the film nevertheless plods along fairly well.

In the plot, three criminals – experienced German terrorist Müller (Kinski), a hot-headed chauffeur associate Averconnnelly (Reed), and Averconnelly’s girlfriend Andrews (Susan George) – plan the kidnapping of a wealthy and asthmatic 10 year old boy (blonde moppet Lance Holcomb). The boy, I might add, is a budding naturalist and keeps a variety of critters in his home. On heist-day one thing quickly leads to another – including a case of mistaken-snake identity – and the group of kidnappers and hostages are soon trapped inside a townhouse with – plot twist! – a deadly black mamba. The police eventually get involved and what we have for the remainder of the 92-minute runtime is a hostage standoff complicated by the presence and occasional McRib chomp by our slithery companion. 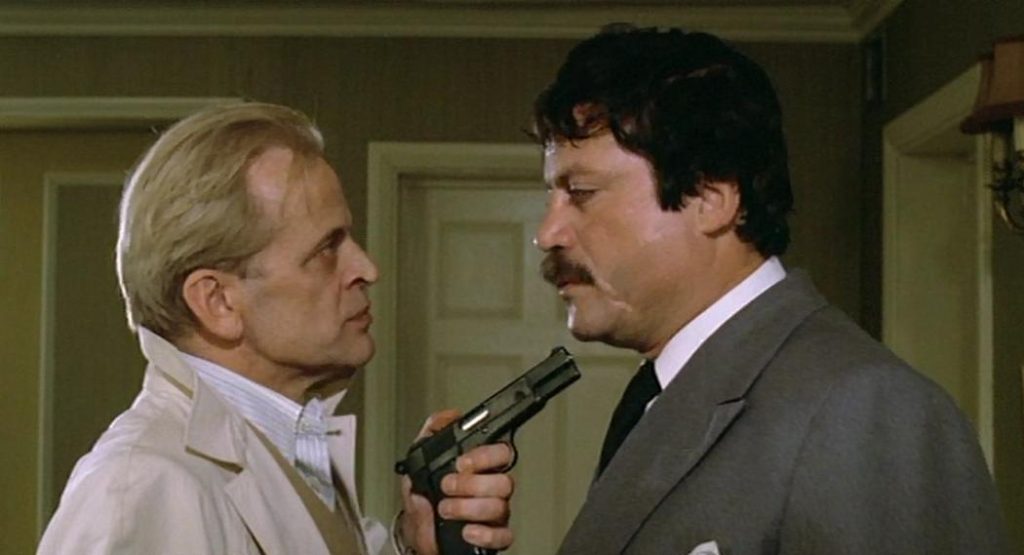 Black mambas really are as deadly as the movie indicates; without antivenin the mortality rate from a bite is close to 100%, and things don’t look so good even with treatment, really. The film makes about as good a use of snake-terror as it can, especially given you and I both know snakes don’t really attack so much as, respond defensively to people disturbing them.

Those who like the darkness of seventies dramas will like this film, which feels a bit older than it’s 1981 vintage. Oliver Reed and Klaus Kinski play the exact type of creeps we’re used to seeing them play. The movie is strong in acting talent: American noir- and Western-standby Sterling Hayden and the very talented British actor Nicol Williamson provide decent chops to their roles (“I’m the boy’s grandfather” Hayden reminds us a half dozen times in the film). In addition Sarah Miles, a brief bit by Michael Gough, and Susan George add gravitas to what otherwise might have been a very silly film. The women in this film are treated horribly, portrayed either as dithering, hysterical, and ineffective, and of course George is treated most exploitively of all.

A must-see for any eco-horror completist, those who favor seventies-era dark dramas, or any fan of the abovementioned actors. 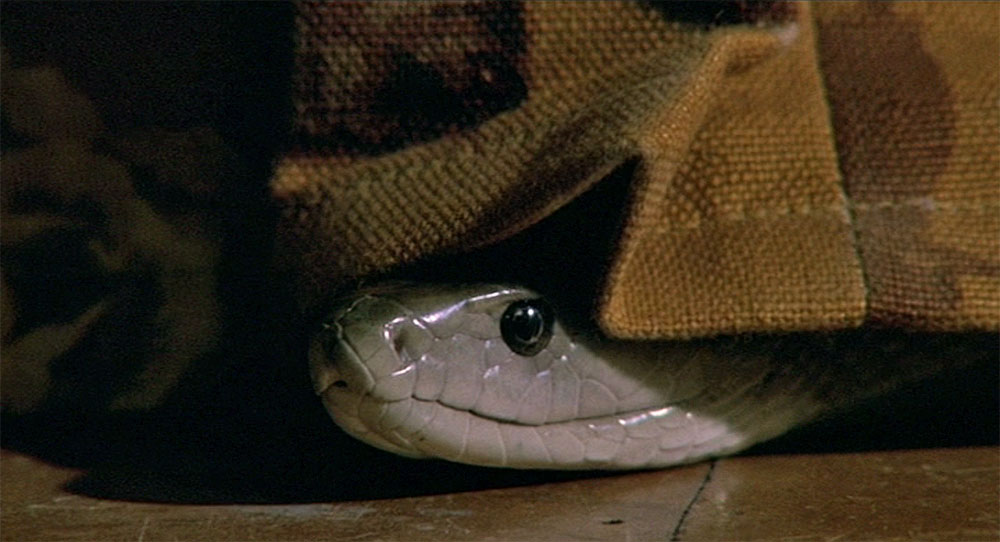