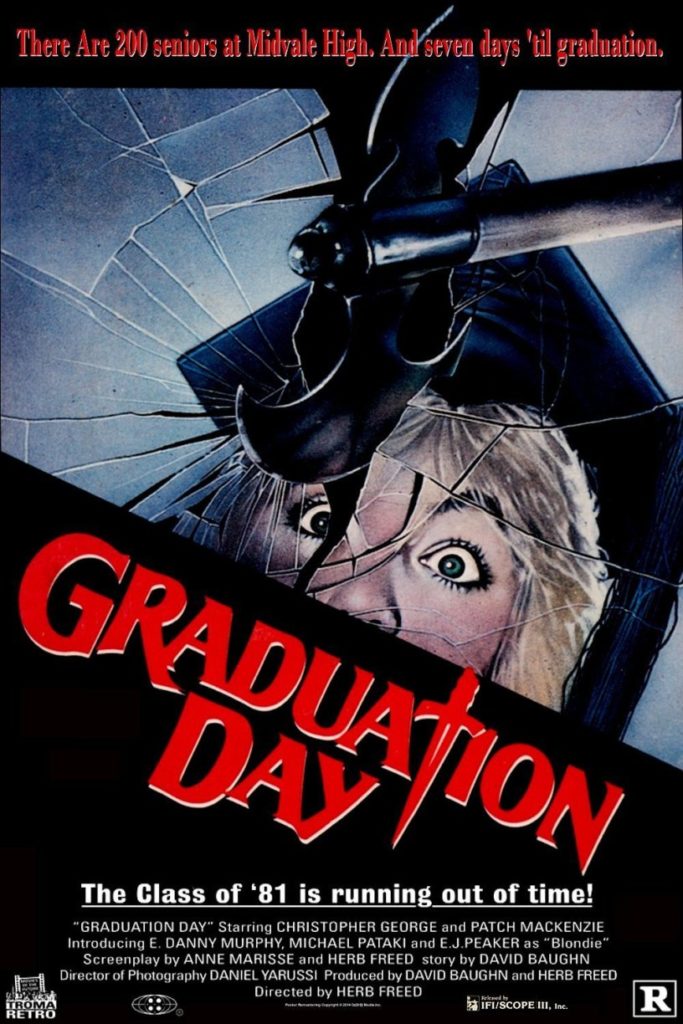 There is so much I enjoy about slasher films, but it is a genre I rarely dip into due to often intolerable quantities of misogyny, transmisogyny, homophobia, and ugly racist tropes. Every now and then a slasher is tame enough on these fronts I find it bearable to view, and 1981’s Graduation Day is one such entry.

The film opens on a track meet at Midvale High school, imbued with about a thousand percent more slow-motion intensity than any actual high school event has ever experienced. During a 100 meter dash, ominous music swells as we begin to focus on slow-motion sprinter Laura. The camara work flashes back and forth between Laura and the rabid fans, backandforth backandforth backandforth! – and the young woman falls to her death after completing the event. Some weeks after, the Laura’s sister Anne hitches a ride into town to visit her grieving parents; meanwhile, the rest of the track stars begin to get murdered (and their bodies go missing) as an unidentifiable killer uses garish pink lipstick to cross off the ill-fated teens on a photo of the track team. 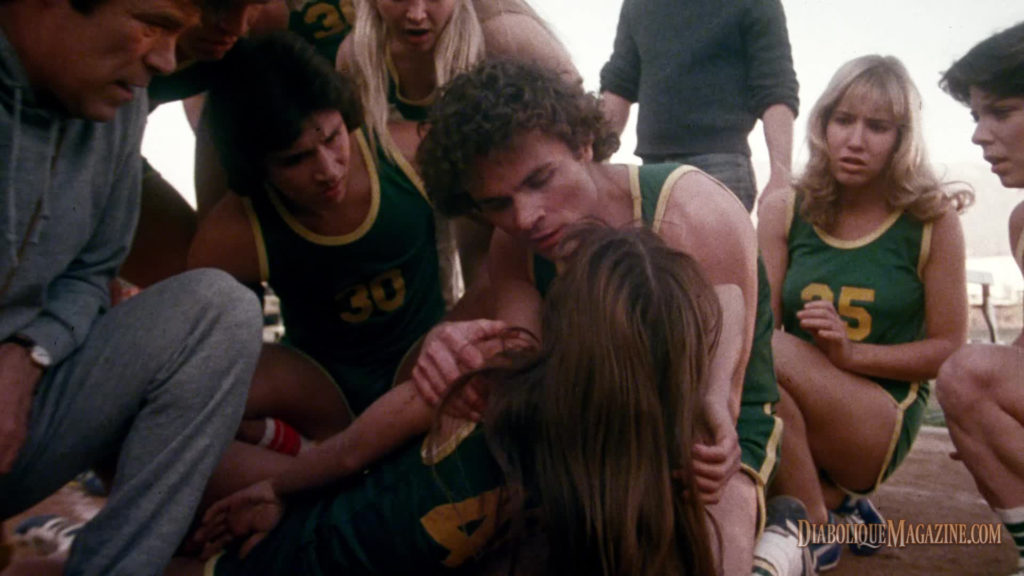 Like many slashers, this one is what I think of as giallo-Lite – heavily influenced by the often “erotic”, gore-laden horror mysteries that feature a masked or unidentified gloved killer, an unintelligible plot line, and a series of misogynistic killings. Unlike many giallo films, the plot in Graduation Day is not entirely unintelligible, instead being rather flat and linear. Just about any named character is shown at one point to fondle or caress a possible murder-y accessory – a switchblade or a stopwatch or a pair of murderin’-sweats and gloves. Is our killer the pervy and incompetent Principle Guglione (Michael Pataki)? Is it the four-seconds-away-from-a-rage-aneurysm Coach Michaels (Christopher George), a man wrongly – or perhaps correctly – thought to have murdered the young track star Laura? Is it Anne (Patch Mackenzie), an entirely unconvincing Navy ensign returned to visit her grieving mother (Beverly Dixon) and icky stepfather (Hal Bokar)? Or is it one of the other track stars? Can the third act introduction of tepid police inspector Halliday (Carmen Argenziano) – hey, he’s Lebanese, not Italian! – add any bit of interest, at all? 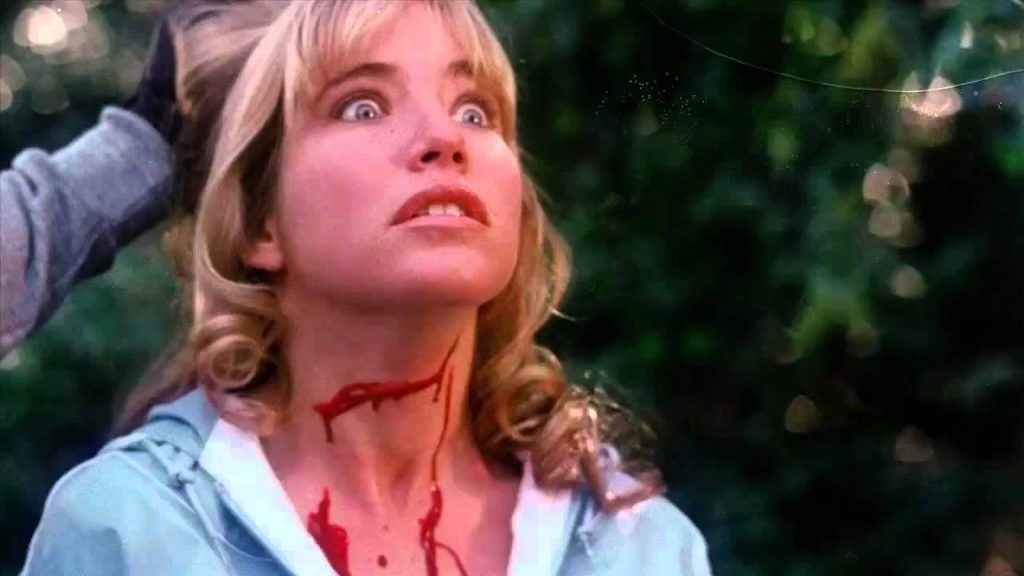 The gore is boilerplate, nothing impressive; a few beheadings and such are carried out in the near-dark to hide mediocre special effects. One decapitated character later shows up as a phony head – only the head was cast from a different actress and their only similarity is blonde hair. A few deaths are nice and icky – a pole vaulter’s death on a spiked landing pad, for instance. Too many stalking scenes (where the killer awkwardly holds out his/her stopwatch as he stalks) and far, far too many rapid succession jump cuts make the film at times a tedious affair.

Graduation Day was directed by Herb Freed, a writer/director with a respectable number of horror credits to his name. As for acting talent: as you can imagine, the film doesn’t provide too much opportunity on that front. A young Vanna White has a small role. Scream queen Linnea Quigley is given a trashy part (of course) but her charisma is unmistakable and her character of Delores curiously touching. Notable too is a footnote for the soundtrack: new-wave rockers Felony (hit song: “The Fanatic”) perform a plodding version of “Gangster Rock” during the dance scene/woods chase scene.

Definitely a must for slasher fans, and good enough fare for B-movie night. Lace up those New Balance trainers, stretch those hamstrings, and give it your best!