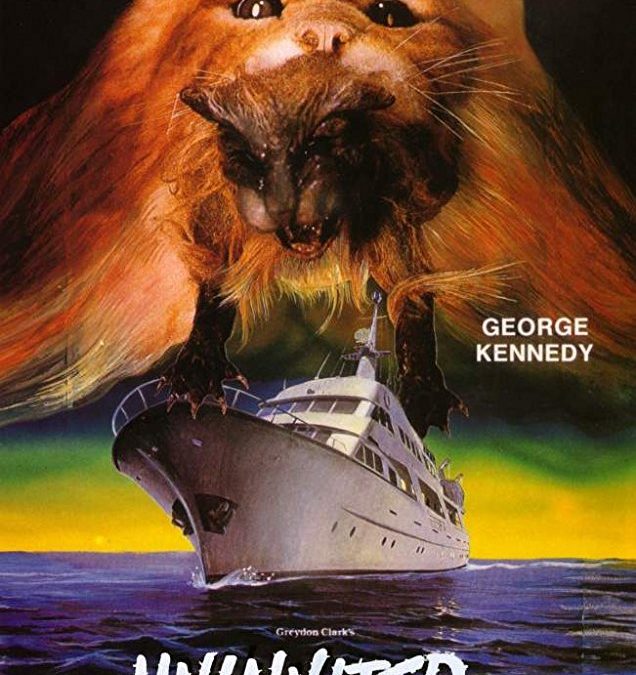 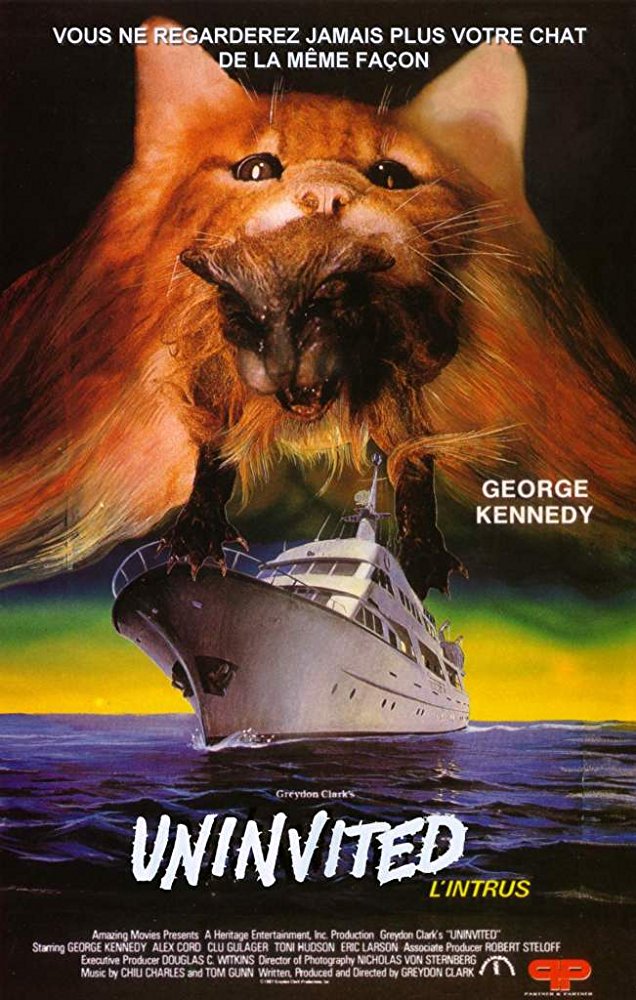 The film opens on a couple veterinarians in a sort of secret lab, handling a cat who has developed a creepy mass in its body due to radioactive testing. Facing vivisection, the cat (a longhaired ginger tabby) says “no thanks”, and a series of super-secret government thugs dumbassily leave door after door open and let the cat loose. The cat gains freedom, but not before murdering a few employees by suddenly turning into a puppet and vomiting forth a mucus-covered evil creature who slashes and bites, apparently toxic as well as sharp and aggressive.

The cat makes its way through the city, occasionally killing an amiable yokel here or there, and eventually befriends two spring break young ladies who are attempting to hook up with three spring break doofuses (including a decidedly Rob Estes prior to his soap opera glow-up). The five youngsters befriend creepy gangster, murderer, and drunken lout Walter (Alex Cord) who invites them on a cruise. Walter, unbeknownst to our party-happy young people, is heading to the Cayman Islands with his henchmen (Clu Gulager and George Kennedy) and Girl Friday captain (Toni Hudson, a health guru best known by 1985’s teen cult film Just One of the Guys). With the law at his back Walter won’t turn the boat around for any reason and – oops! – kitty is now aboard and hiding out, ready to unleash the gibbering gooey gremlin in his guts, to murder each passenger one by one.

This baffling horror (?) film is a mid-career effort produced, written, and directed by Greydon Clark, best known (?) for helming Final Justice (1985) and Stargames (1998). Gore effects are earnestly applied but not convincing – just gross. The puppety cat and its incomprehensible inner demon are particularly cringe-worthy and seem to change in form throughout the film. As is often the case with these horror ensembles, no one is particularly likable and it’s just a matter of who gets killed off in what order, and how. At first it seems particularly depressing to see Kennedy and Gulager in this low-budget enterprise, but then again both actors had long careers and impressive pedigrees that ended on a high note (Gulager’s last credit to date is two years ago, at the age of 87).

Another saucy little surprise with this odd project is just how many posters resulted, each more terrible than the last. Weirdly a lot of love seemed to go into this film, and even online reviews often give it the benefit of the doubt. It’s somehow comforting that this horrible little movie gets some love and is still crouched out there on Amazon Prime if you, like the proverbial cat, find yourself too curious. 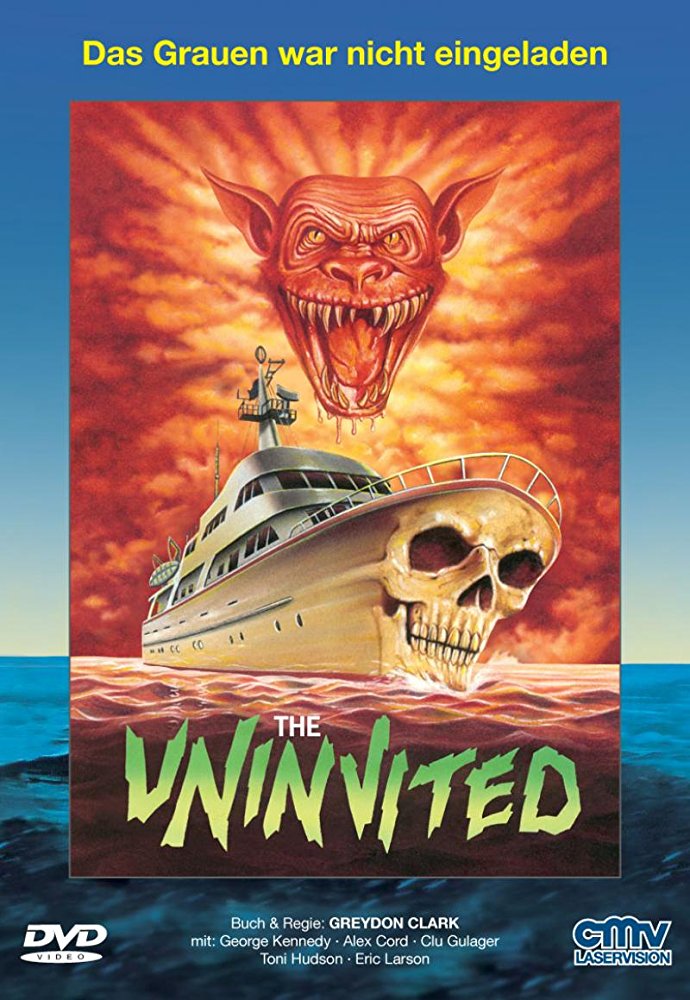 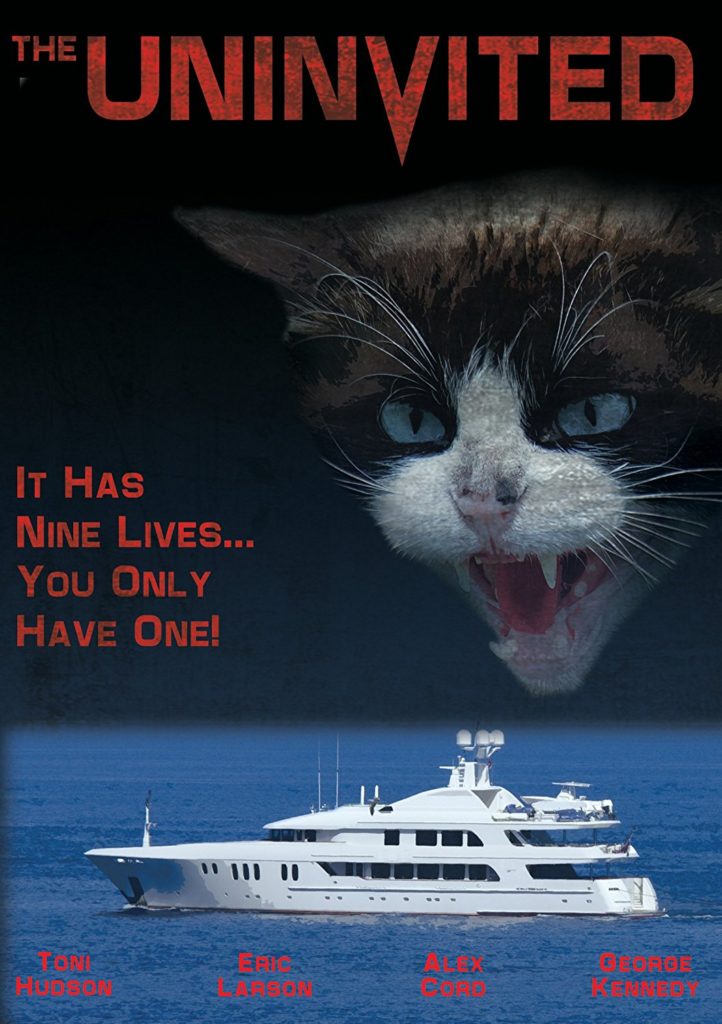 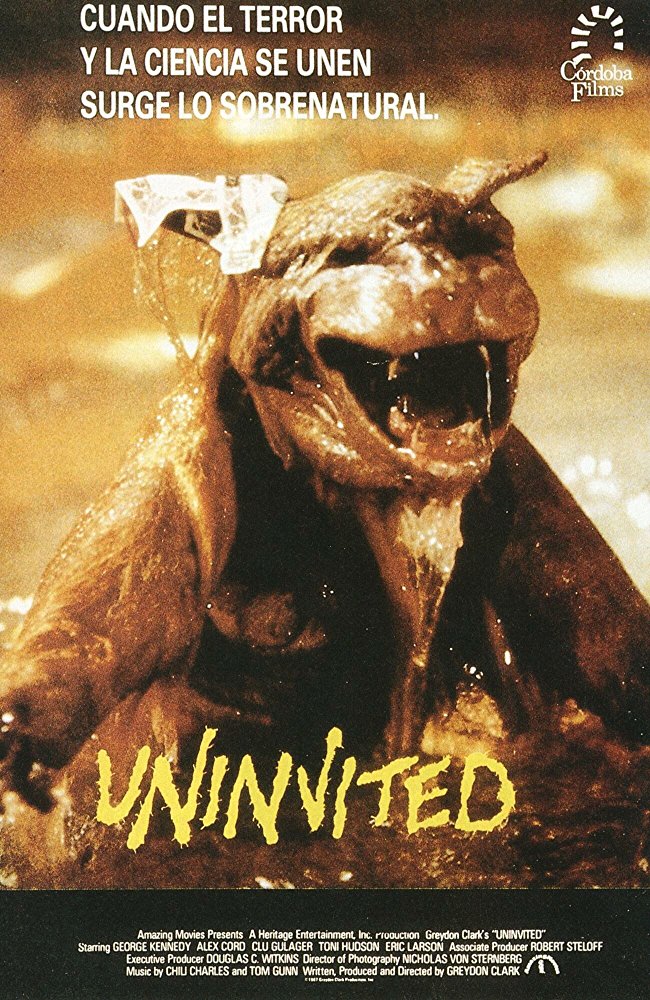