A few weeks ago, I went to see A Quiet Place. That movie was a’ight, but you know what it reminded me of? Another movie in which a hapless family is tormented by (allegorical?) aliens with a completely weaksauce weakness. That’s right, I’m talkin’ about Signs! 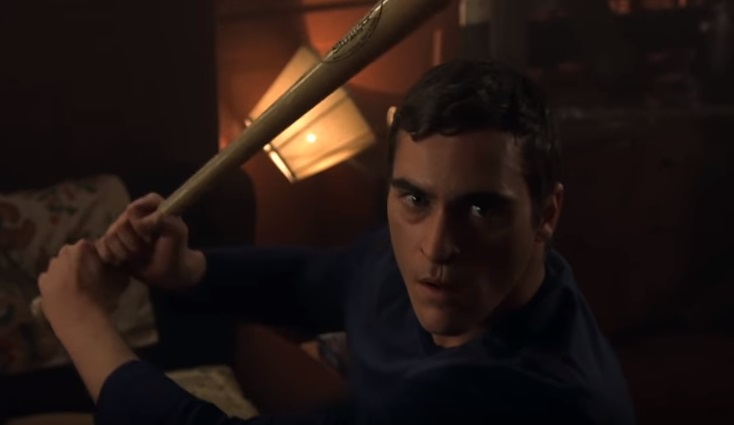 Skrt – yeah, that’s me. You’re probably wondering how I got here.

Signs seems a lot older than it is because it’s from a time when we, the casual viewing public, trusted both Mel Gibson and M. Night Shyamalan. This movie has to be at least thirty-years old by now, right? Nope, it’s from 2002. It’s just old enough to drive at this point.

I really didn’t get or like Signs when it came out. I watched it twice (unprecedented!) hoping for some kind of revelation, but it turned out to be the point where I finally lost my patience with Shyamalan’s directorial choices which means I didn’t have to suffer through The Village. But, these days I can appreciate its story structure and the influence it has had on the psychological branch of the science fiction horror subset. Again, A Quiet Place owes it a fair bit of debt.

Okay, not convinced? Let’s look at it. Signs shows us a family broken up by grief and loss – Graham Hess loses his faith when his wife dies in a tragic car accident. He has become distant to his childrenand his brother Merrill who is dealing with some issues of his own. The world building in Signs happens largely in dialogue and flashbacks with news broadcasts from the outside world peppered in to remind us that there is indeed something afoot. And that something is: aliens. Why are the aliens invading us? Because statistically that is more than likely what they are going to do regardless. I mean, is a species that is sufficiently advanced for space travel really coming to just kick it with us?

There’s some neat visual choices going on here. We see a lot of scenes of the aliens attacking urban areas, which is bad enough, but the Hess farm is far away from civilization and the rural setting adds an extra layer of terror. There’s no help, no getting out. The family has to rely on themselves. At the time, the labyrinthine corn maze was pretty scary. The creature design is interesting for a few reasons. The first being that we don’t really see them that well until the end, making their appearance that much more impactful. And then… well, say what you will about early-00s CGI but the alien that we do see clearly is… a rather generic spin on the Little Green Men trope. The only neat things we learn about its biology is that they emit a toxin from their bodies and they are able to manipulate their skin akin to octopodes. Neither of which things really come into play. A let down at the time, I’m wondering how much of that was a stylistic choice. I wonder this because it becomes apparent that Signs isn’t really about the aliens themselves: it’s about fear and loss and a broken family coming together. Does that mean the aliens couldn’t have looked a little cooler and more thought out? Who knows. But as it turns out, the aliens are allergic to our water so maybe it’s just as well that we didn’t spend a whole lot of time on their design. What a waste!

What I appreciate most about Signs, especially as a part of Shyalaman’s catalog, is that it does not rely on a twist ending to the point that it spoils itself much like The Sixth Sense. It plays to Shyamalan’s strengths of mystery and foreshadowing even if it relies on some really, really weird choices. Things that make more sense in retrospect but just look bumbling and obvious as the movie is going along. Like Bo setting up Mason jars of water around the room, only linked by throw away lines indicating that the aliens don’t exactly go fishing. Merrill’s failed baseball career plays into his inferiority complex and the final ending in which he gets his moment to prove himself, but if you look at it too closely it falls apart. Graham also gets his redemption and closure with the death of his wife but it takes an alien nearly killing all his kids. There’s so much tension driven by a family of tropes and not the aliens. Am I saying the aliens don’t exist? No but I might be! But hey, what if we took this very same idea, made the family less allegorical and made the aliens a little cooler, and casually transferred every single plot device that didn’t quite make it out into the hands of John Krasinski? Boom, A Quiet Place. Optimistic endings in tow!

Okay, maybe I’m reaching. Is Signs so perfect that A Quiet Place is a direct remake of it? Heck no. But the passage of time can make things that were a little too far ahead at their exact moment look a little better. Time has definitely waxed a little sheen on Signs if not totally vindicated it and I think it is a movie that deserves a second look if you didn’t care for it the first time like me. Like the much-maligned Prometheus, its time is finally coming. Swing away, my friends!