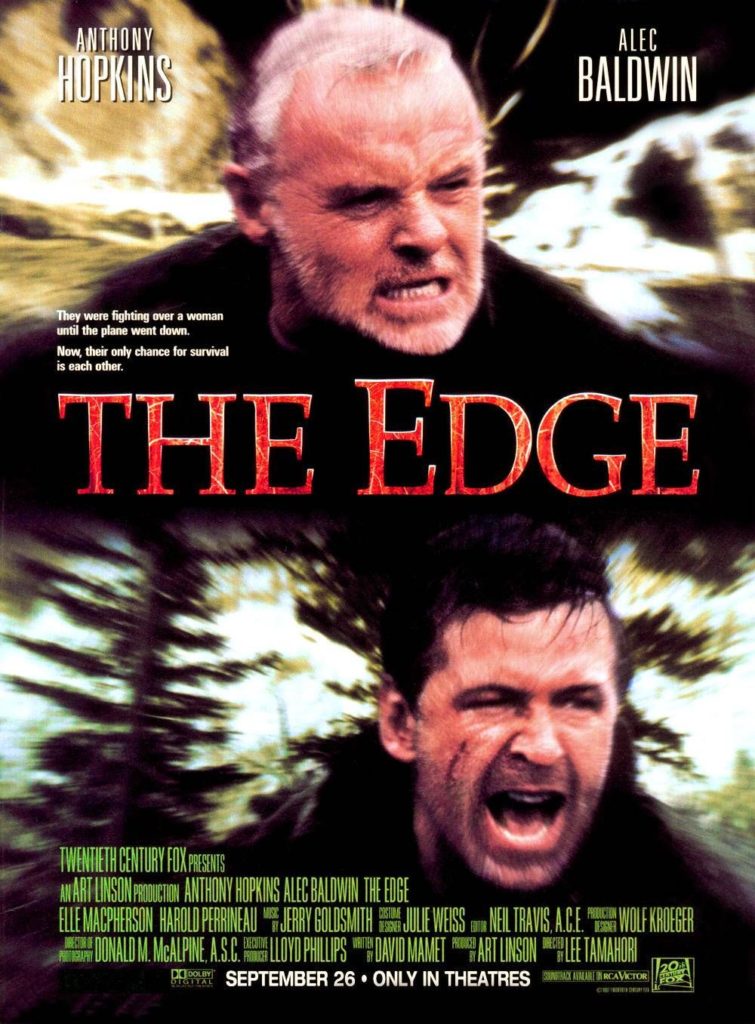 I’m a sucker for a good survival film and David Mamet’s The Edge is one of my time tested favorites. The film isn’t nearly as thrilling upon subsequent viewings, but the first time I saw it I was practically in tears. Despite appearances, the best action isn’t delivered via the threats of exposure, starvation, and bear attacks, but rather the passions between two well-rendered leads. Twenty years after the film was released the reeking machismo of the premise and characters does little to dampen my ardor.

Arriving at a remote and gorgeous Alaskan resort, billionaire Charles Morse (Anthony Hopkins) accompanies his wife Mickey (Elle Macpherson) and her fashion photographer Bob (Alec Baldwin) on a location photoshoot. Mickey and Bob are there to work, and Morse is also providing accommodations to a small amiable crowd of agents and sycophants (Harold Perrineau and Kathleen Wilhoite, among others). Morse is clever, quiet, and painstakingly polite, his nose buried in a book. He’s obviously well-liked by the crowd, but he’s deeply lonely. The sole joy in his life is his devotion to his much-younger wife; however, he has started to suspect Mickey of having an affair with Bob. Bob, a sophisticated cynic who resents Morse for his wealth as well as his superior and remote air, barely conceals his scorn for the older man.

A spontaneous small plane trip to an even more isolated location results in an unexpected crash and the two men are dumped in a lake – soaking wet and without weapons, food, navigational tools, or means of communication. Worse, within their first few days of their survival ordeal a grizzly bear begins to stalk the men, and starvation and exposure begin to take their toll. In addition to the fortitude required under these kinds of circumstances, Morse suspects Bob of wanting to kill him off for the “broad and the boodle”, and this suspicion casts a pall on the proceedings. The two men need one another for survival, but their conflict bubbles under the surface at all times. The resulting trials and tribulations are, in my opinion, masterfully paced and the final leg of the two character’s friendship is both powerful and deeply sad.

Baldwin and Hopkins are at the absolute top of their game. I don’t care that both men often play the same roles over and over (especially Hopkins); their talents and more precisely their charisma and personality types are put on perfect display. The film is part survival action, part drama, part buddy movie, and in the end – for me – moving and exhilarating. 10/10 would watch again. 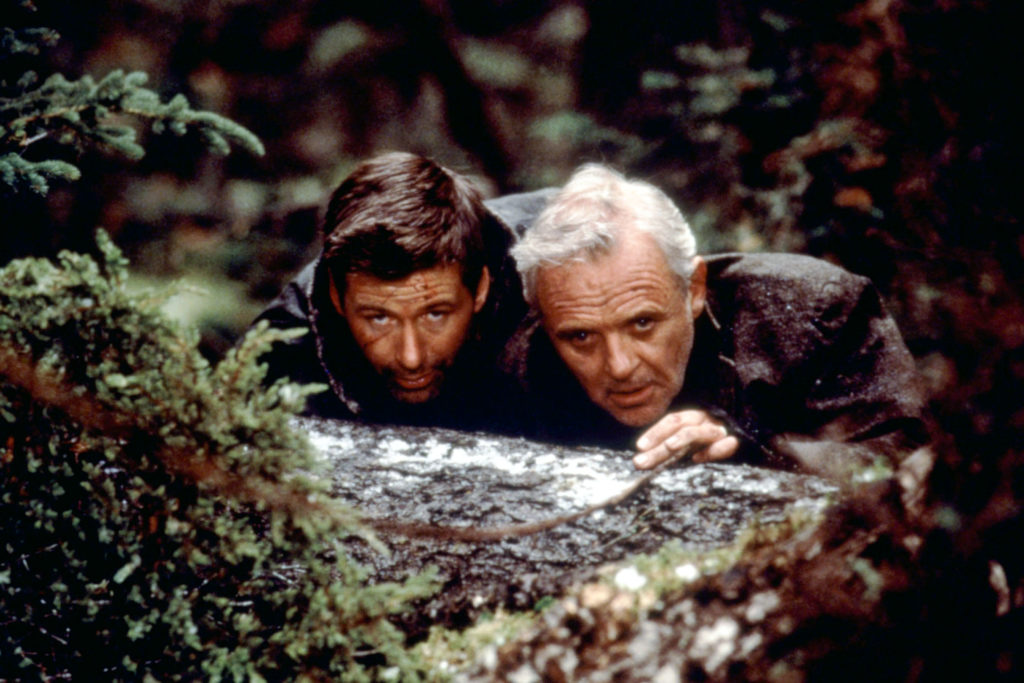