I am embarrassed to admit I have let my readers down for the roundup, watching only two measly films for the week. In my defense, I’ve been reading some really solid fiction and nonfiction and listening to a couple excellent podcasts. Oh – and working. You know, for pay. Remember that?

On offer this week: a tepid ski resort thriller that wants to be an action heist, and a Karate Kid knockoff. Bon appetit! – K. 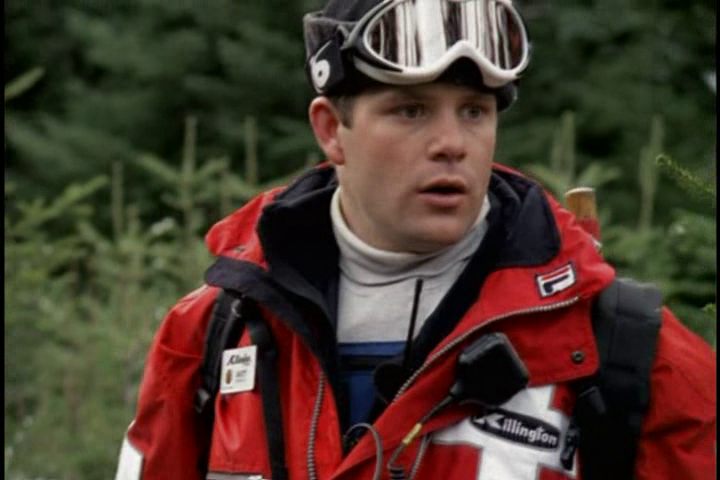 Icebreaker (2000)
I have never met a film that wanted to be Die Hard as badly as Icebreaker does. There are a few plot differences: our terrorist villain Carl Grieg, played by an earnest but groan-inducingly campy Bruce Campbell, is an American, not a German. Our hero Mikey (Sean Astin) is a ski resort paramedic, not a cop. And rather than woo his estrainged wife at a posh skyscraper New Years party, Mikey is trying to woo his fiance’s father (Stacy Keach) in a depressing-looking diner. After a few scenes hinting at what an uber-baddie this Grieg is, Mikey unwittingy drops in on the terrorist plot (involving detonators, I think) and soon his intended (Suzanne Turner) is targeted by the semi-suicidal megalomaniac Grieg. Soap opera star John James has a brief turn as an FBI operative named Langley (really?), and there are shenanigans on ski lifts and in gondolas. This film was produced just before Astin signed on for Lord of the Rings and put himself back in the Hollywood sweet spot. 2/5 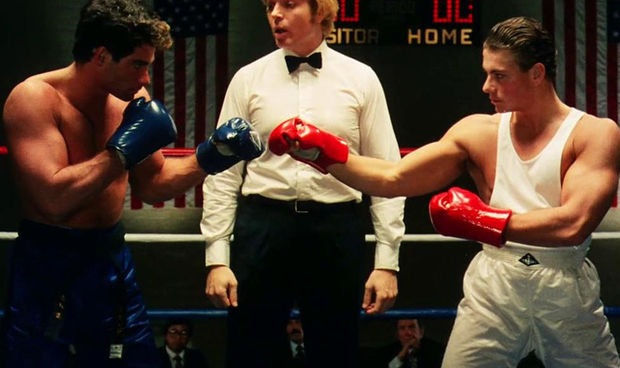 No Retreat No Surrender (1986)
A mid-career martial arts effort by prolific director Corey Yuen, No Retreat No Surrender followed hard upon the heels of the wildly successful The Karate Kid and tried to one-up the proceedings with Cold War politics, gangsters, and a martial arts haunting. Unfortunately No Retreat is much clumsier than Karate Kid, although I think it’s also a lot more fun. In the film, teenager Jason (Kurt McKinney) enjoys sessions at his father Tom ‘s dojo; however a sinister cartel of mobsters shows up and attempts to pressure Tom into using the business as a front. After getting his ass kicked, Tom packs his family up and flees California for Seattle, but Jason soon finds trouble there as well. The film marks the first significant role for Jean-Claude Van Damme, playing Ivan “The Russian” Kraschinsky in Ivan Drago fashion. Van Damme here is boilerplate over-the-top karate thug, complete with (impressive) jump kicks, cheesy 80s fashion, lots of yelling and yes, an enraged shirt-tearing scene. Sweetening the pot with embarrassing cliches are Jason’s loyal friend RJ (J.W. Fails), whose enthusiastic performance is a combination of offensive racial caricature and ardent 80s wingman, and Kent Lipham as Scott, the spiteful and obese villain who literally has food on his face in almost every shot. Fight scenes are adequate for an 80s martial arts film, and there are awkward training montages and some silly breakdancing scenes to boot. Tai Chung Kim plays the ghost of Bruce Lee – no, really!, Timothy D. Baker is earnestly terrible as Jason’s milquetoast father, and Kathie Sileno provides a bland performance as Jason’s on-again, off-again girlfriend Kelly. Had Kurt imbued some of the charisma or charm of Ralph Macchio, the film might have earned a better cultural standing. Ultimately he’s an unappealing hero – shoving his girlfriend and aggressively pouting for much of the film – and the movie is known, if at all, as a cult classic. 3/5