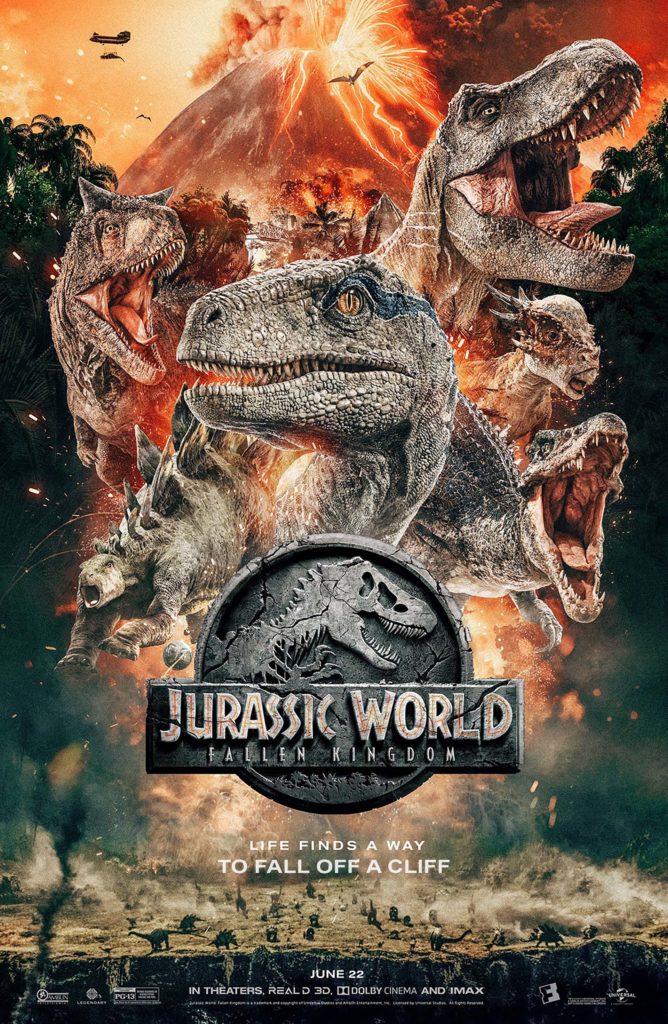 The Jurassic Park series is one of the highest-grossing media franchises of all time, and while at this point the series is not likely to grow creatively or offer up any terribly new material, the latest installment doesn’t quite phone it in, either. Ultimately if you’re looking for a fun summer blockbuster with lots of dinosaur scares, Fallen Kingdom makes for serviceable viewing – if it still commits some of the errors we’ve come to expect in these films.

A recap: the events of 2015’s Jurassic World were set 22 years after Jurassic Park, as a reboot positing that the (fairly poorly-received) sequels The Lost World and Jurassic Park III hadn’t occurred. In Fallen Kingdom, we enter in a few years after the disastrous events of JW.

Got it? Don’t worry. It really doesn’t matter.

The island is in ruins, and dinosaurs dick around left and right. A secret mission by baddies to pick up DNA (of course!); an animal rights movement forms that now seeks to protect the surviving island inhabitants. Conveniently, Isla Nublar is also vulnerable to a volcano that threatens to wipe out the remaining creatures any minute – so we’d better do something now before we have time to think it through, no? (I guess they didn’t notice the volcano when they built the place.) Do-gooder Claire (Bryce Dallas Howard) is firmly in the “save-the-dinos” camp, and she convinces her ex-boyfriend Owen (Chris Pratt) to return to the island, ostensibly to rescue his pet, the super-smart raptor Blue. Will the pair be double-crossed by the paramiltary group supervising the trip? Oh gee I wonder! 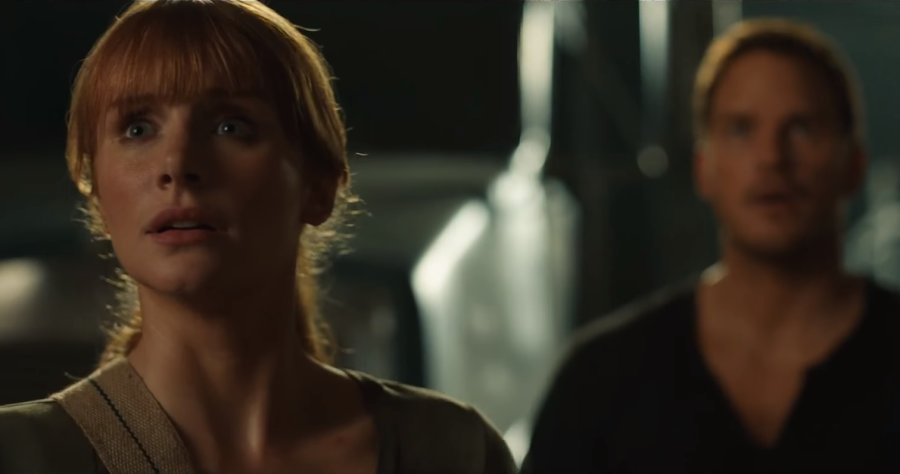 Complicating the plot we have – who else? – creepy entrepreneurs exploiting sketchy DNA for personal gain, evil rich people and warmongers looking to pay (seriously… all we needed were capes and moustaches to twirl), and beefy mercenaries to serve up as Baconator sandwiches for our chompy, scaly critters.

What to expect? A new SUPER creepy dinosaur (because ever JW film has to have a NEW one who is just, like, the worst), some great action sequences, and a little less cutesy dialogue than previous films (thankfully). Of course it wouldn’t be the Jurassic Park franchise without terrifying a small child past what could even be considered okay in a film. In heroine Claire, the film persists in the irritating sexism that plagued the first reboot. Properly chastened during the first JW for not liking kids and for being good at her job (what men call “a bitch”), Claire is now softened up with a low ponytail and a series of dewy-eyed, entreating gazes at Owen for about eighty percent of the film. Vaguely sensing it would be smart to bring in a Strong Female Character, the producers cast Danielle Pineda as Zia Rodriguez, a Marine-cum-paleoveterinarian who has some good lines (and an even cooler t-shirt). Justice Smith is along for the ride as the tech-nerd, predictably delivering comic relief. Rafe Spall, Ted Levine, Geraldine Chaplin, B. D. Wong, Toby Jones, Isabella Sermon, and James Cromwell round out the competent cast. 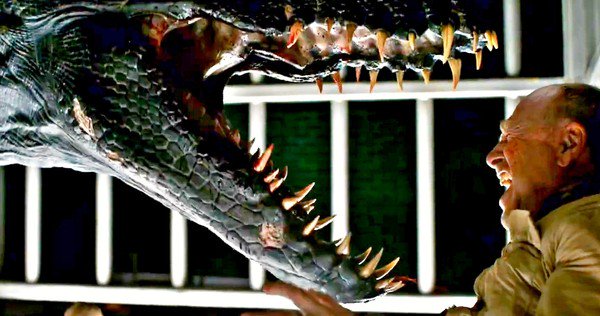 At a two hour and ten minute runtime the film is paced well enough, provides some engaging action sequences, and poises the franchise for its final (?) act. Look, I’m probably going to watch every Jurassic film they make, for the nostalgia factor alone. This was one of the better installments.