What kind of week is it when all I’ve managed to watch is a bottom-of-the-barrel Corey film? To be fair, I’ve been working pretty hard at binge-watching “Brooklyn 99” to prepare for the new season, and reading grim British detective novels. Here is the week’s solitary B-movie viewing, in all its soggy glory! – K. 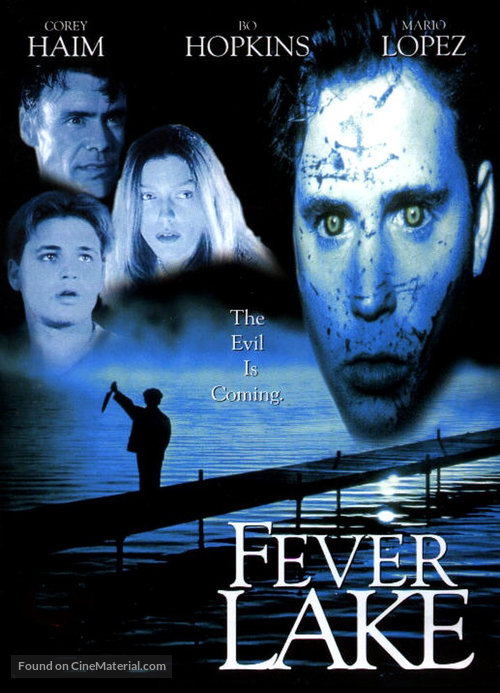 Fever Lake (1996)
On a dark and stormy night in the forties (I guess?), ominous music opens on an isolated house; inside, a terrified woman barricades herself in an upstairs bedroom after securing her son in the attic. A man enters the home, puts some vinyl on the phonograph, and grips an axe. Climbing the stairs menacingly, he then bursts into the bedroom and kills his wife, as his child looks on from the attic. As the murderer leaves the bedroom he looks up at his terrorized son peeping out from the attic and shouts something about a curse.

Years later, a group of teenagers – or college students? – banter about their weekend plans: heading out to an abandoned house that is thought to be haunted, adjacent to a lake that’s thought to be more haunted still. Sound familiar? The group, which includes Corey Haim, Mario López, and school-newspaper reporter Sarah (Lauren Parker) are planning a relatively low key triple-date kind of affair. Sarah hopes to write an expose on the haunted lake (snore!), and two of the boys hope to hook up. The town is populated, besides a few local yokels, with a cigarettey sheriff (Bo Hopkins) and a fringe-jacketed Native American man named Clear Springs (Michael Wise); throughout the film the latter will glide up to the former to deliver ominous premonitions. Clear Springs also spends his free time chanting, and at one point he catches on fire but it turns out that was no big deal. 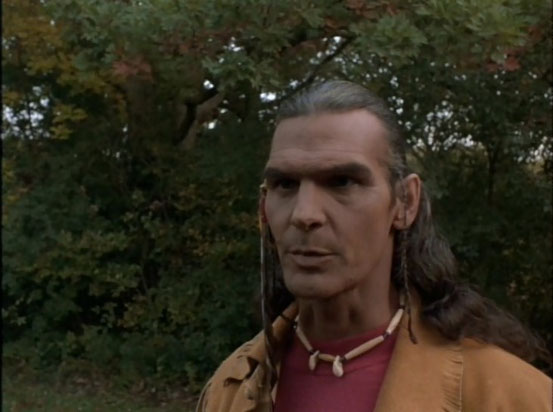 So yes, there is something spooky in or about the lake that causes people to turn into killers, the lake to boil, and a wolf to menace and then (apparently?) maul local residents (the mauling scene is confusing). Both Albert (Haim’s character) and Sarah (the writer) start acting spooky and it’s easy to figure out where things are headed. One or both is possessed. Big deal. 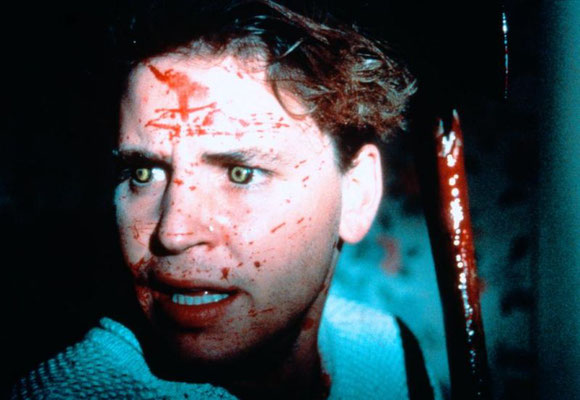 Gore effects are minimal; suspense is minimal. But the film’s main failing is it’s boring. The killer doesn’t show up until about seventy minutes into the film (!) so this makes for incredibly tepid viewing. Haim, who by all accounts lived a tortured life including suffering abuse as a child and later falling into catastrophic drug addiction, looks drawn and sad the entire film. The movie is solid B-movie fare, but little else. The project inspired a very funny Rifftrax, and of course is a must-see for any Corey Haim completest. 2/5