I’m binge-watching the Netflix Indian Original “Sacred Games” and I have some damn opinions! But in the meantime, here’s a little musical theater gristle to tide thee over! – K. 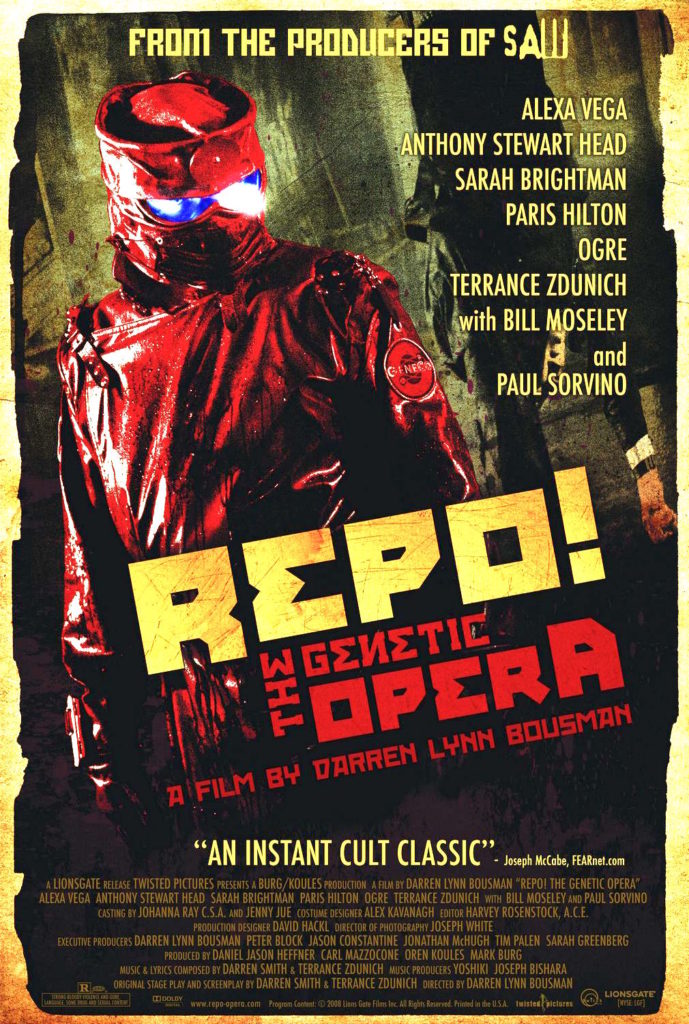 Repo! The Genetic Opera (2008)
I was stuck watching this overlong musical production (two hours thirty minutes!) as I am but one of four B-movie cinephiles who pick the films on Monday nights. The project isn’t nearly as hardcore or gory as images and reputation may suggest; in fact it’s rather tame and at times very sweet. It has a cult following and I have no trouble seeing why. The project reminds me of a mashup of Rocky Horror (the reboot), The Crow (1994), and Sin City (2005); the screenplay also sticks to traditions of libretto in a way that might indeed satisfy opera fans. Violence, family secrets, betrayal, murder, jealousy. That stuff. The fashion of the film is cute (and like… goth AF) and although a “small budget” project, clearly a lot of love went into this film.

The plot? Oh do we have a plot! In the goth-apocalyptic future, megacorporation GeneCo controls the trade of organ transplants, which have become a necessity for most and a niche playground for the elite. Clients who cannot pay for their organs are hunted down by Repo Men (or … one Repo Man? I wasn’t clear), who then cuts out the defaulted organ.

While singing. Of course.

GeneCo’s CEO, Rotti Largo (Paul Sorvino) frets about his three adult children (Paris Hilton, Bill Moseley, and Nivek Ogre), his declining health, the future of GeneCo, and his indentured singer/courtesan Blind Mag (actual opera star Sarah Brightman). Meanwhile but not unrelated, sickly 17-year old Shilo (Alexa Vega) languishes under the care of her doting father Nathan (Anthony Stewart Head), who harbors a secret. OK, he doesn’t so much harbor it as the film exposes it almost immediately: it turns out, Nathan moonlights as A/THE REPO MAN! and also, HE BLAMES HIMSELF FOR SHILOH’S MOTHER’S DEATH (see… I told you it was like a real opera!). Finally, Repo! creator Terrance Zdunich plays GraveRobber, a man who fashions a designer drug from corpses and, more importantly, provides the sort of Greek chorus establishing plot. Over, and over, and over again. He really likes singing at us. Boy, howdy. 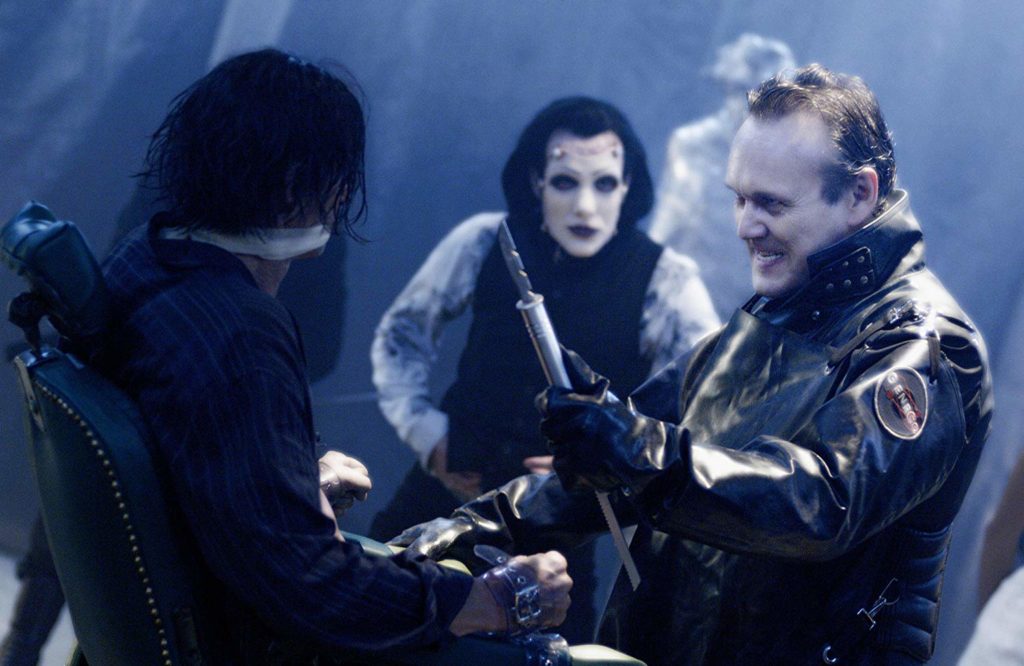 The project is enthusiastic and clearly lovingly-rendered, but the plot is explained ad nauseam, and – far worse – SUNG ad nauseam. Oddly most of the film’s setup is explained in an animated prologue at the beginning of the film; however, that does not keep the screenwriters from describing just who everyone is, just what happened, and just why they’re upset – over and over. The writing also at times seems like it was penned in another language and put into Google Translate (“The only thing with persistence is gold!”, and “I will leave your diapers dripping!” – for instance).

Themes are simple: greed, gloom, lust. There is a lengthy song or two about the underbelly of prostitution and the drug trade, which neither offers us any inventive spin on such matters nor seems to say anything new or particularly clever about actual society today. In true opera form everyone would die in the finale, of course; in this version they’re going to spare one or two people because deep down this project – despite stabbings and guttings and such matters – is kind of a softie. Anthony Michael Head is legitimately fun to watch, Alexa Vega is competent and sweet in her role, and Bill Moseley tears his shirt off. Lots. 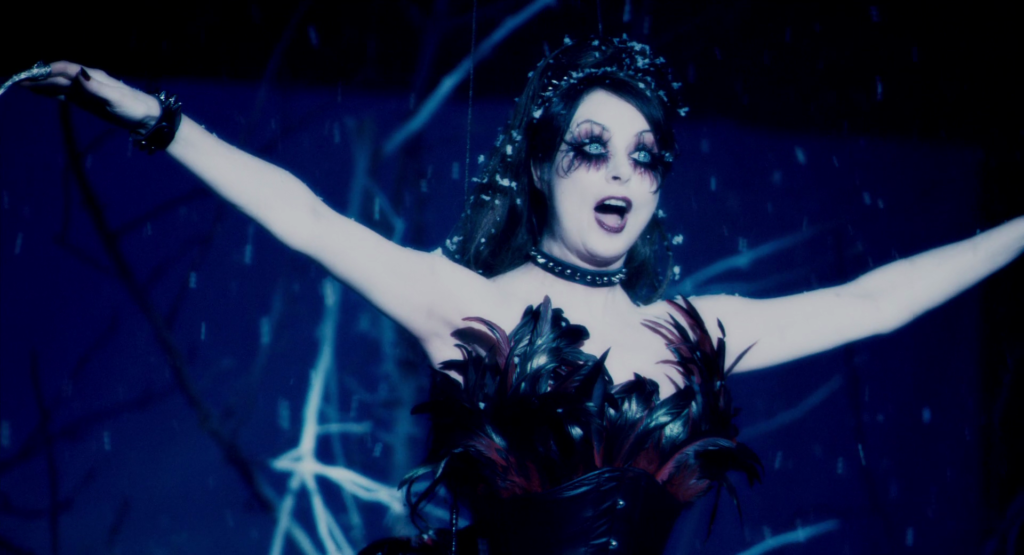 The dragged-out pace and the sameness of the mumbly songs make sense when you read the original work was performed in one act. Fans of the aforementioned films and styles might really enjoy this one. As for me, I think brevity would have better suited the premise. 3/5