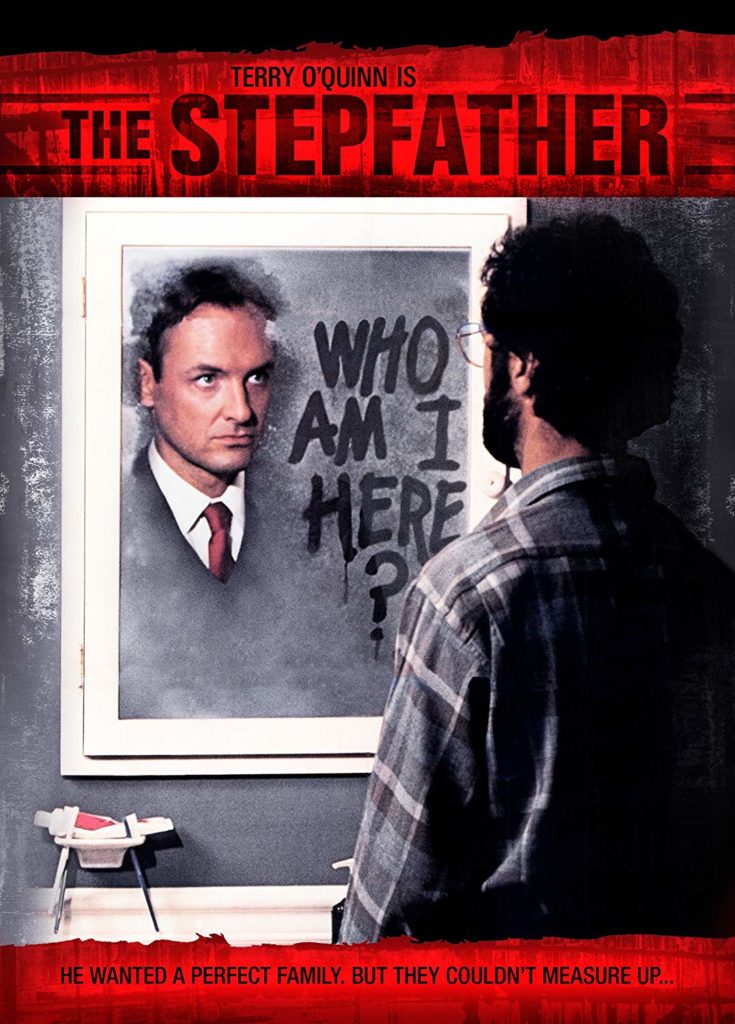 The Stepfather is a 1987 horror film that spawned two fairly campy sequels and one remake; it was Stepfather II that first introduced me to the franchise. At the time, covertly watching late-night cable at a friend’s house, I was just a young sprog with little concept or knowledge of domestic violence (either personally or socially). On a recent re-watch of the first Stepfather film I pronounce it near perfect, and absolutely terrifying. Rather than a histronic blood-or body-soaked slasher it is a menacing, exacting little horror story that to this day confounds us. Men are still wreaking terror and violence in their homes, killing their partners and children, and people are still explaining it away (“He seemed so normal…”) or trying to find justify to small or large degree the violence (“His wife was suspected of having an affair…”). Even for family vignettes well short of murder, The Stepfather details the horrors that far too many women and children endure: a controlling patriarch who requires his family live up to his warped, self-absorbed standards – or else.

In the film’s first scenes we have no illusions as to title character Jerry Blake’s dangerousness (Terry O’Quinn); after the credits he is shown showering, dressing, and stepping neatly over the mangled bodies of his young family before exiting his bucolic township forever. A year later he’s established in a new identity, township, and family home, romancing single mom Susan (Shelley Hack) and trying to win over Susan’s teen daughter Stephanie (Jill Schoelen). Stephanie’s not having it, however. Her intuition tells her that Jerry is “a creep”, that he has hangups about sex (at least where women are concerned), and that the genial, Boy Scout visage he presents to the public hides the darker side within. It is upsetting – and somewhat depressing – to watch Stephanie try to convince her friends, her mother, and her guidance counselor that something is off with Jerry; we know this scenario has played itself out in real life too many times. Eventually, she gets another adult to believe her enough to look into her stepfather; this adult, as well as the private investigations of Jerry’s former brother-in-law (Stephen Shellen), begin to apply pressure to Jerry. As the noose draws tighter he begins to – surprise! – find his family disappointing and more trouble than they’re worth.

The film has plot holes – obviously. We know that white men can often bluff their way into new jobs or careers without proper credentials; less convincing, however, is how Jerry has the resources to support his every-few-years of middle-class hopping from family to family. Local police and newspapers seem laughably disinterested in a family-murdering suburban serial killer even when very plausible leads are delivered to them.

But the premise, pace, and villainy of the film is hard to deny or resist. O’Quinn is a strong actor but I’ve never seen him better than in this film. He is handsome, charming (in a thoroughly creepy way), and creepy as all get-out. His disconcerting fall-apart in the third act – “Who am I here?” – is absolutely chilling and the violence of the final minutes is a little too real and damned uncomfortable to sit through.

I challenge viewers to find a more true-to-life scary film. Most horror movies rely on jump scares and gore;The Stepfather doesn’t have to. 4.5/5 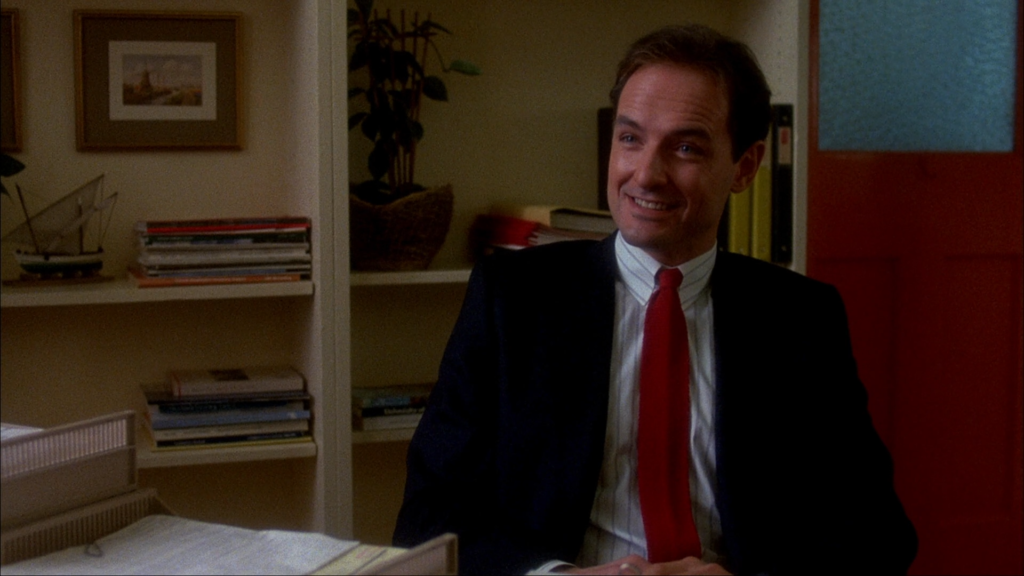