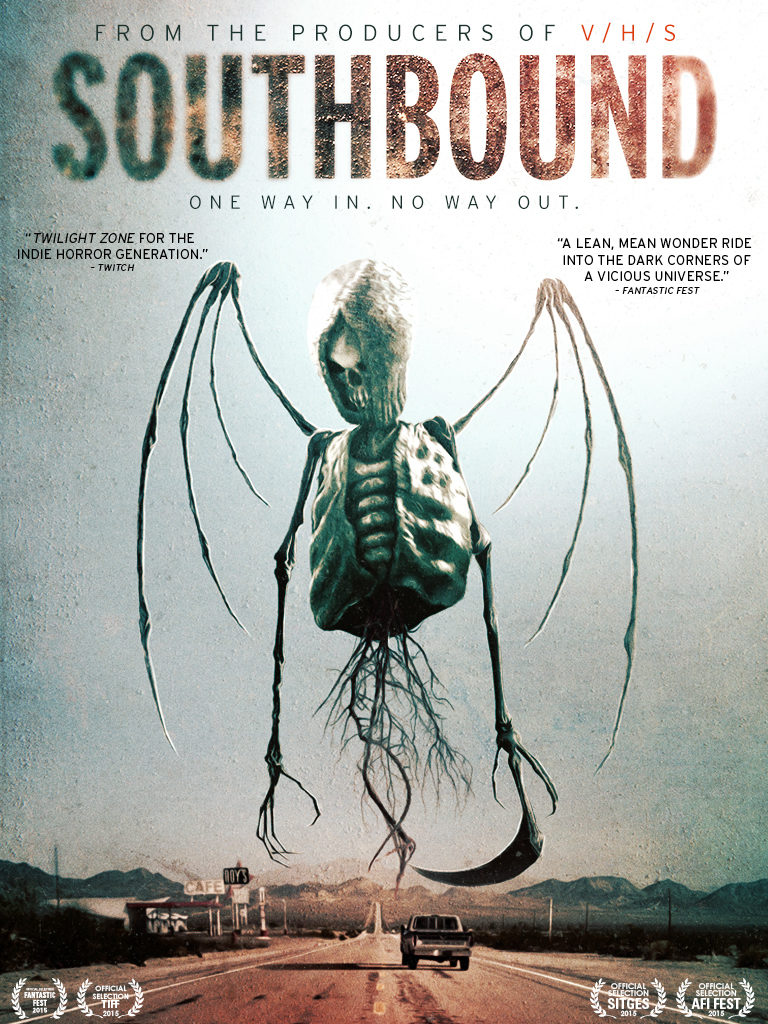 So, horror anthologies. Let’s face it: they’re corny. While I understand their appeal, I’m usually not compelled by the typical fare they consist of: sci-fi “gotcha” vignettes, spoooooky morality twists – or simply, relentless cruelty. This film uses the latter two elements liberally, and while the project has a great atmosphere, it didn’t quite pull me in.

Southbound showcases five vingettes and four directors (Radio Silence, Roxanne Benjamin, David Bruckner, and Patrick Horvath). The first and final segment are most closely related, but minor elements in all five stories are sprinkled through the others. Viewers have complained that the chapters don’t tie up all loose ends, but this didn’t bother me particularly. I don’t think the writers even had those links in place – they are more Easter eggs than legitimate story devices. Southbound will show us a poster in the background of one scene, for a band we see in another story; the same truck central to one omnibus entry will be parked in another chapter’s background. That kind of thing.

As for horror, the stories are nice and creepy and deliver a surprise or two. The film uses judicious special effects, both computer generated and practical, and does not rely on jump-scares. The weakest effect is likely the floating CGI creatures, and since these are the first effects in the film, a somewhat B-grade impression is made at the onset. Our second story showcases cornfed Satanists in a Beaver Cleaver familial setting, awaiting new (willing or not-so-willing) recruits. The next vignette centers on a torturous physical ordeal, graphically rendered with lots of blood and breaking bones; these horrors are all divested on a pretty young woman as she gags and twitches (as if we haven’t seen plenty of that in horror). In our next chapter a man somehow transcends the physical realm and combats demons to try to rescue his long-lost sibling. In the finale, a home invasion turns (what else?) deadly. 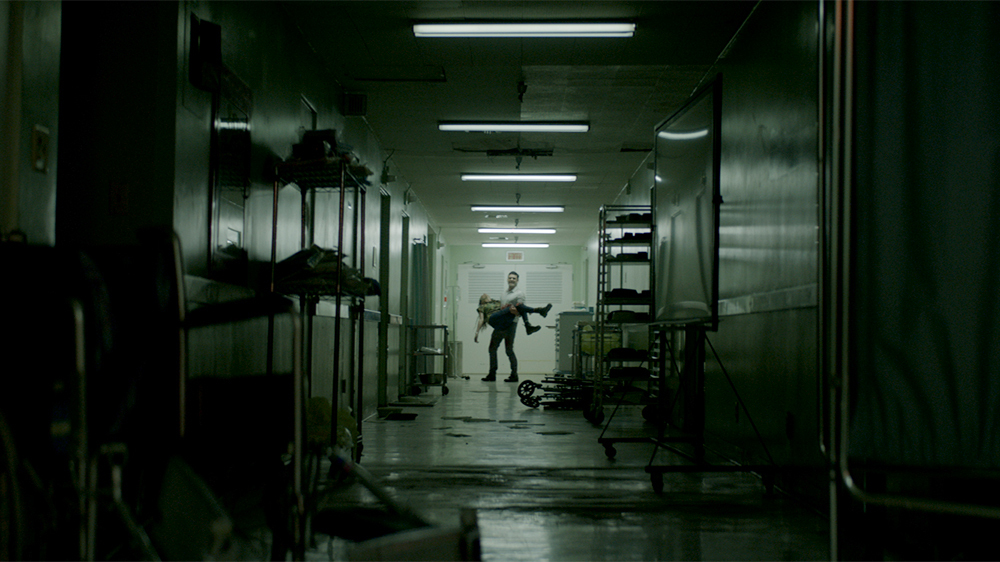 So while Southbound didn’t get me going too much, it was pretty good as far as horror anthologies go and it’s a nice enough horror project. One gets the distinct impression the actors enjoyed making the film, and that always leaves an agreeable effect. Don’t let my personal disinterest in anthologies dissuade you from giving this horror chapterbook a try. 3/5