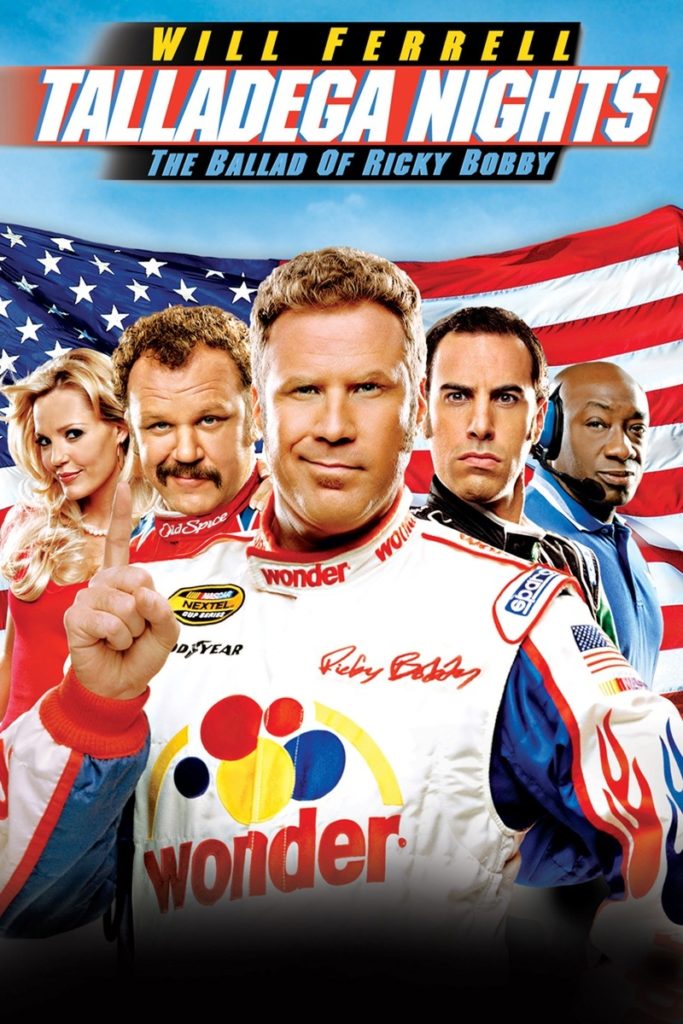 Hard on the heels of the successful and comedic game-changer Anchorman, Adam McCay and Will Ferrell once again team up for another half-slapstick, half-surreal niche comedy. Rather than a knuckle-dragging send-up of NASCAR and the American South, Nights instead serves up a racing homage and a loving buddy-film antidote for America’s masculinity crisis. Did I mention, too, that it’s funny as hell?

Ferrell stars as a white trash, fatherless Ricky Bobby who grew up attaching himself to two constants: a faithful best friend (Cal, as played by John C. Reilly) and a love of car racing. At a fateful professional race he stands in as a driver and proves his aptitude; soon, he’s a big moneymaker in sponsor dollars and successfully installs Cal as his backup buddy in another sponsored car. In a few years Ricky Bobby has earned a McMansion, a host of gas-guzzling cars, an aggressively supportive trophy wife, and “raised” (in the loosest sense of the word) two spoiled pre-teen sons (Houston Tumlin and Grayson Russell). His best friendship is still strong, but Ricky Bobby is failing to notice Cal feeling left out professionally and taken for granted personally. Ricky Bobby is high on the hog, and hurtling toward a fall.

His fortunes are soon reversed after two calamities: first, a traumatic crash and then, a superior rival in French Formula One racer Jean Girard (Sacha Baron Cohen). Girard is everything Ricky cannot touch nor comprehend: he is sophisticated (reading Albert Camus and sipping espresso while driving), he keeps his cool under pressure, and he’s a better driver. He is also openly gay, arrogant, and perfectly humorless. Sacha Baron Cohen is nothing if not entirely effective in his caricatures, and twelve years later his straight-laced, over-enunciated ridiculously accented dry line deliveries are some of the best lines in the film. But there is a lot of fun to be had everywhere else, to almost a cast member: especially as Cal and Ricky Bobby’s friendship is put to the test. Neither Cal or Ricky Bobby are astute enough to figure out what’s happening between them as Ricky Bobby’s crackup and Cal’s promotion put the pair at odds. Cal also accept’s Ricky Bobby’s wife’s sexual advances and is bewildered as to why Ricky Bobby is angry with him about it. Reilly’s performance is, predictably, brilliant: he’s sweeter and even less intelligent than Ricky Bobby, an absolute innocent. When I first saw the film his “Mike Honcho” monologue had me laughing so hard in the theater I was choking!

Support cast is note-perfect, including Molly Shannon as corporate wife and drunk (bored, inappropriately sexual, and constantly making a scene), Gary Cole as Ricky Bobby’s reprobate of a father, and Jane Lynch as Ricky Bobby’s mother (who steps in to serve as firm disciplinarian to Ricky Bobby’s out-of-control sons). Michael Clarke Duncan plays Ricky Bobby’s friend and pit boss Lucius; he gets some great comedic lines, including a scene in the hospital when he and Cal try to (gently, at first) break the news to Ricky Bobby that his post-crash ailments are psychosomatic. Still an awesome sketch; still impossibly funny. And finally: it’s important to note that the film casts several NASCAR and automotive personalities in the movie as cameos, and is generally embraced by the racing crowd. It’s easy to poke fun; but to deliver a goofy, sweet, homage film takes a lot more skill. 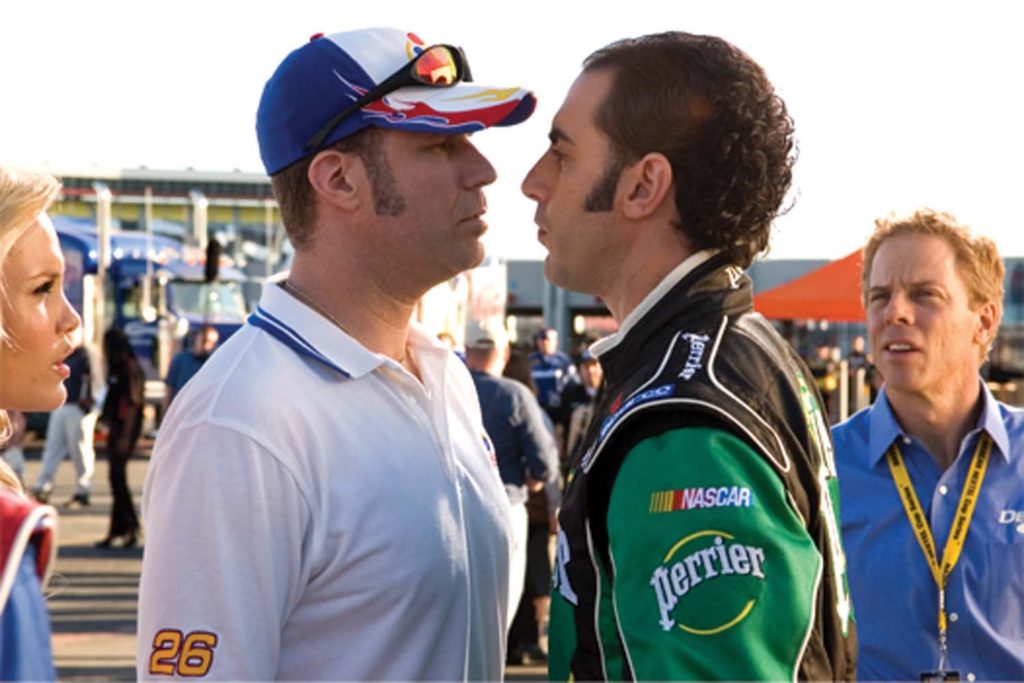 It is strange to watch a comedy that is not that old, really, but culturally feels like it; pre-marriage equality and pre-marijuana legalization, for instance. The character of Ricky Bobby represents the worst of American men, I suppose: materialistic, wasteful, a neglectful father, homophobic, and not-too-bright. But he is not mean-spirited so much as immature, and he grows up in the film. Not a lot, but enough.