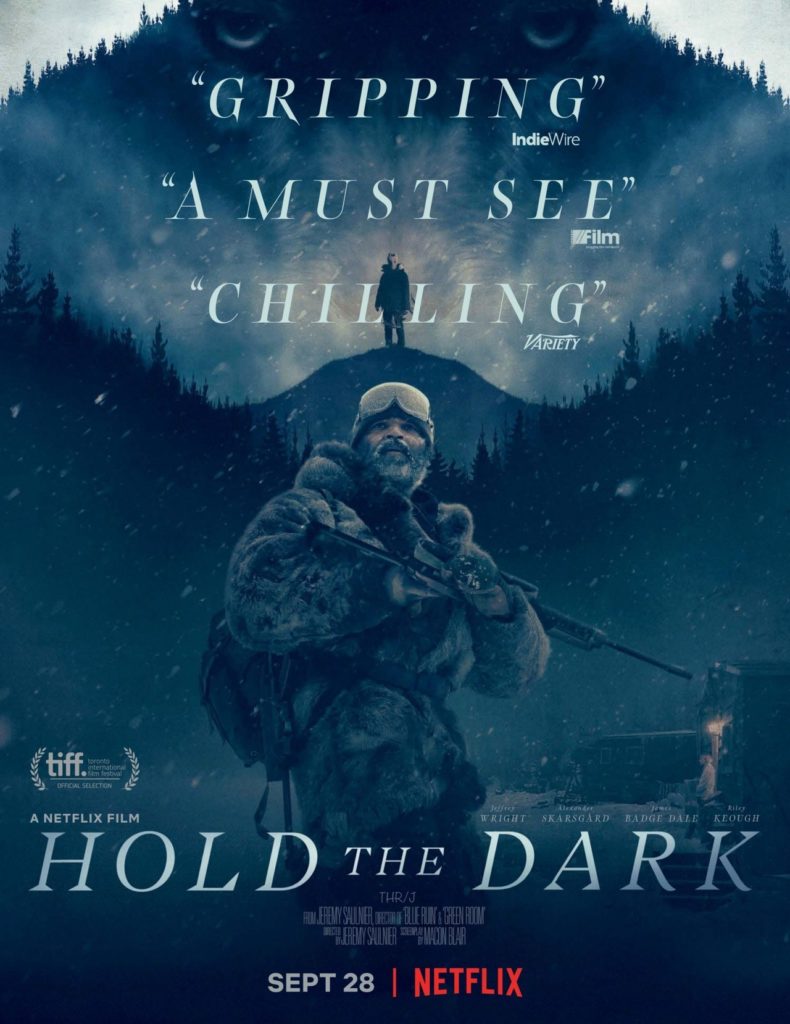 Aging, morose naturalist Russell Core (Jeffrey Wright) is summoned to a remote Alaskan village a few days after a woman’s young child is taken by wolves. The mother, Medora Sloane (Riley Keough) greets Core with long, whispered poetic soliloquies about her husband (stationed in Iraq) and the general isolated grimness of remote Alaska. It doesn’t take long to realize: it’s going to be that kind of movie. You know, a little more fartsy than artsy. 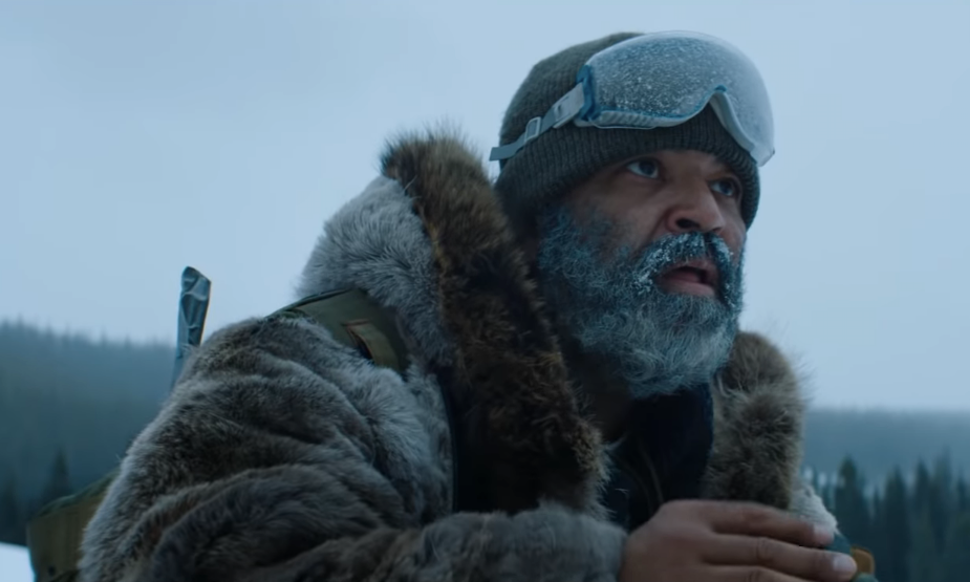 On his first evening there Medora tries to seduce Core; she seems also to harbor a seriously self-destructive streak. The next day he outfits himself and goes looking for the wolf pack despite a few sinister warnings by Native Alaskan villagers, who regard Medora and her family with suspicion. Upon his return to the village Core experiences a nasty surprise in his investigation, Medora flees, and her husband Vernon (Alexander Skarsgård) returns home and initiates a bloody revenge mission. Local sheriff Donald Marium (James Badge Dale) is put on the case (for both the young boy and the mounting murders) as he and Core begin to uncover more mysteries. Well, not so much “mysteries” – as bodies.

The film is a slow, and I mean a slowwwww-paced slog, interspersed with unpleasant killings and a second-act shootout so egregiously violent as to beggar belief. The creepy Alaskan frontier is stunningly if implausibly rendered (the project was filmed in Canada), haunting and beautiful all the same. The talent and charisma of Wright and Dale go a long way to holding our interest. The film features director Jeremy Saulnier‘s trademark bleak, gory rural noir elements and if you’ve seen his breakout film Blue Ruin you know a fair bit of what you’re going to get. And what of it? Manguish-laden violence aside, it’s a pretty good formula.